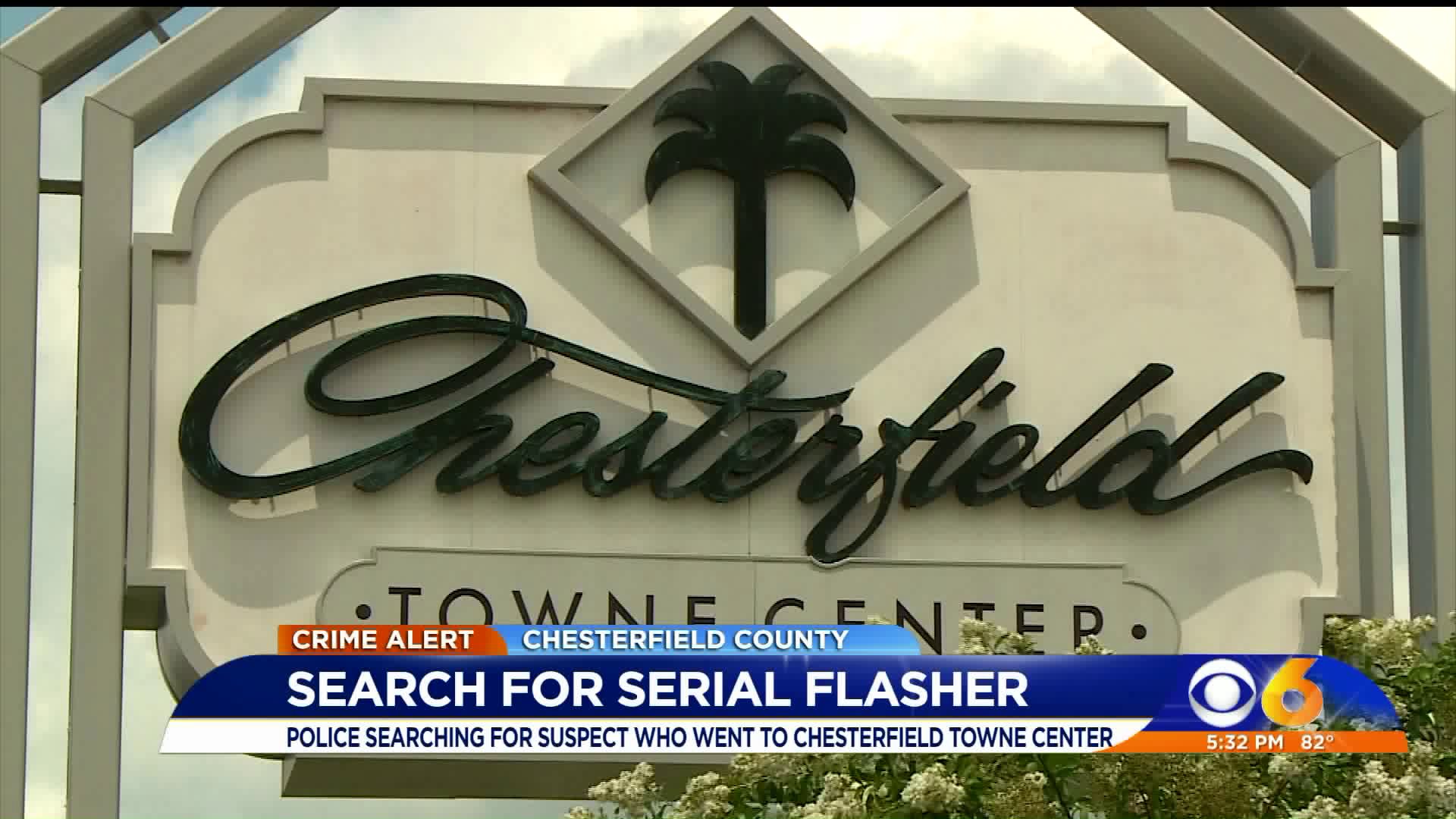 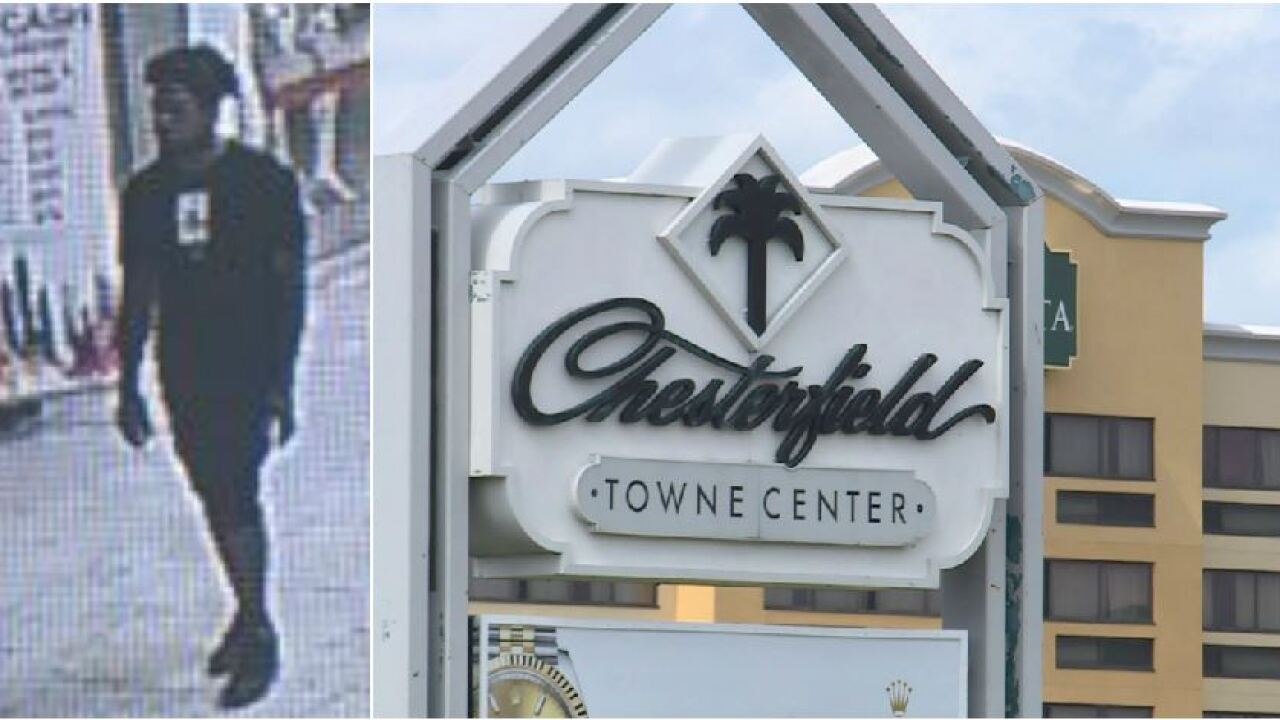 CHESTERFIELD COUNTY, Va. -- Police have asked for help in identifying a man wanted for exposing himself to people at Chesterfield Towne Center.

There were four reported exposures between February and May 2019, according to police.

Crime Solvers is now releasing surveillance photos of a suspect and offering a $1,000 reward in hopes of capturing the suspect.

“That’s awful. I hope they catch him,” said Tina Breeden.

That was the general reaction from people who live, work, and shop in and around the Chesterfield Towne Center. 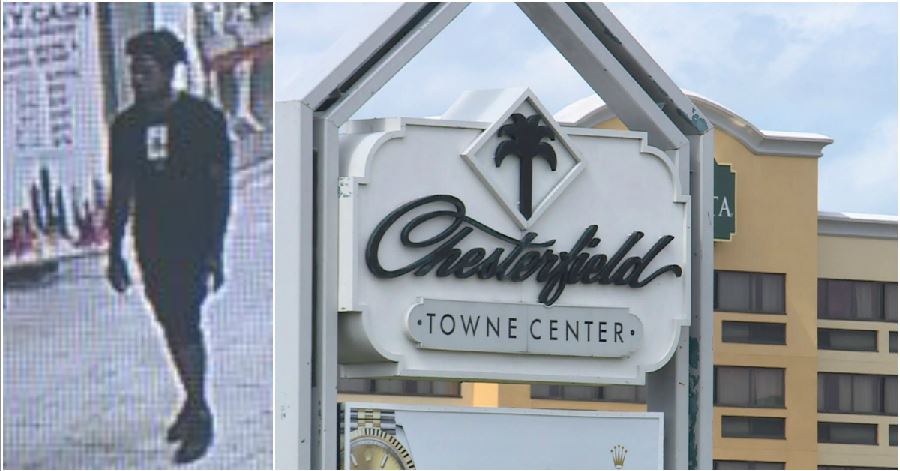 The man was described as being approximately 6 feet tall, in his late 20's, having a dark complexion, a small goatee, and short dreadlocks.

If you can help solve this crime, or have information about any unsolved crime and/or wanted person in Chesterfield County or Colonial Heights, call Crime Solvers at 748-0660, or use the P3-Tips mobile app. We guarantee you’ll remain anonymous and you could receive a cash reward up to $1,000.