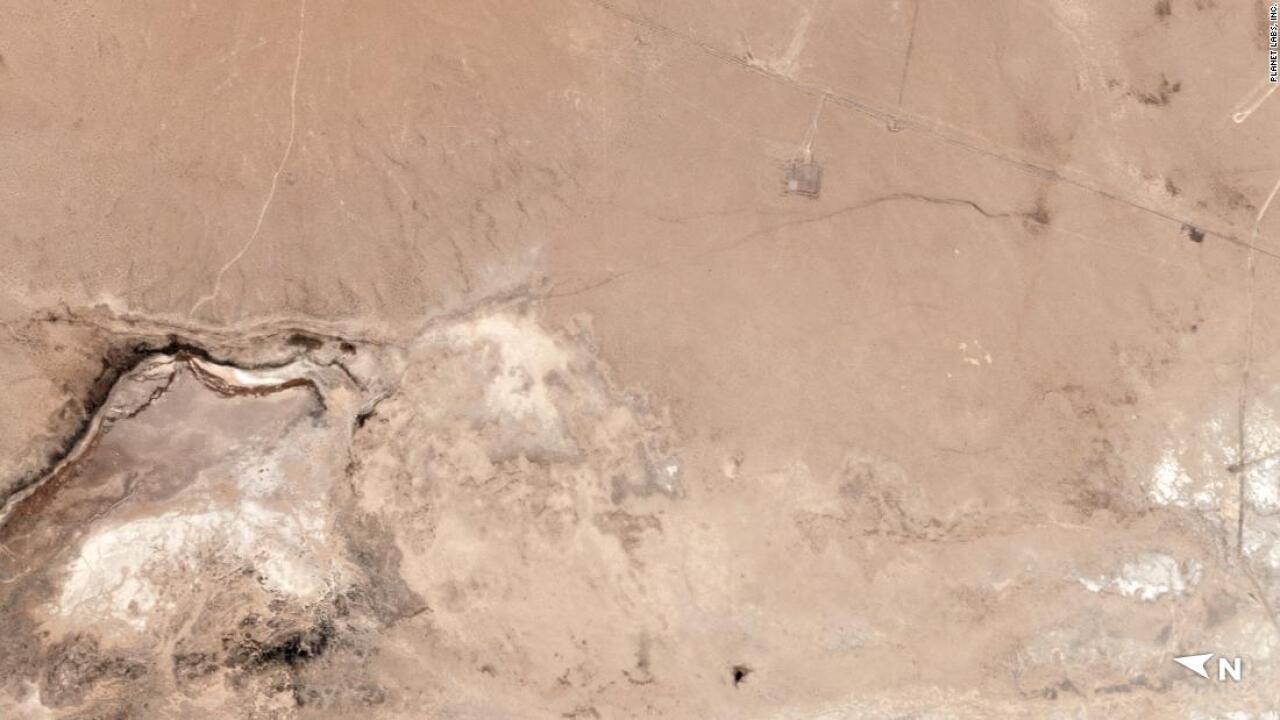 The 7.1 magnitude earthquake that shook California on Friday also ripped open a fissure.

When the shaking started at 8:19 p.m., many scrambled for cover. It was the second strong earthquake to hit the area in less than 48 hours.

The immediate damage it caused was very clear. Stores had broken bottles and exploded cans littering their floors and other items that had been hanging on walls had toppled over.

As the sun rose the next day, it also became clear that the area’s topography had changed.

Satellite images provided to CNN by Planet Labs, Inc. show a crack has formed in the area close to the epicenter.

The large crack extends some distance from an area that apparently held water before. The erosion patterns on the desert sand indicate that some of that water was sucked out.

The satellite image isn’t the only evidence that the region’s topography was changed by the earthquake.

This photo was taken on 178 SW of Trona. The road is now closed for repairs. pic.twitter.com/TOuf6XlwgJ

A nearby highway is now shutdown after tremors cracked and moved sections of the roadway.