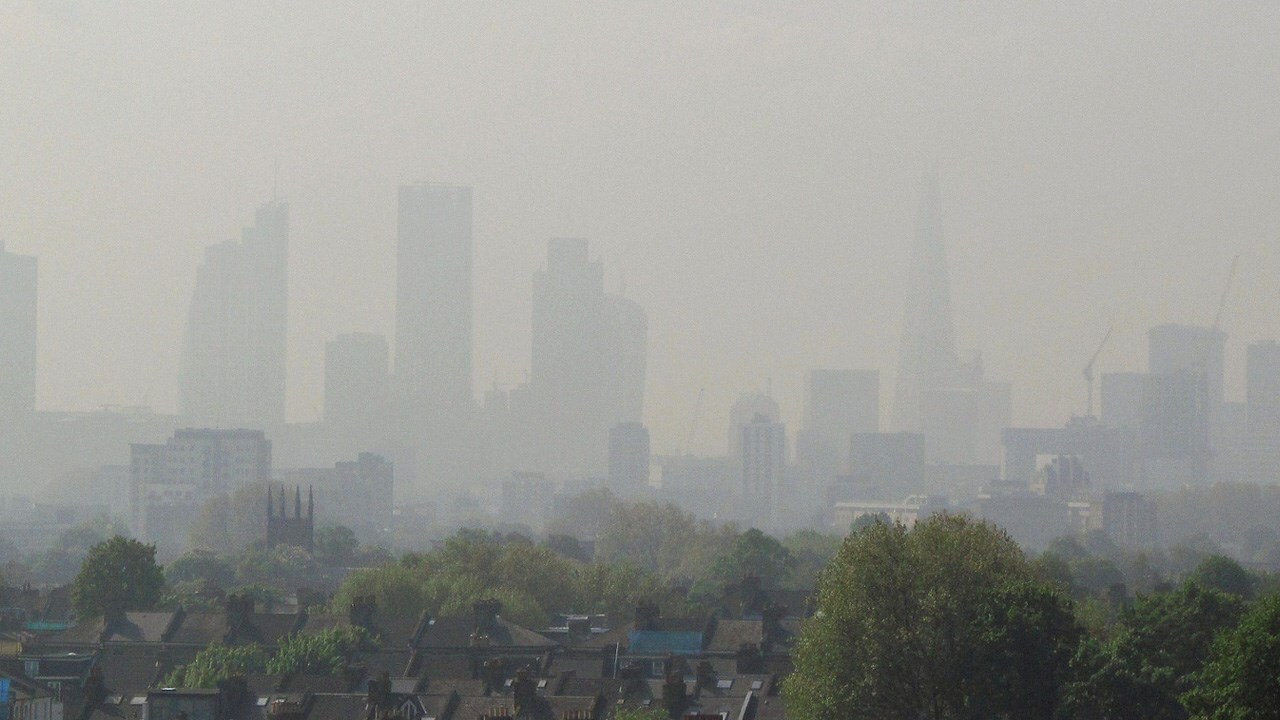 By: CNN Wire
Posted at 7:21 PM, Jul 08, 2019
Air pollution does a lot more damage to our lungs than scientists realized, according to a new study in Monday’s European Respiratory Journal. Researchers found it ages lungs more quickly and putting us at higher risk of COPD.

Your lung function declines as a part of natural aging, but this study found that exposure to particulate matter pollution ages your lungs even faster — and the more pollution you’re exposed to, the quicker your lungs age.

The study found that for each additional 5 micrograms per cubic meter of particle pollution a person was exposed to on average annually, the lungs showed an equivalent of two years of aging, and a real reduction in lung function.

Particle pollution is the mix of solid and liquid droplets in the air, according to the US Environmental Protection Agency. It can come in the form of dirt, dust, soot or smoke. It comes from coal- and natural gas-fired plants, cars, agriculture, unpaved roads and construction sites.

For people living with air that has more than 10 micrograms per cubic meter of particle pollution, the situation was much worse. Among that group in the most polluted areas, the number of COPD cases was four times higher than if a person lived with smokers, and half that of people who had been smokers. COPD, chronic obstructive pulmonary disease, is a term used to describe lung diseases that block airflow and make it difficult to breathe. It’s the third leading cause of death in the world. Although many with COPD smoked at one point in their lives, it can also be genetic, and it can be caused by a person’s environment.

Researchers came to their conclusions using data from the UK Biobank. It surveyed more than 300,000 people and participants were given tests to determine their actual lung function. The study went on between 2006 and 2010. The researchers then conducted multiple tests to see how long-term exposure to higher levels of air pollution was linked to the changes in how people could breath. They factored for people’s occupations that may expose them to pollution and to people’s exposure to cigarette smoke.

They think air pollution has this impact because it causes inflammation in the lungs, which narrows airways and makes it harder to breathe. Air pollution also increases the risk of heart disease, strokes and lung cancer.

The test results were even worse for people living in low-income households.

“Air pollution had approximately twice the impact on lung function decline and three times the increased COPD risk on lower-income participants compared to higher-income participants who had the same air pollution exposure,” said study author Anna Hansell, a professor of environmental epidemiology in the Centre for Environmental Health and Sustainability at the University of Leicester. She thinks this pollution may impact this population because it faces several obstacles that harm their health, including poorer housing conditions, worse diets and more limited access to health care. Much more research is needed, she said.

The number of COPD cases is expected to increase dramatically in the next 10 years, and the rising levels of pollution, made worse by the climate crisis, will likely play a large role in that.

In the United States, earlier studies have shown that an increasing number of Americans, 141.1 million — 4 in 10 — live in counties that have air with unhealthy levels of particle pollution or ozone.

President Donald Trump made a pledge in his 2017 State of the Union address to “promote clean air and water,” but his administration has reversed or proposed rollbacks to major air pollution protections, emissions standards and drilling and extraction regulations.