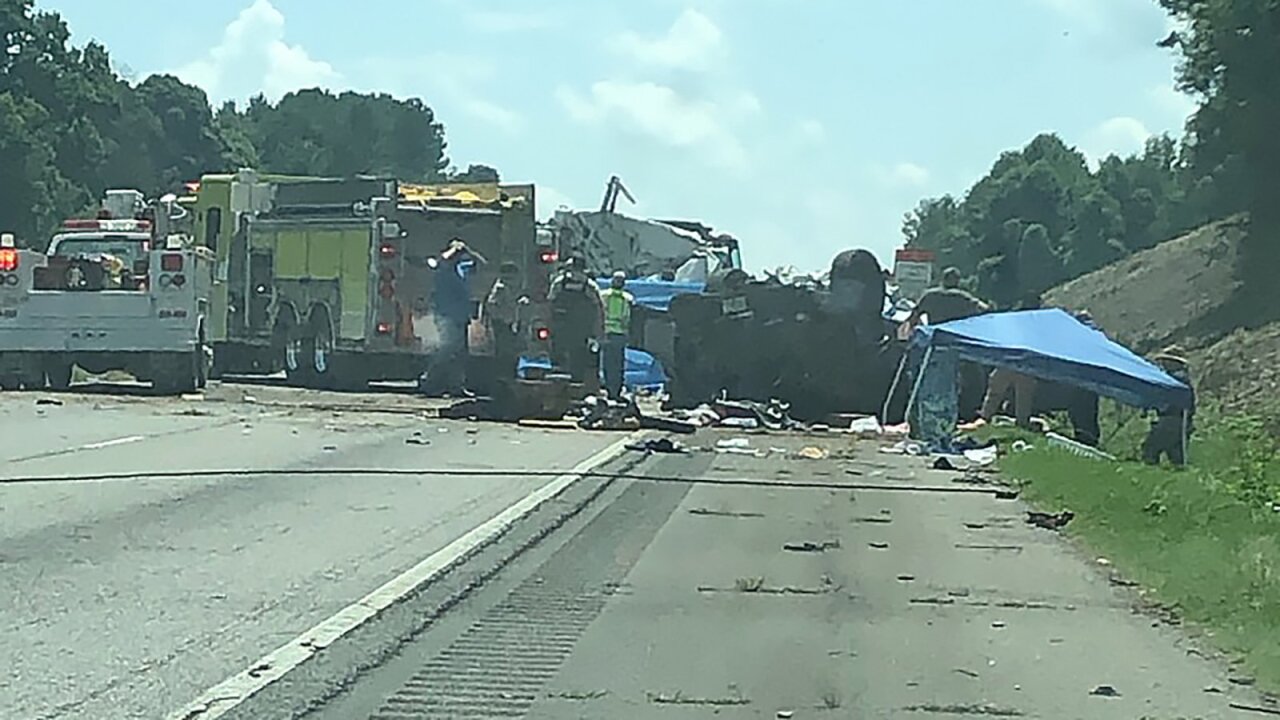 Seven people died in a crash on Interstate-85 in Georgia on Saturday.

FRANKLIN COUNTY, Ga. — An SUV crossed the median of a Georgia highway and crashed into a van going the opposite direction, killing seven people and injuring three children, authorities said.

Four adult Hispanic men from Gainesville, Georgia, in the Chevrolet van were all confirmed dead at the scene, authorities said.

No one in the Ford E350 van was injured.

Authorities are not releasing victims’ names yet.

The crash took place in Franklin County in northeast Georgia.