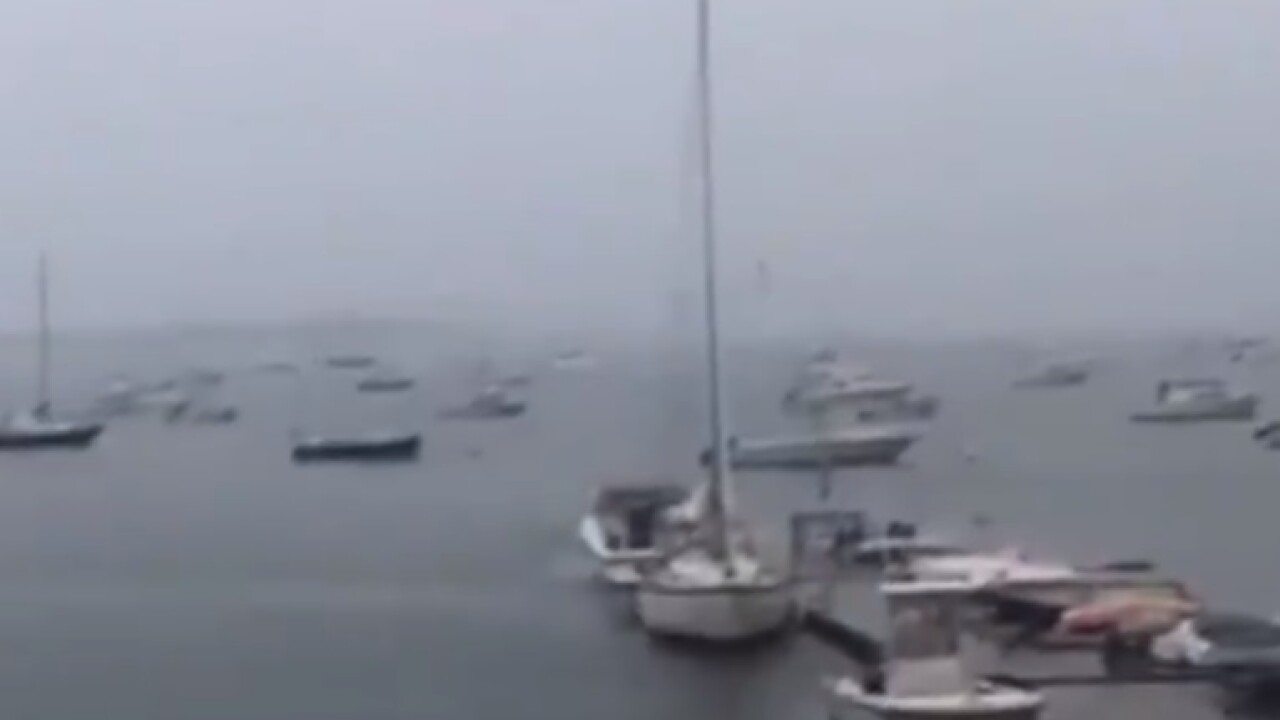 SOUTH BOSTON — As powerful storms rolled through Massachusetts on Saturday, one person caught the exact moment a boat owner got extremely unlucky.

A passerby recorded a bolt of lightning striking a boat docked in South Boston in a video obtained by CNN affiliate WFXT.

The owner wasn’t on the boat and no one was hurt.

With thunderstorms rolling across Massachusetts and New England on Saturday, one person in South Boston caught the #shocking ⚡⚡ moment when lightning struck a nearby boat. #boston #boston25 #southie #zap pic.twitter.com/mVylFptsGr

The National Weather Service (NWS) issued a warning for heavy rainfall and flooding in the Boston area Saturday afternoon.

The thunderstorms, which ended at around 9:45 p.m., produced about 1 to 1.5 inches of rain, the NWS said. Flooding led to the closure of some freeway exits.

The shocking video also caught the attention of the weather service, which said it was a “great example of why we say ‘When Thunder Roars, Go Indoors!'”