After World Cup win, US team faces another battle back home 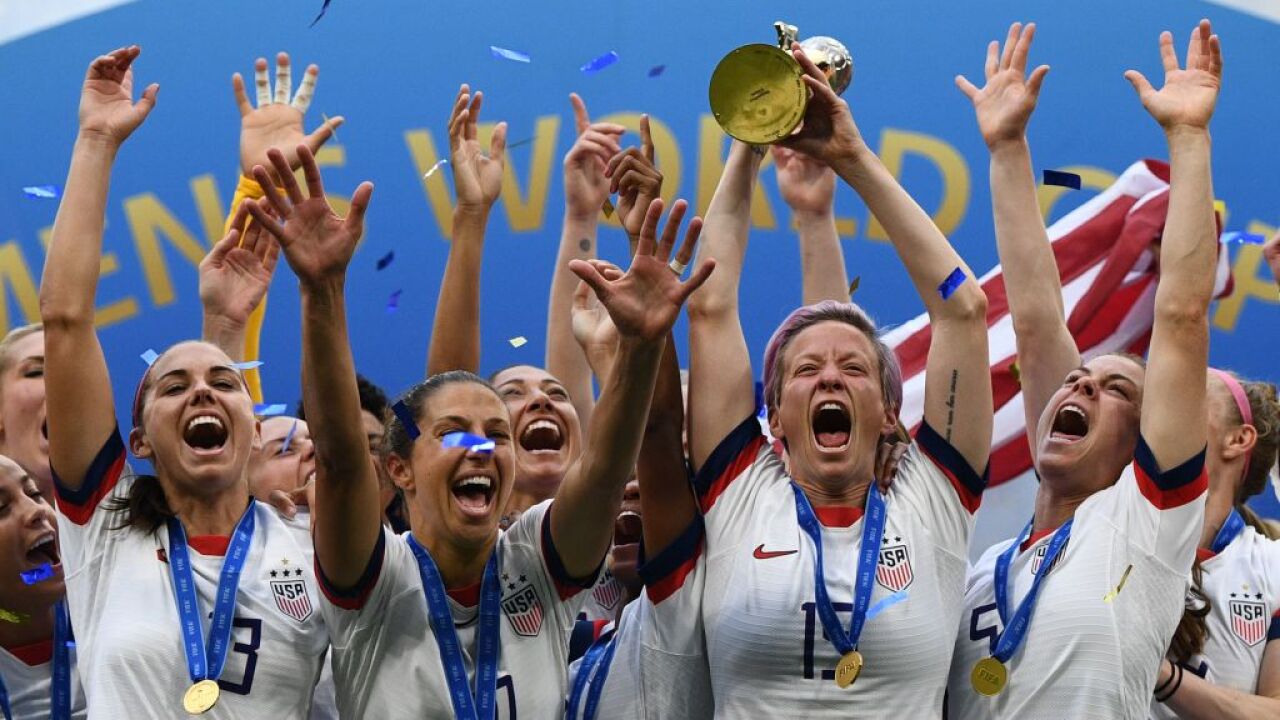 USA’s players celebrate with the trophy after the France 2019 Womens World Cup football final match between USA and the Netherlands, on July 7, 2019, at the Lyon Stadium in Lyon, central-eastern France. (Photo by FRANCK FIFE / AFP) (Photo credit should read FRANCK FIFE/AFP/Getty Images)

The US Women’s National Team sealed the deal with its fourth stunning victory Sunday at the World Cup, but the players are still fighting another battle back home.

The soccer team’s 2-0 victory against the Netherlands proved that the US women are still at the top of the game — and, the athletes say, that they should be paid as equal to men.

“At this moment of tremendous pride for America, the sad equation remains all too clear, and Americans won’t stand for it anymore. These athletes generate more revenue and garner higher TV ratings but get paid less simply because they are women,” said Molly Levinson, spokeswoman for the USWNT players in their equal pay lawsuit.

“It is time for the Federation to correct this disparity once and for all.”

In March, 28 members of the USWNT sued the US Soccer Federation for allegedly discriminating by paying the women less than members of the men’s national team “for substantially equal work and by denying them at least equal playing, training, and travel conditions; equal promotion of their games; equal support and development for their games; and other terms and conditions of employment equal to the MNT.”

The soccer federation and the plaintiffs last month tentatively agreed to mediation, which is expected to begin now that the World Cup is over.

During the celebrations Sunday, the crowd at the soccer stadium in Lyon chanted, “Equal pay” in support of the women’s efforts.

Megan Rapinoe, who scored one of two goals in the final, slammed the FIFA during a news conference Saturday. The US star forward said the federation does not respect female athletes as much as their male counterparts and pointed out the disparity between prize money.

The prize for the 2018 men’s World Cup stood at $400 million, while female players will receive $30 million this year. FIFA President Gianni Infantino said the organization will double it for the next women’s World Cup in 2023, but Rapinoe said there still would be a long way to go.

“It certainly is not fair,” she said. “We should double it now and use that number to double it or quadruple it for the next time.” 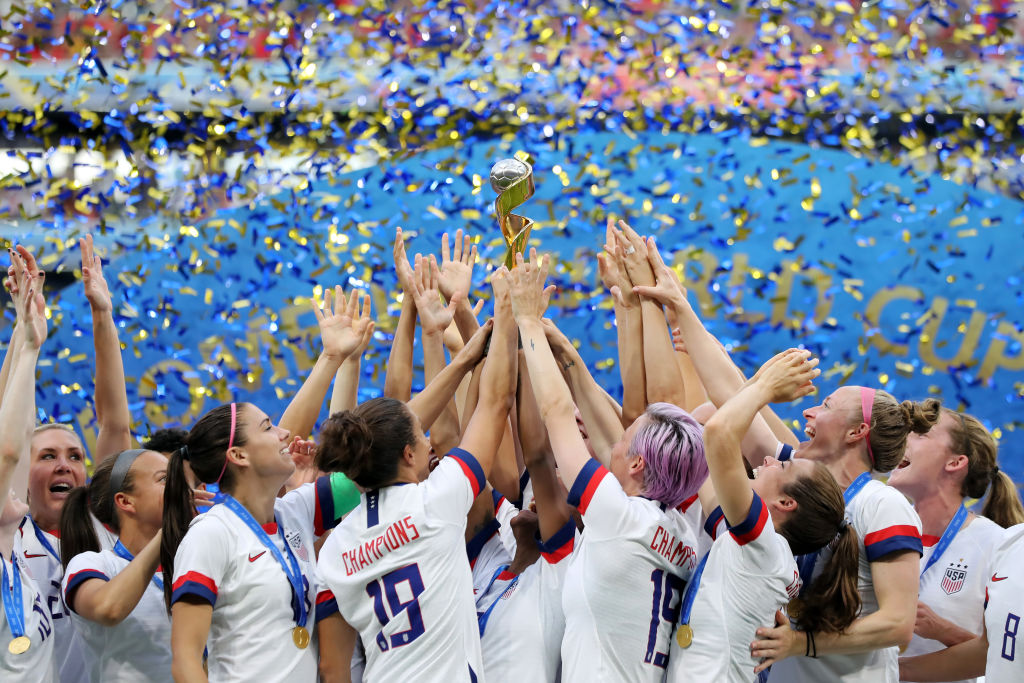