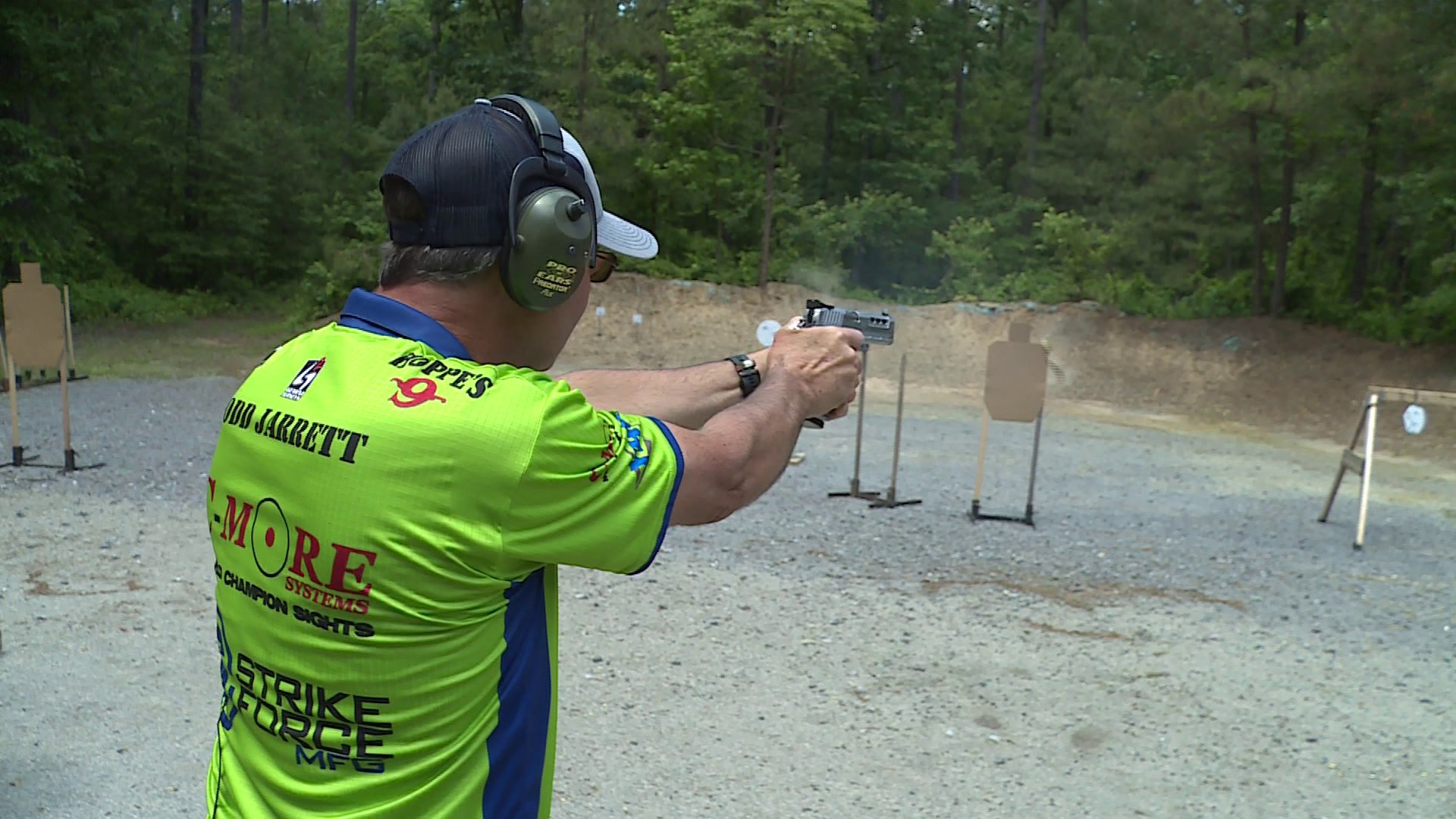 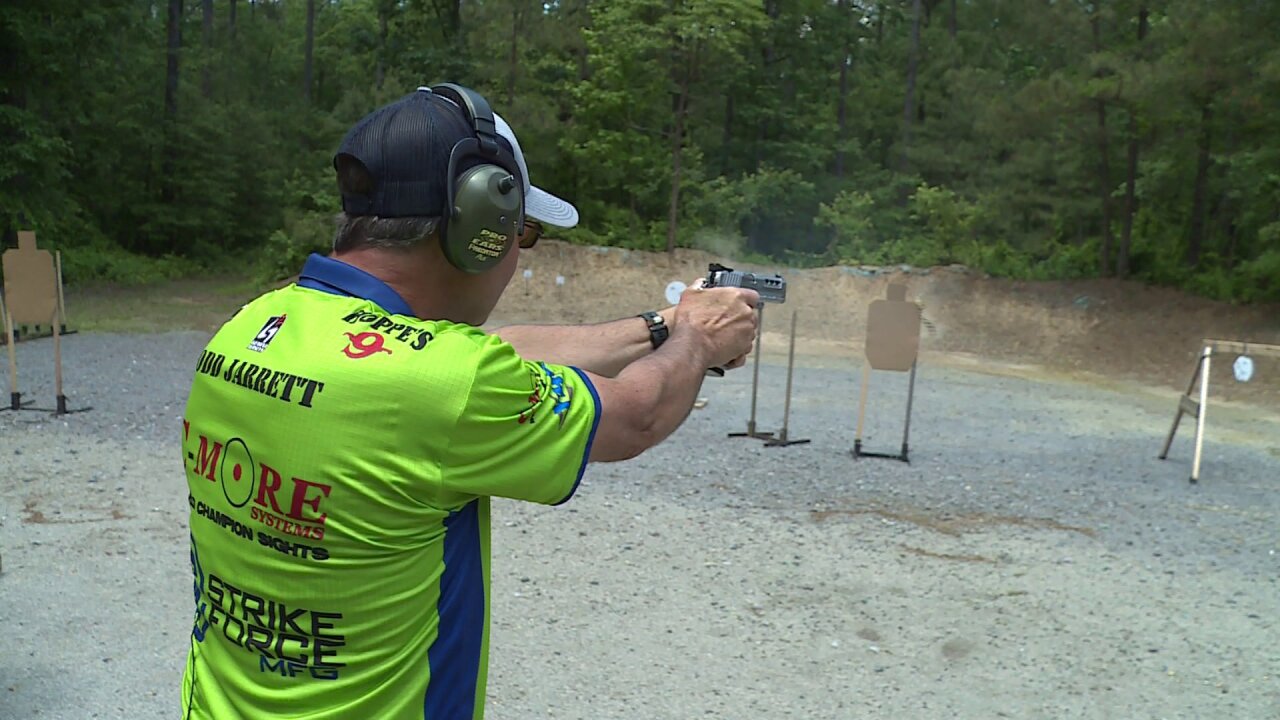 RICHMOND, Va. -- A Virginia man's journey to be the best in the state, then nation, then world has paid off through his 35-year career in "Action Shooting Sports." Todd Jarrett took part in his first shooting competition in 1984. He finished dead last. Three decades later, he holds more than 600 trophies.

"Shooting is easy, hitting the target is the hard part," the self-taught shooter said.

After going pro, he won his first of three world championships during a 1996 competition in Brazil. He's also amassed 13 U.S. National titles.

As the awards added up, people outside of the Action Shooting Sports took notice of Jarrett's specific shooting skill set.

"So law enforcement, military saw the advantages of what we were doing, so their whole thing was, 'Hey Todd, can you make us shoot faster with body armor and a helmet and Level 3 holsters out there?'" said Jarrett

The answer was yes.

"I was able to develop programs within law enforcement and military to be able to show them how to be able to shoot faster with the actual gear they would wear on a regular basis," he said.

Jarrett has worked with all branches of the military and elite forces, as well as traveling to other countries to train "other military, other law enforcement groups under the American Flag."

Even so, upon asking Todd what his biggest accomplishment was, you won't find it among his trophies, but instead in a thank you from police and military.

"I have plenty of friends who have told me, 'Todd, the techniques you've given me truly saved my life.'" he said.

Jarrett still competes and there are few shooters in his league.