1 injured after tractor-trailer crashes into woods, SUV overturns on I-95 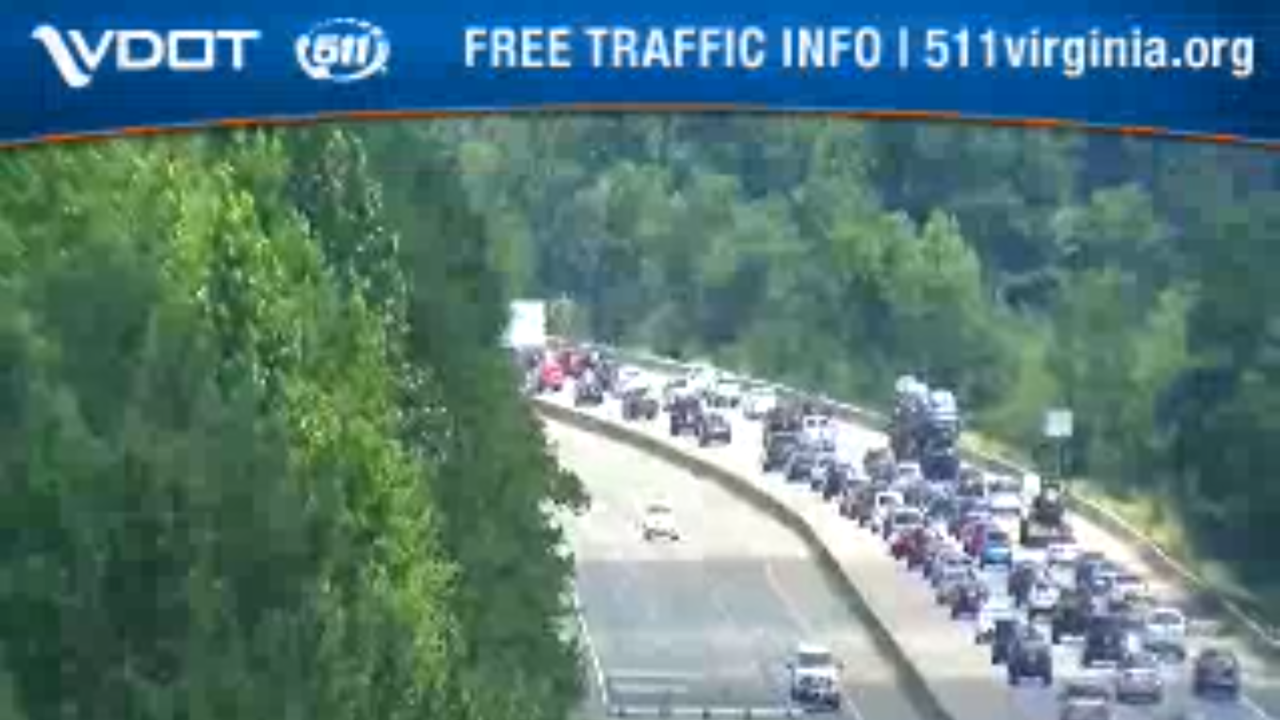 CHESTERFIELD COUNTY, Va. – A tractor-trailer crashed into the woods and an SUV overturned after a collision on Interstate 95 south in Chesterfield County Friday morning.

At approximately, 10:56 a.m., Virginia State Police responded to the crash at southbound I-95 at the 56-mile marker, two miles south of Woods Edge Road.

Police say the crash caused the tractor-trailer to sustain a fuel leak.

The adult male driver of the SUV was transported to the hospital with minor injuries. A juvenile passenger was checked out at the scene and did not suffer any injuries.

The tractor-trailer driver was not injured in the crash.

The cleanup process will take an extended period of time, according to police. VDOT, who is assisting at the scene, says the right and center lanes remain closed at mile marker 56 and motorist should continue to expect delays. As of 5:19 p.m. there was a five-mile backup.