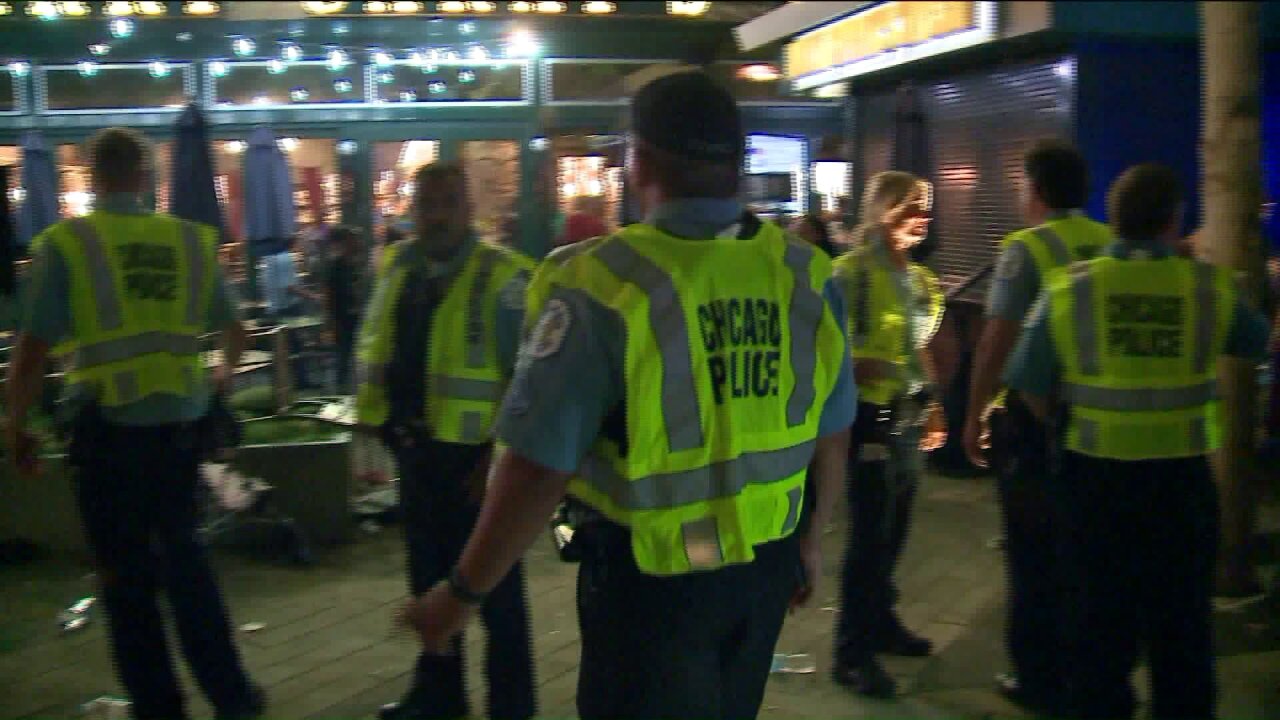 CHICAGO -- Three people were stabbed Thursday night at Chicago's Navy Pier and more than a dozen others were injured after being trampled when someone set off firecrackers, according to police.

Chicago Police spokesman Anthony Spicuzza said in a news release Friday morning that a fight broke out among a group of men at the fireworks display after someone displayed "gang signs."

All three are at local hospitals in stable condition, Spicuzza said.

Police initially believed that a fourth person, a 16-year-old boy, had been stabbed, he added, but it was later determined he punctured his leg after running into a table.

At least two unidentified male offenders connected to the incident are not in police custody.

Additionally, someone threw what police believe were firecrackers, Spicuzza said, prompting a crowd of people to attempt to flee the venue at the same time.

About 13 people were injured after being trampled, according to police.

"It was the scariest thing ever," witness Lucila Pulido told CNN affiliate WLS. "Then we saw people running with strollers. There's shoes everywhere. People just ran for their lives."