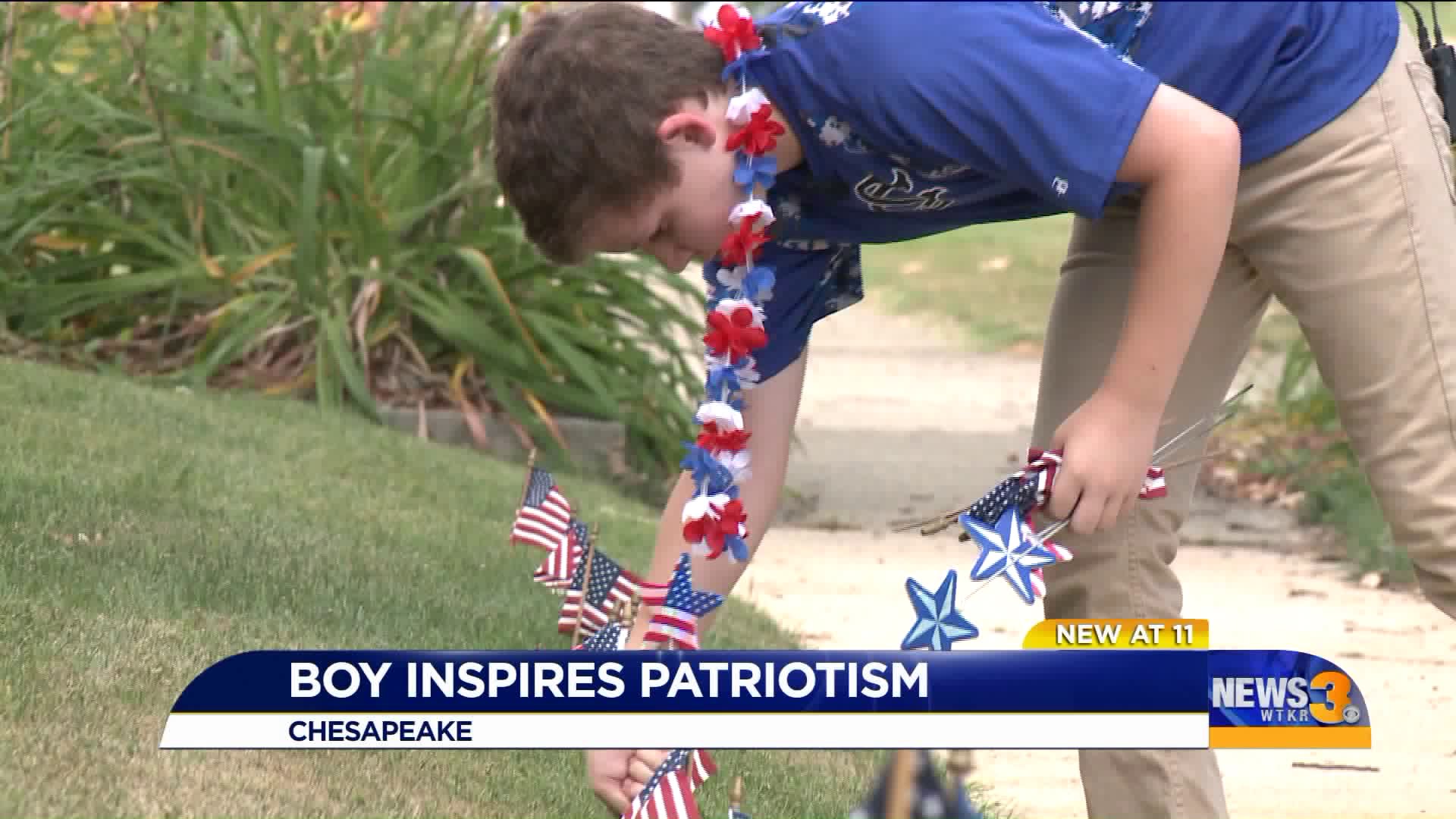 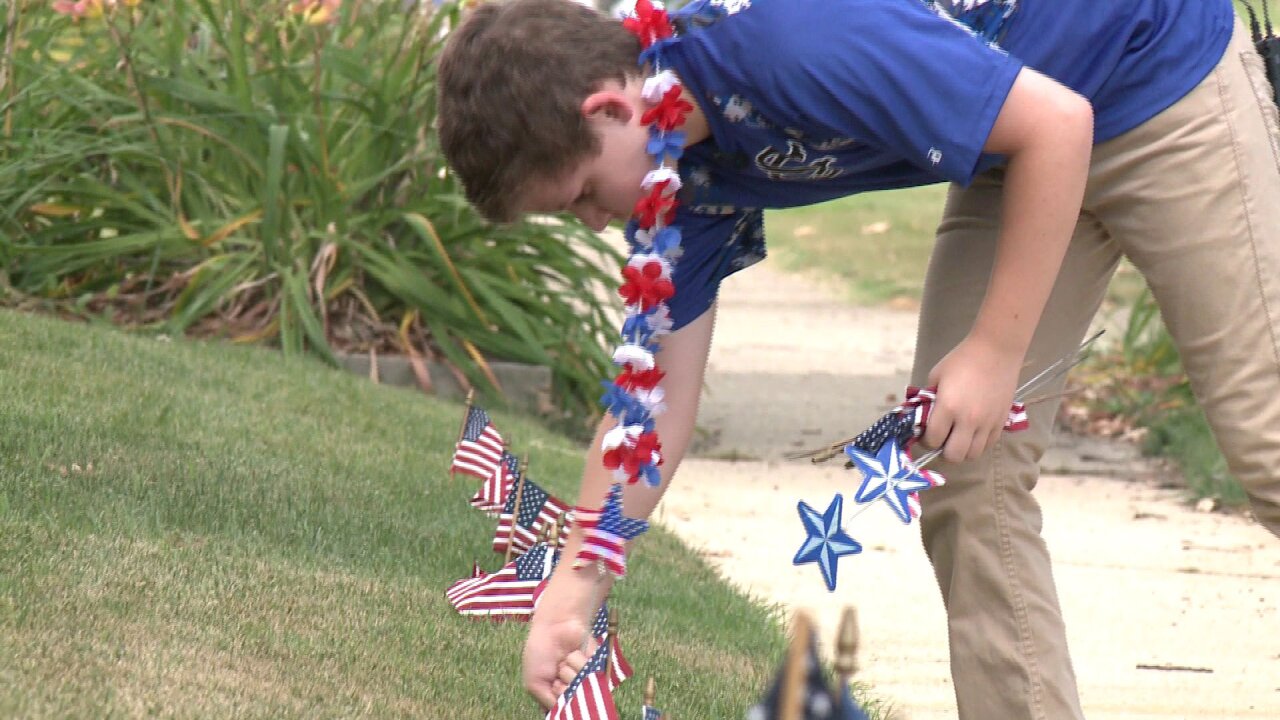 CHESAPEAKE, Va. -- A Chesapeake boy made it his mission to spread patriotism over the Fourth of July. Over the last two months, Charlie Hecht has gone door to door talking to his neighbors and helping them acquire American flags for their yards and homes.

In addition to placing small flags around some yards, Charlie passed out fliers that offered discounts on larger American flags, WTKR reported.

"I think 99% of the houses have American flags on them now. It's amazing," Charlie Hecht said. "It feels really good, honestly, to know I've done something in my neighborhood for the better cause."

Charlie and his father, Cdr. Dave Hecht, worked with the Lowe's on Battlefield Blvd. to offer a special discount on American flags.

"It's nice to be up here on the porch and be able to look left and right, up and down the street, and see a lot of American flags," Cdr. Hecht said. "Flags that were not there before he started his patriotism project."