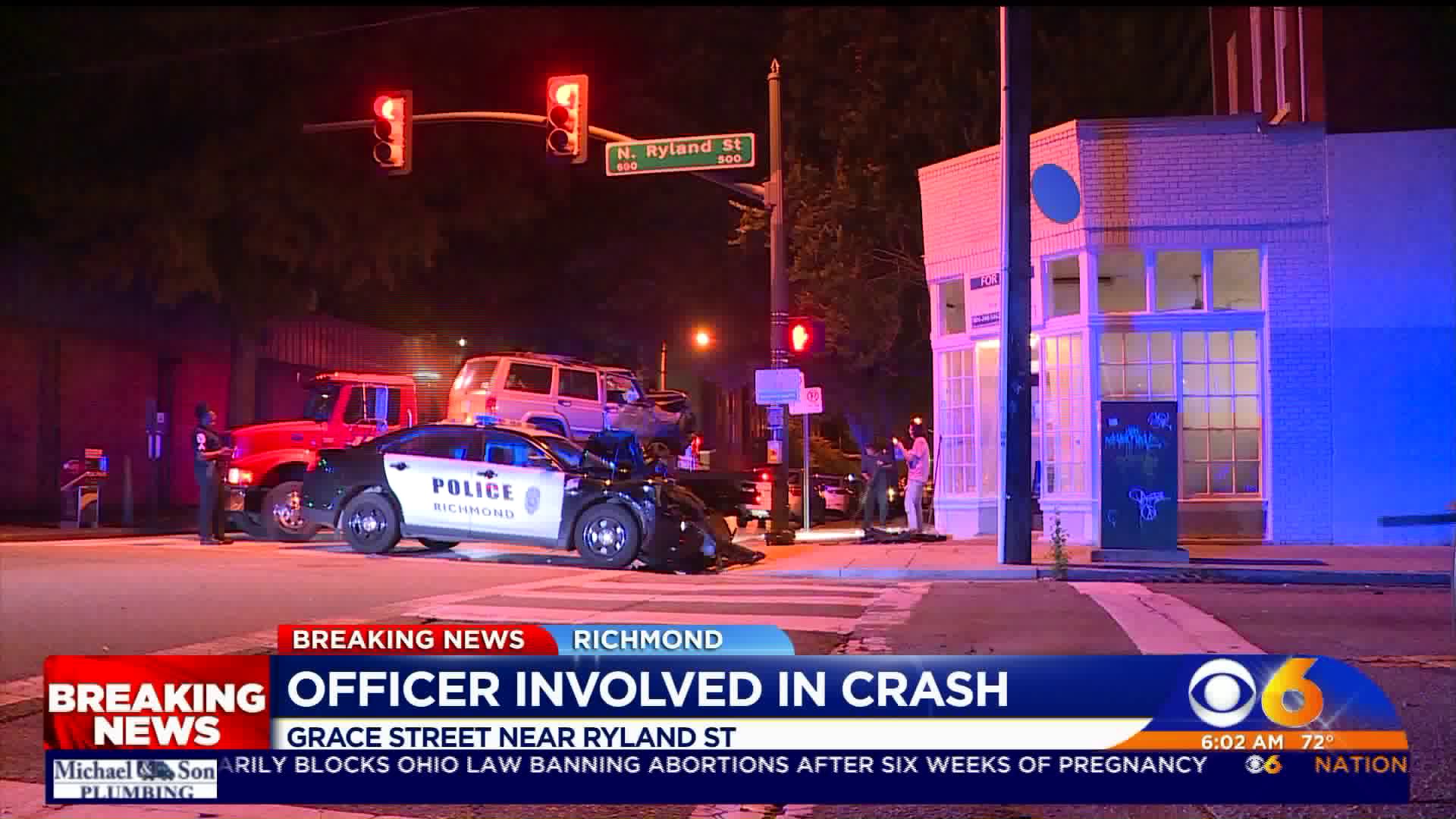 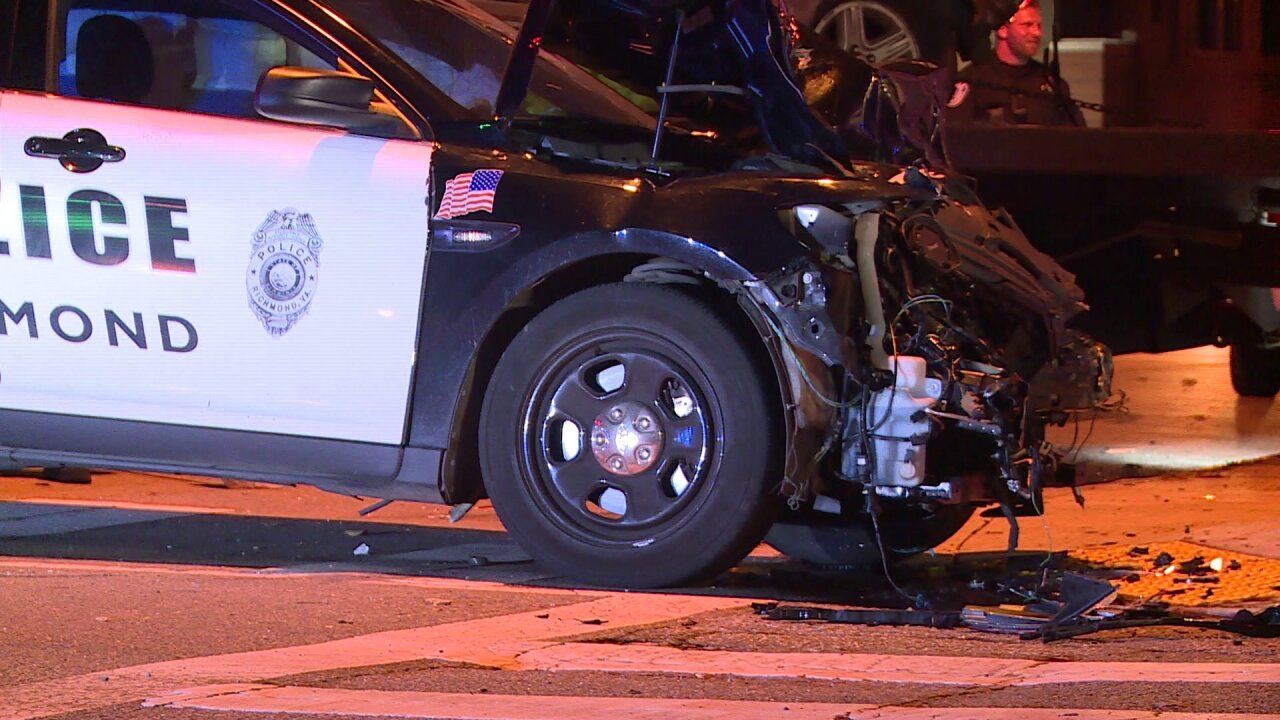 "At approximately 1:51 a.m., an on-duty Richmond Police Officer was involved in a two-vehicle accident at the intersection of Ryland and Grace. The drivers of both vehicle were treated for non-life threatening injuries," a Richmond Police spokesperson said. "The accident is currently under investigation; however, it appears alcohol was a contributing factor on the part of the civilian driver."