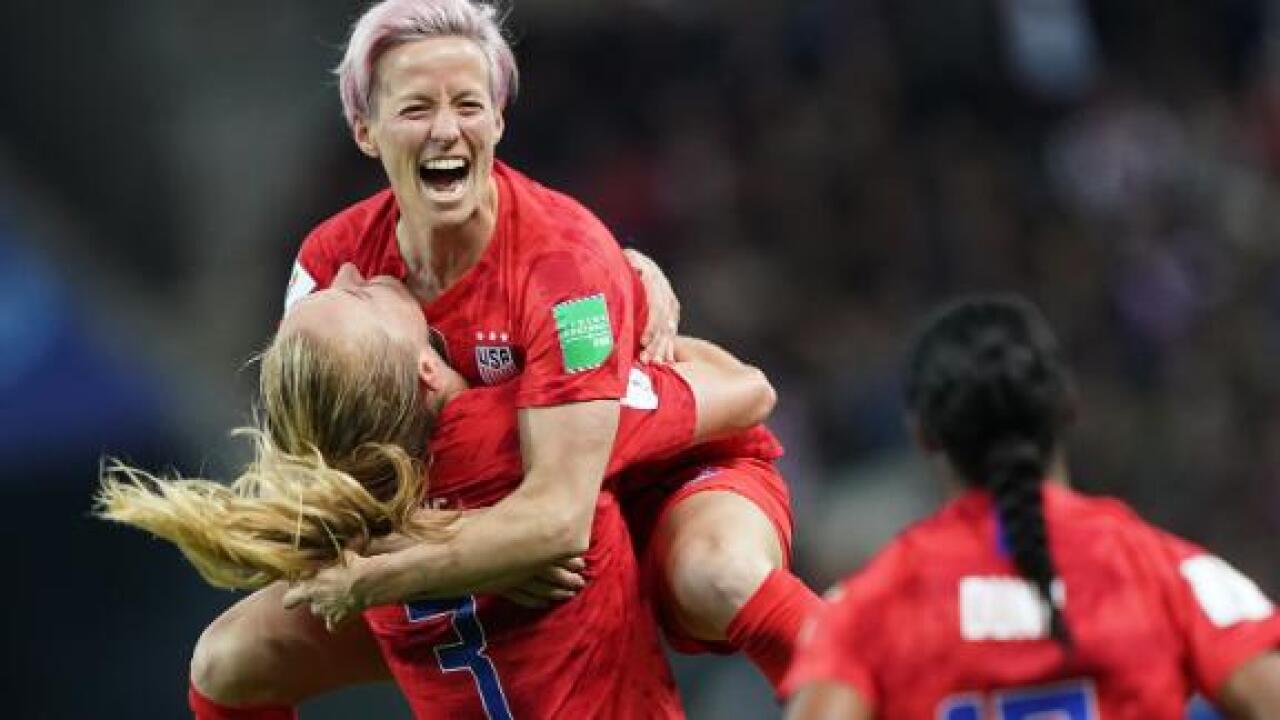 In the Players’ Tribune article, aptly titled “So the President F*cking Hates My Girlfriend,” the Seattle Storm star goes in on President Trump for his Twitter rant about Rapinoe, who has been outspoken about not wanting to visit the White House if the USWNT win the Women’s World Cup.

“I mean, some of it is kind of funny….. but like in a REALLY? REALLY? THIS GUY??? kind of way,” Bird wrote. “It would be ridiculous to the point of laughter, if it wasn’t so gross.”

She said while she was inclined to laugh at the ridiculousness of it all, the online hate she and Rapinoe have gotten from strangers has been unsettling.

In between President-focused clapbacks, Bird’s article is just 2,900 words of pure, uncut Megan Rapinoe love. Bird said the Trump tweets and online harassment barely get to her at all.

Ultimately, Bird says, the politics and the controversy shouldn’t take away from the athletic achievements of Rapinoe and the whole USWNT. Rapinoe has been absolutely critical to the USWNT’s success in the tournament. She scored every single US goal in the first two rounds of knockout play, notching two goals against both Spain and France for a pair of narrow 2-1 victories.

“I just think it’s also really important not to forget what this is actually, first and foremost, about, you know?” she wrote. “It’s about a world-class athlete, operating at the absolute peak of her powers, on the absolute biggest stage that there is. It’s about an athlete f*cking killing it. It’s about Megan coming through.”

Girlfriends and boyfriends of the world, get on Sue Bird’s level.

Bird isn’t the only one stepping up to defend Rapinoe. The soccer star’s father, Jim Rapinoe, told CNN’s Paul Vercammen that even though he identifies as a conservative, he is proud of his daughter’s political inclination.

“Megan and I don’t see some things the same way,” Jim Rapinoe said. “But I applaud her for taking a stance, for fighting for equality. And she will not back down from anyone when it comes to something she believes in.”

“I never thought my daughter would end up in a Twitter war with President Trump,” he said.

The USWNT will face England in the Womens’ World Cup semifinals Tuesday afternoon at 3 p.m. ET.