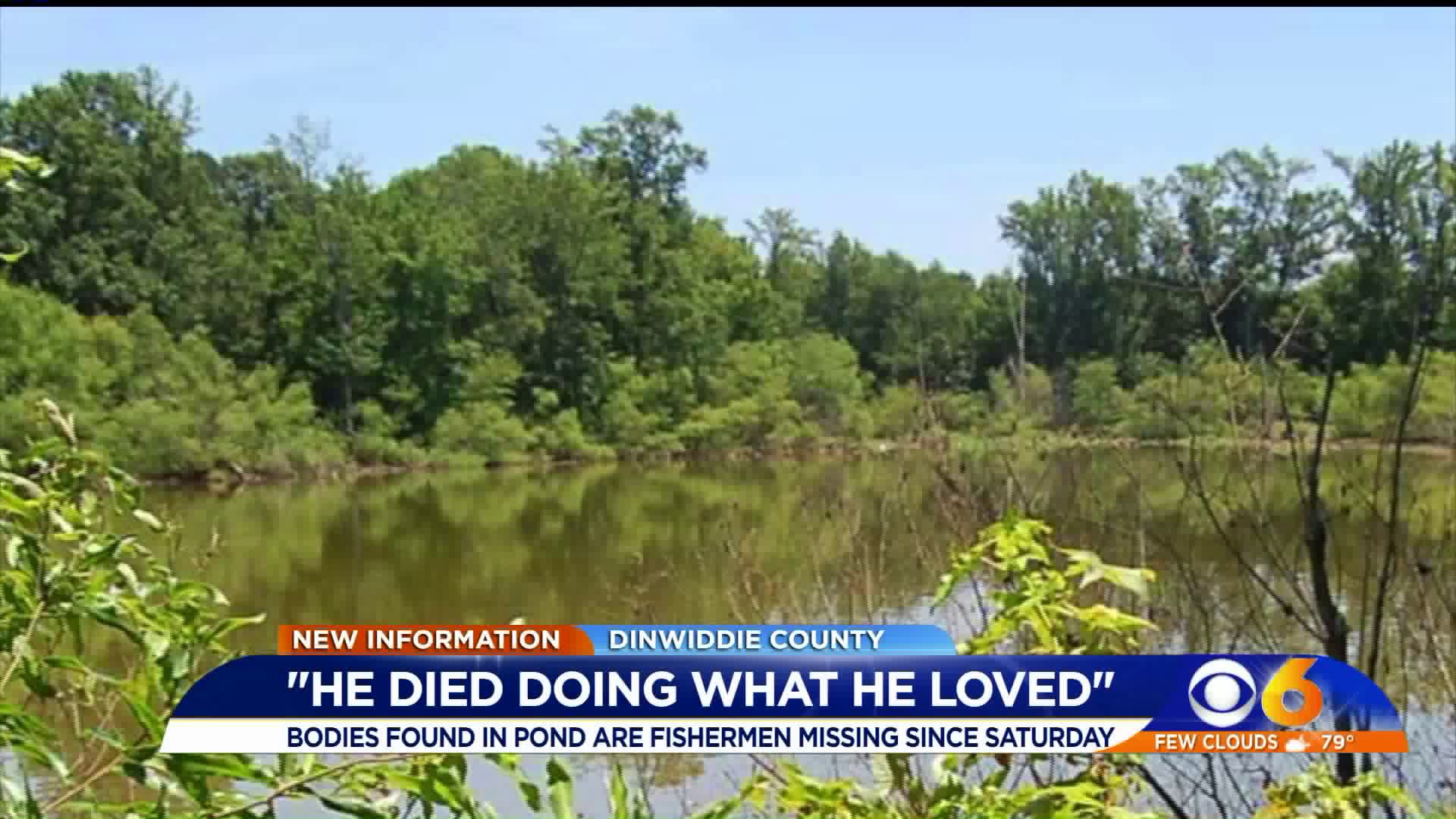 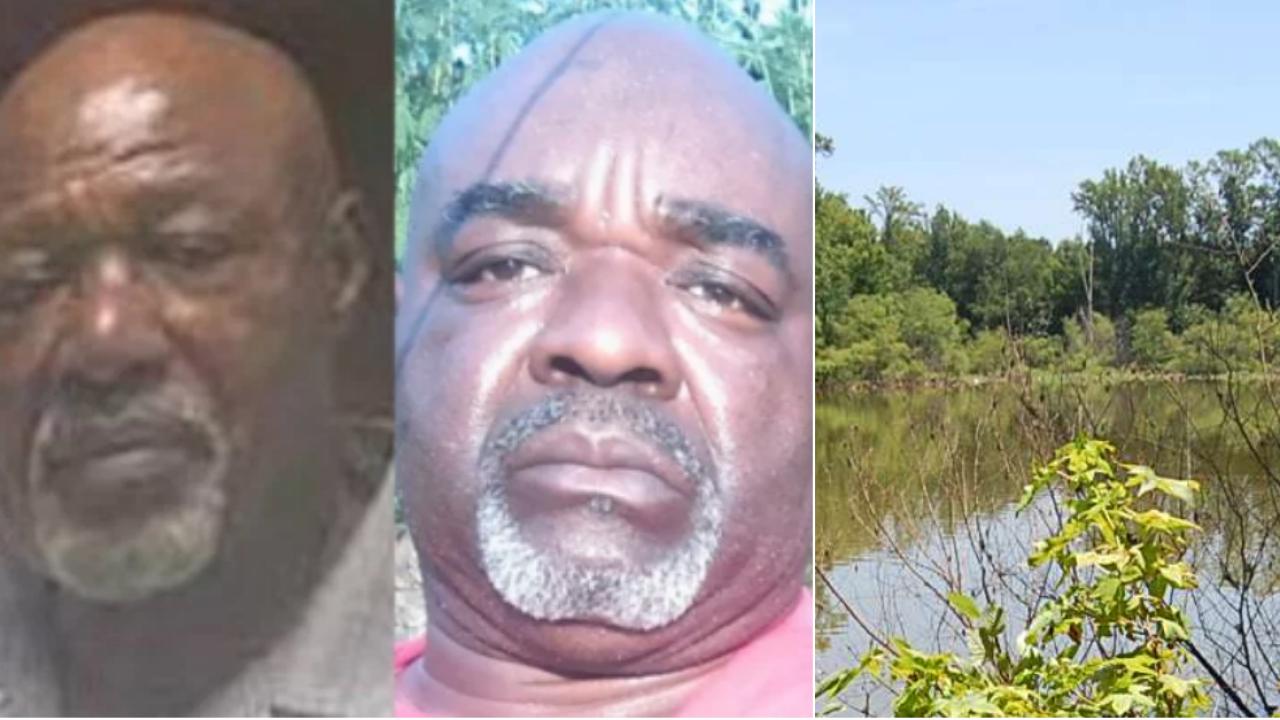 DINWIDDIE COUNTY, Va. -- Two bodies were discovered Tuesday in a pond on private property near Old Stage Road in Dinwiddie County were confirmed to be two fishermen who had been missing since Saturday, according to the Virginia Department of Game and Inland Fisheries.

The bodies discovered Tuesday afternoon have been identified as 71-year-old Walter Lee Carter of Chesterfield and 55-year-old Calvin Donell Baskerville of Petersburg.

Both men accidentally drowned, according to the Office of the Chief Medical Examiner.

Chesterfield Police officials said Carter left his home Saturday to pick up Baskerville and go fishing. They were reported missing Sunday after they never came home on Saturday night.

At this stage of the investigation, police say it appears the deaths were related to a boating accident and do not appear to be suspicious in nature.

Benjamin Robinson, who stated he lived near the victims for years, arrived to the property along with the men's family and friends.

"I was really shocked when I heard about it - when I found out it was them," Robinson said. "I just couldn't believe it."

Family members were seen hugging and consoling each other at the site.

Carter's family told CBS 6 he "died doing what he loved." They said the last four days were "torture" not knowing what happened to their loved one.

A cause and manner of death will be determined by the Medical Examiner’s office in Richmond.

Officials say they will return to the pond Wednesday morning to continue their investigation.

The Virginia Department of Game and Inland Fisheries is now the lead agency in the case.