Meet the first woman commander of a US Army infantry division 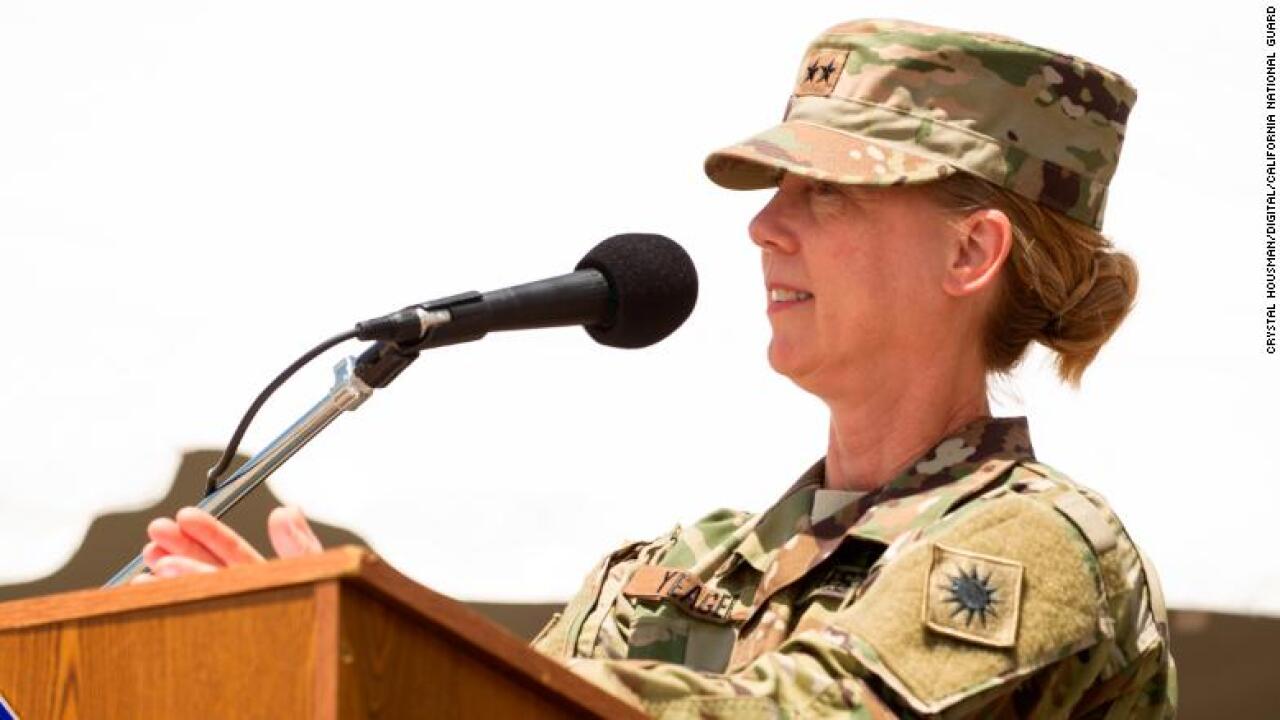 Maj. Gen. Laura Yeager is the first woman to lead a US Army infantry division.

The California National Guard’s 40th Infantry Division has been led by men since it was formed in 1917, the guard said in a news release. Its soldiers have fought in World War I, World War II, the Korean War, and most recently, in Afghanistan.

Yeager assumed command of the division Saturday during a ceremony at the Joint Forces Training Base at Los Alamitos, California. She assumes command from Maj. Gen. Mark Malanka, who is retiring.

In 2016, Yeager was promoted to brigadier general, making her, at that time, the fourth female general in California National Guard history. Ahead of her promotion, she spoke to the Defense Department news service about being a woman in the military.

“As a female, I have found the military to provide opportunities and benefits unmatched by any profession,” Yeager said in 2016.

“Clearly, females are in the minority within the military, yet in every assignment I have held, my mostly male peers, subordinates and superiors have supported me, treated me with respect, coached, mentored and advised me. At the same time, I have been inspired by the incredibly strong and amazing women I have served with and for.”

Cal Guard Col. Laura Yeager is seen here in 2013 with her father, retired Cal Guard Maj. Gen. Robert Brandt. Col. Yeager, an Army aviator, is being promoted to brigadier general in May.

She also spoke about being inspired by her father, retired California National Guard Maj. Gen. Robert Brandt, who was also a helicopter pilot who served two tours in Vietnam.

“Definitely being in command are the assignments and memories I most cherish, all the way from being a platoon leader to brigade command,” she said in 2016. “I was especially proud to have commanded the same brigade, the 40th CAB, my father once commanded.”

Yeager began her active duty career in the military in 1986. She went on to complete military helicopter training and flew UH-60 Black Hawk helicopters during a combat deployment to Iraq. When her son was born she left active duty, but later continued her career with the California Army National Guard.

According to her military resume, she has over 1,500 flight hours. She is also highly decorated and has received the Legion of Merit, Bronze Star and Meritorious Service Medal, among others.

She was the commander of the Joint Task Force North in Fort Bliss, Texas.