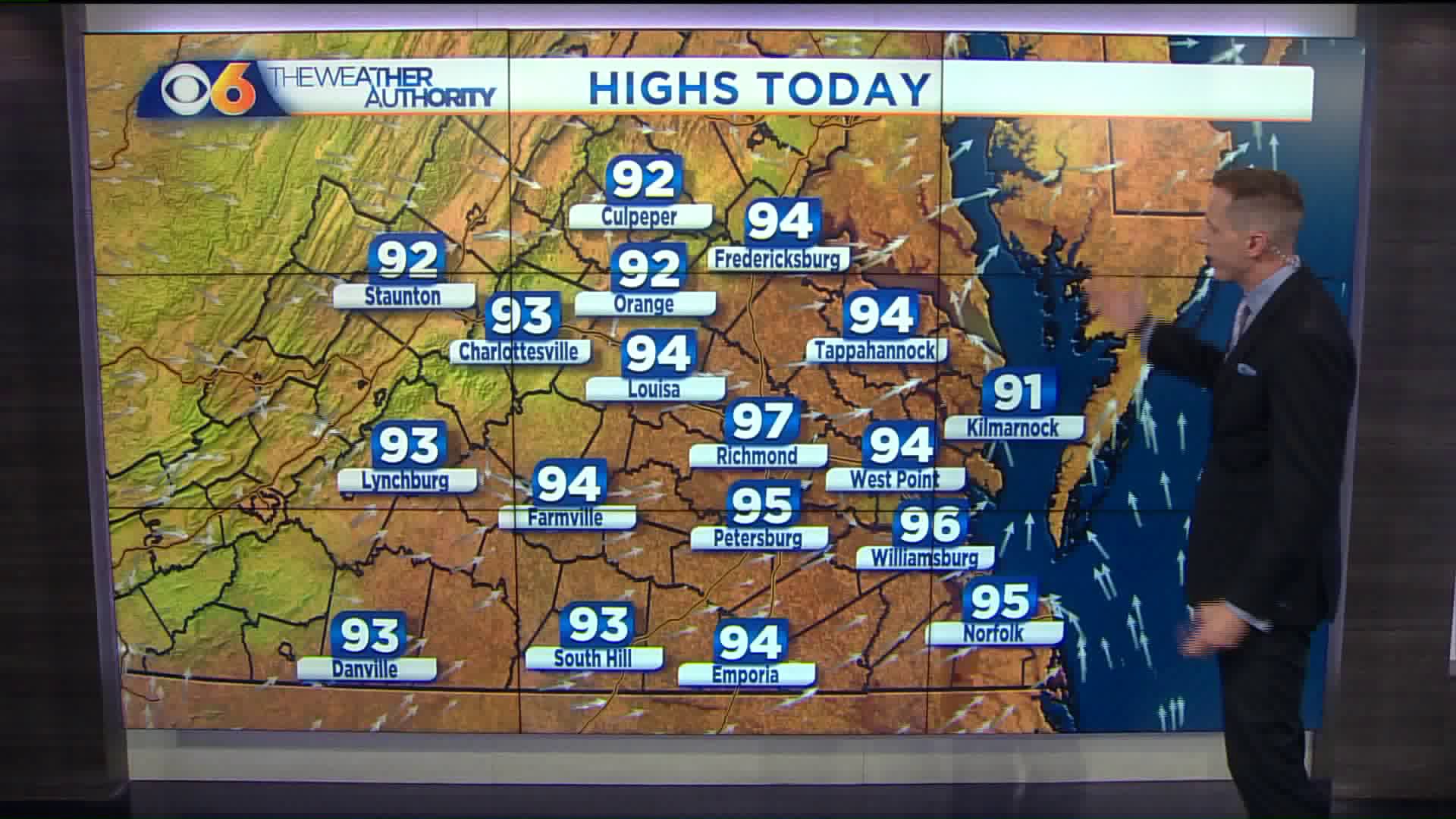 Highs will stay in the 90s this weekend 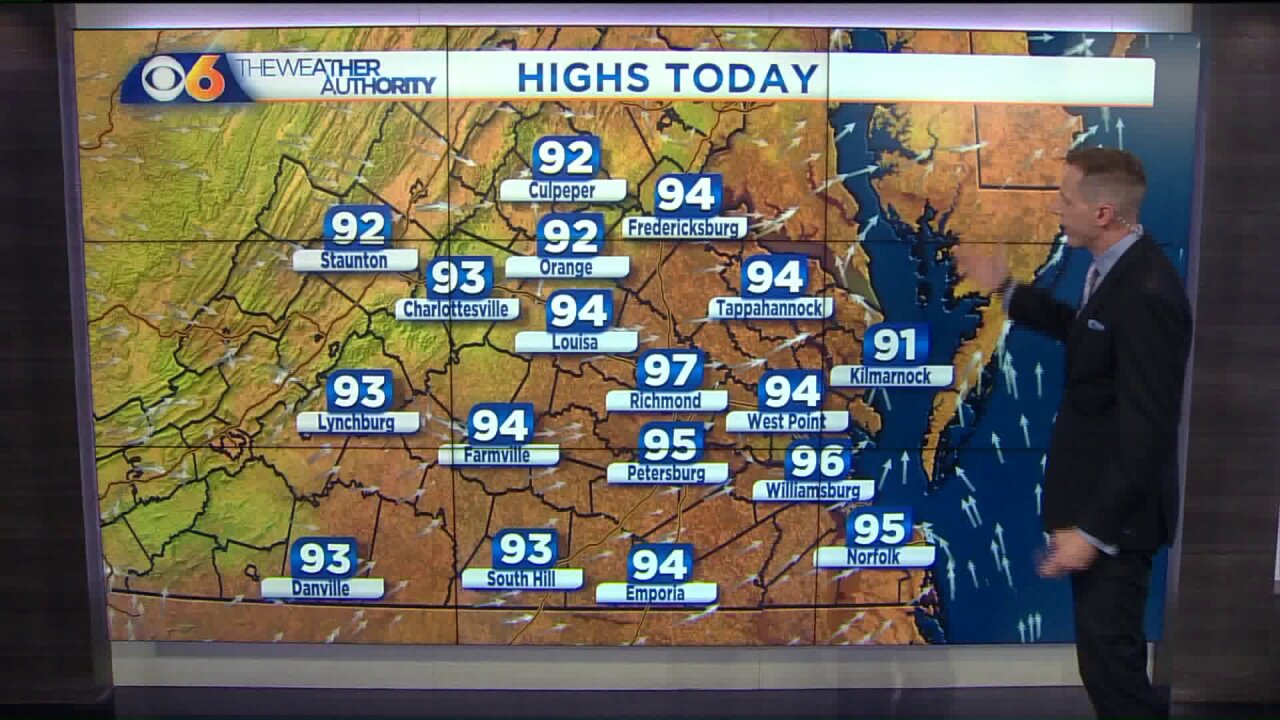 RICHMOND, Va. -- Highs have been in the 90s since Monday, and the heat will continue all weekend.

Widely scattered storms will be around both afternoons and early evenings.  Isolated strong storms with hail and gusty winds will be possible.  Any storm that develops will produce very heavy rainfall.

After highs in the low to mid 90s Saturday, overnight lows by daybreak Sunday will not drop below 70 in many areas.

High temperatures on Sunday may be a degree or two cooler in some locations, but will still be in the low to mid 90s.

A cold front will move through late Sunday, and this will bring slightly cooler and less humid conditions for Monday.  Morning lows will be in the low to mid 60s.

Afternoon highs will stay below 90 in most areas.

Temperatures will shoot back up into the mid and upper 90s on Tuesday.

Humidity levels will also climb Tuesday and stay fairly high through next weekend.

It looks like the heat will linger through next weekend, but we should see some relief the following week.