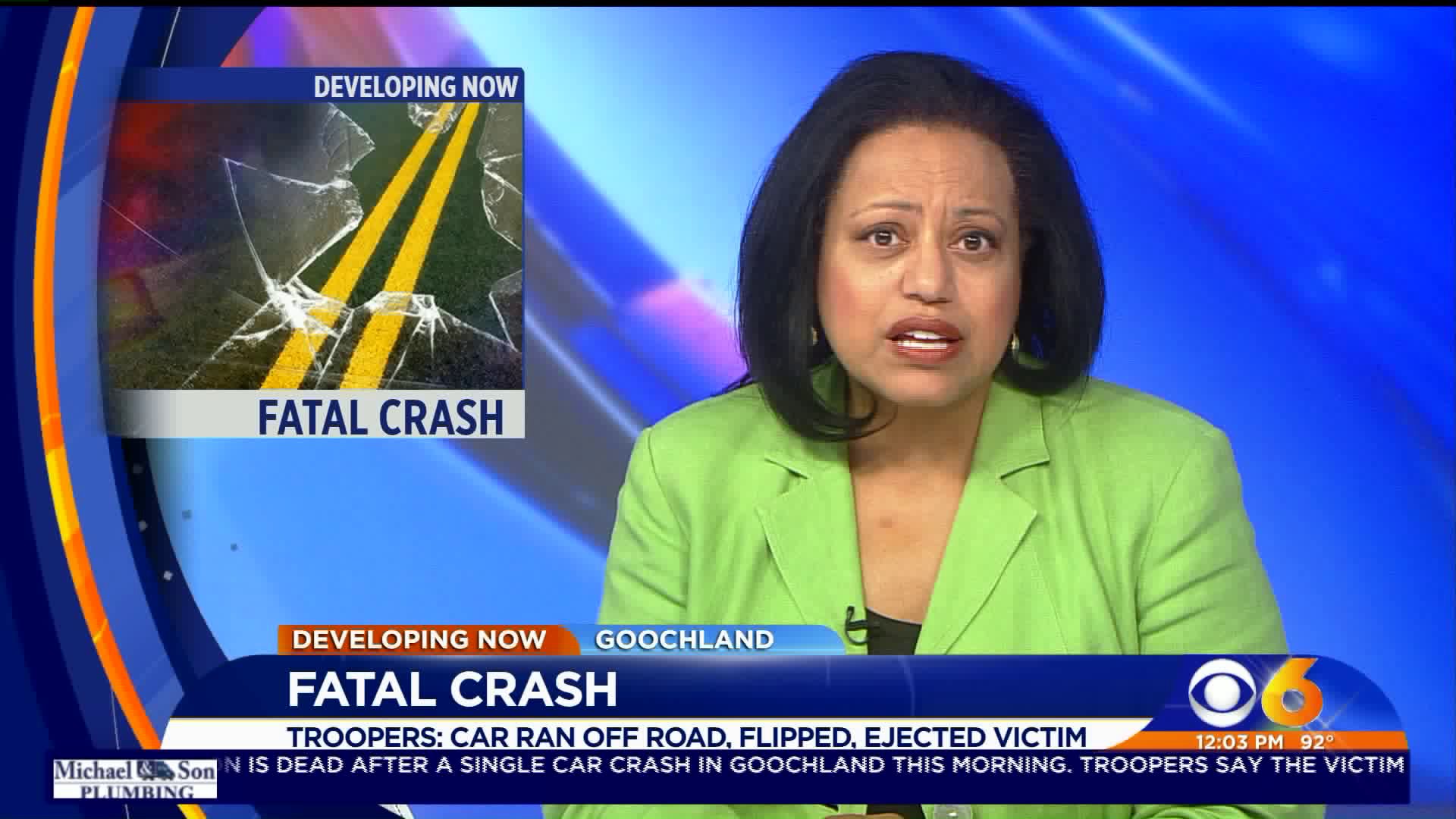 The driver has been identified as Cuitlahuac Infante, 36, of Manakin Sabot, who was pronounced dead at the scene.

A preliminary investigation reveals that Infante was traveling northbound on Shallow Well Road when he entered a curve, ran off road right, overcorrected back onto the roadway, sliding sideways, and then going off road left.

Investigators say the vehicle overturned, landed on its roof and ejected Infante from the vehicle.

State police say Infante was not wearing his seat belt and speed is being considered a factor into the cause of the crash.