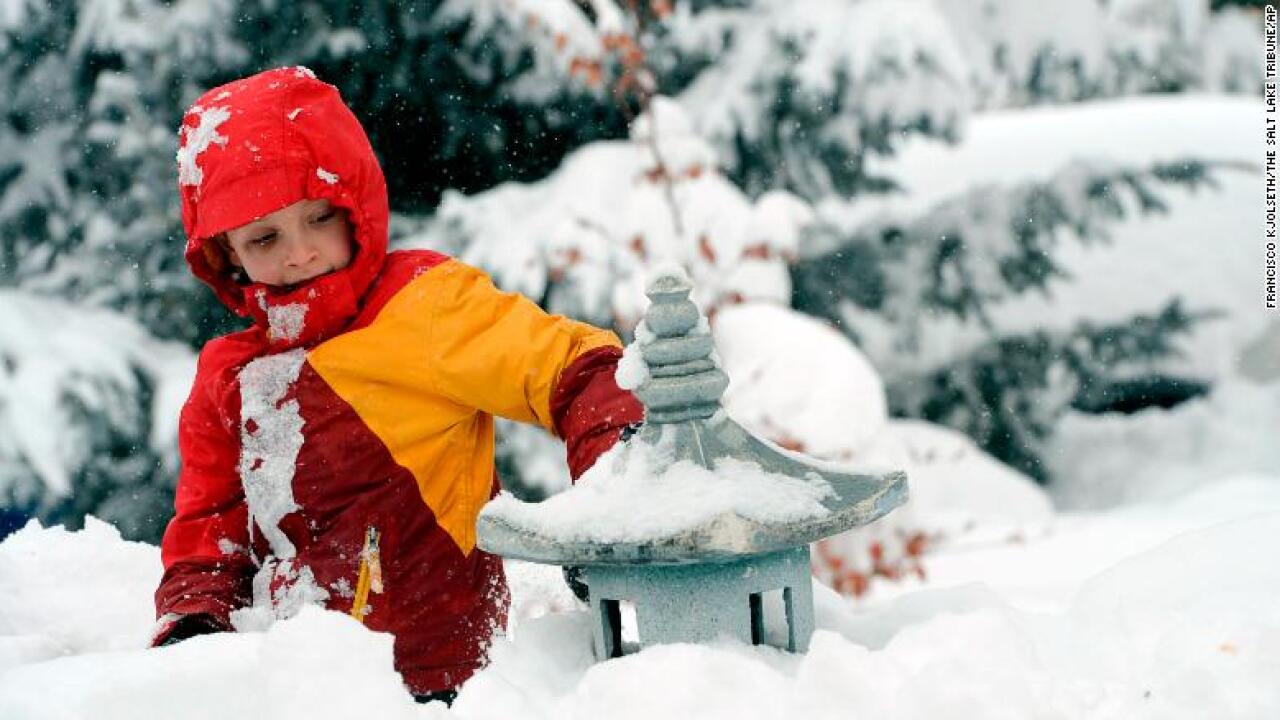 (Francisco Kjolseth | The Salt Lake Tribune) Max Rizk, 6, takes advantage of a snow day after school was cancelled in the Salt Lake City, Utah, due to the heavy snow storm on Wed. Feb. 6, 2019.

(Francisco Kjolseth | The Salt Lake Tribune) Max Rizk, 6, takes advantage of a snow day after school was cancelled in the Salt Lake City, Utah, due to the heavy snow storm on Wed. Feb. 6, 2019.

Lawmakers in Pennsylvania have just greenlit a bill that would transform snow days into work-from-home days for students. Senate Bill 440 would create an opt-in program for school districts to establish “flexible instruction days,” using technology to fill the gap rather than have students and teachers take the day off for inclement weather.

If districts choose to participate, young scholars will spend snowy days inside working on writing assignments and math problems, rather than building snowmen and pelting friends with snowballs.

The legislation is now on Gov. Tom Wolf’s desk to be signed into law. Wolf has previously expressed support, saying “Cyber snow days, I think it’s a great idea, I would sign it,” according to CNN affiliate KYW.

But Wolf added the caveat, “You don’t have broadband, you can’t do cyber snow days.”

The bill would require that school districts applying for the program demonstrate they have ways for students without Internet to participate.

Justin Johnson, a parent with a school-age child, told KYW he supported putting snow days to better use. “With the new bill, that’s something that could definitely be productive,” Johnson said.

If it becomes law, the bill would take effect take effect in 60 days, in plenty of time to be in practice for snow days this winter.

Schools have already shown the idea can work

According to a fiscal note on the legislature’s website, the state’s Department of Education has tested the program for three years with 10 districts.

In February, KYW reported that Holy Cross Prep just across the New Jersey border was succeeding with the Google Classroom App on snow days.

Senior Dominic Decker told the station, “Honestly, it was just a change of environment. It was no different than what I do every day.”

Holy Cross principal Bill Stonis told KYW schools could use these technologies to give students more flexibility to learn from home throughout the year, and not just on snow days. Students might be able to telecommute to school on certain days the same way that some workplaces allow employees to work from home.

“As we travel through the 21st century, schools are going to look different,” he said. “I don’t think we’re going to have the same structure.”