Truck slams into home with woman inside 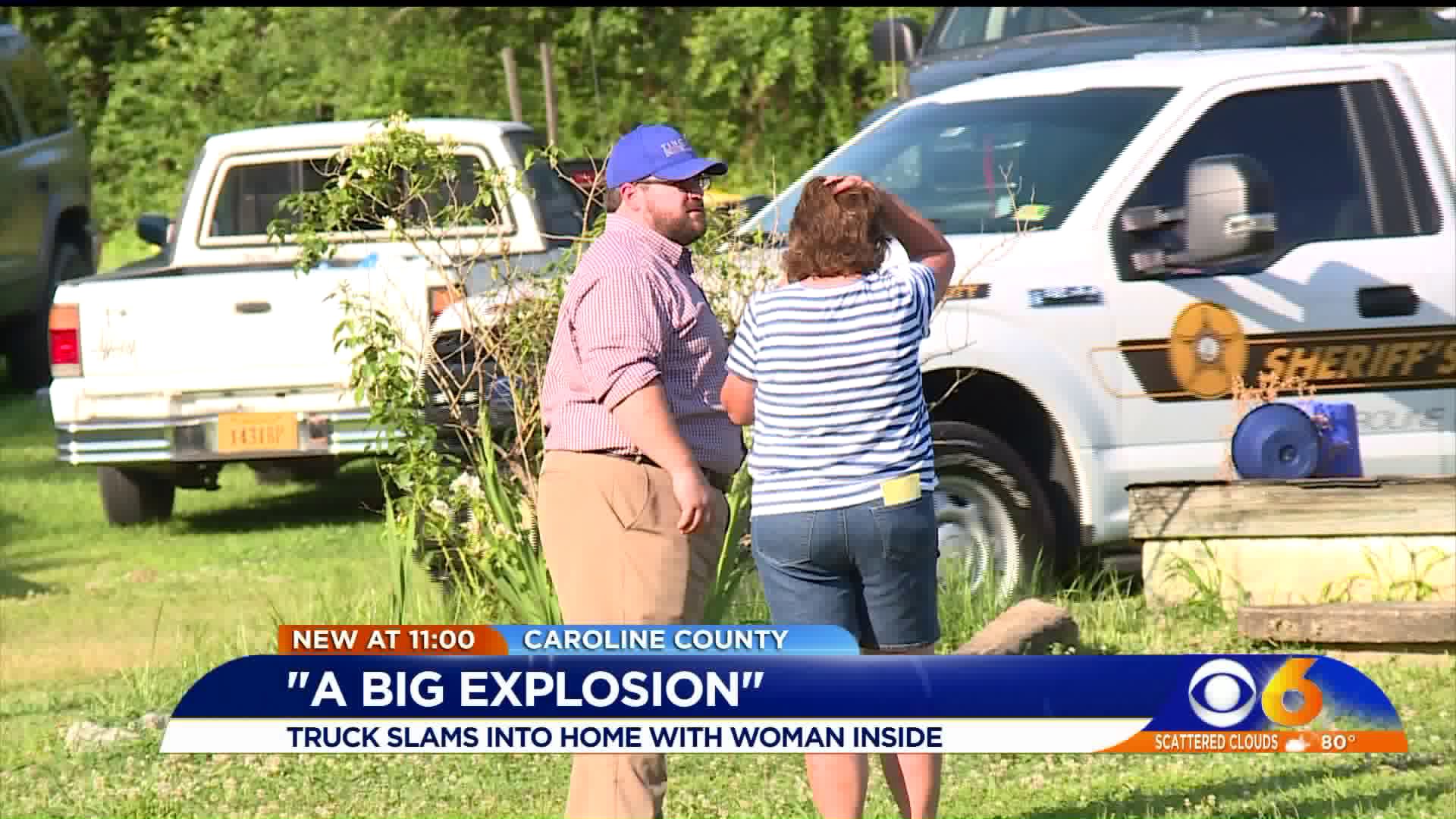 CAROLINE COUNTY, Va. -- A truck spun out and struck a Caroline County home after colliding with another car Thursday afternoon.

Shortly before 5 p.m.,  the Virginia State Police responded to a two-vehicle crash at the intersection of Route 1 and Route 601.

"The trooper's preliminary investigation reveals that a 2001 Mercury sedan, driven by, Zinia Guzman, 46, of Bowling Green, Va., was traveling eastbound crossing Route 1 from Route 601 when a 2017 Ford F-150 truck traveling northbound on Route 1 struck Guzman in the northbound lanes," a Virginia State Police spokesperson said. "The collision forced the truck to spin around onto its side and then sliding into a house."

Guzman was charged with; fail to yield right of way, according to police.