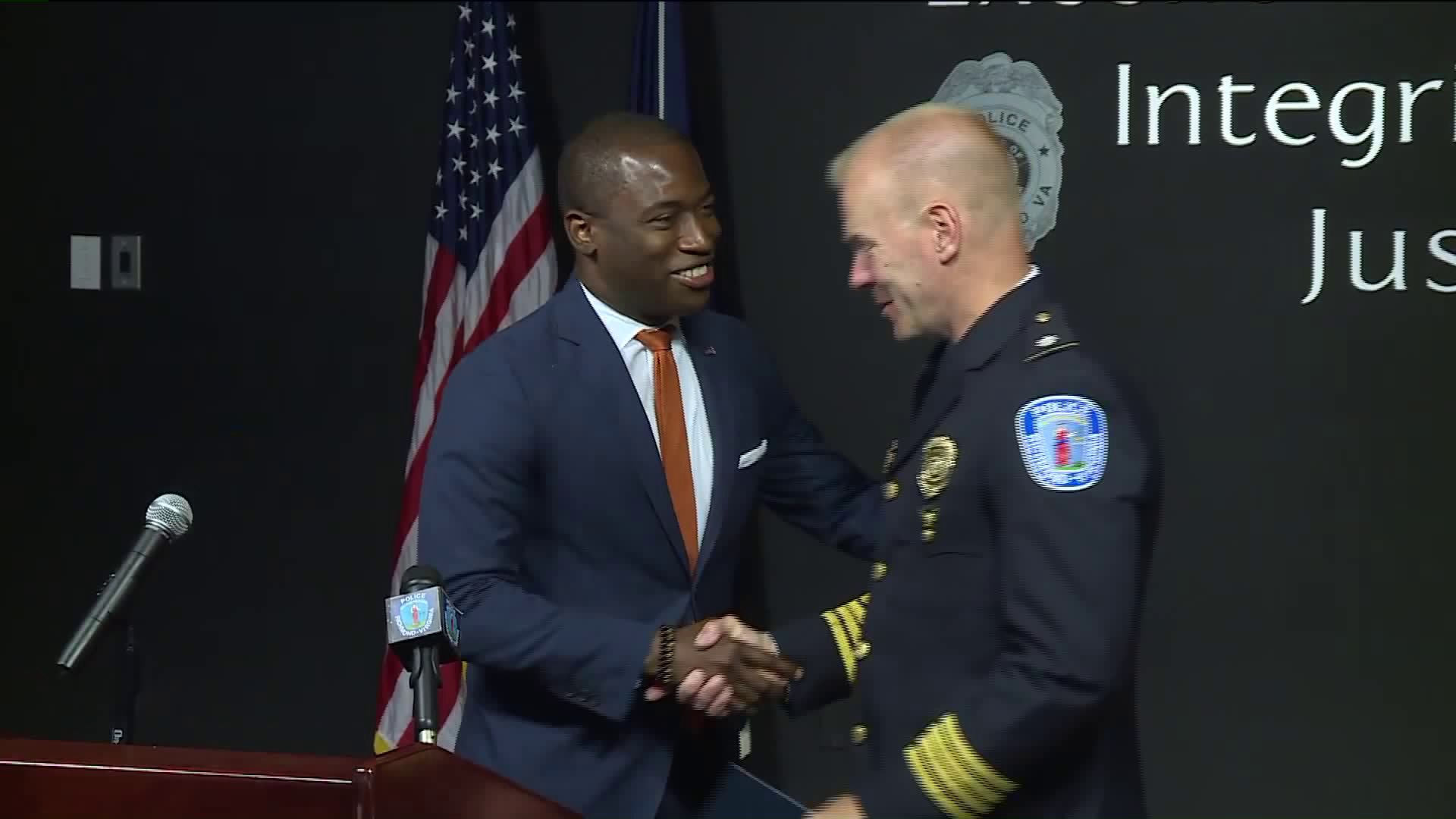 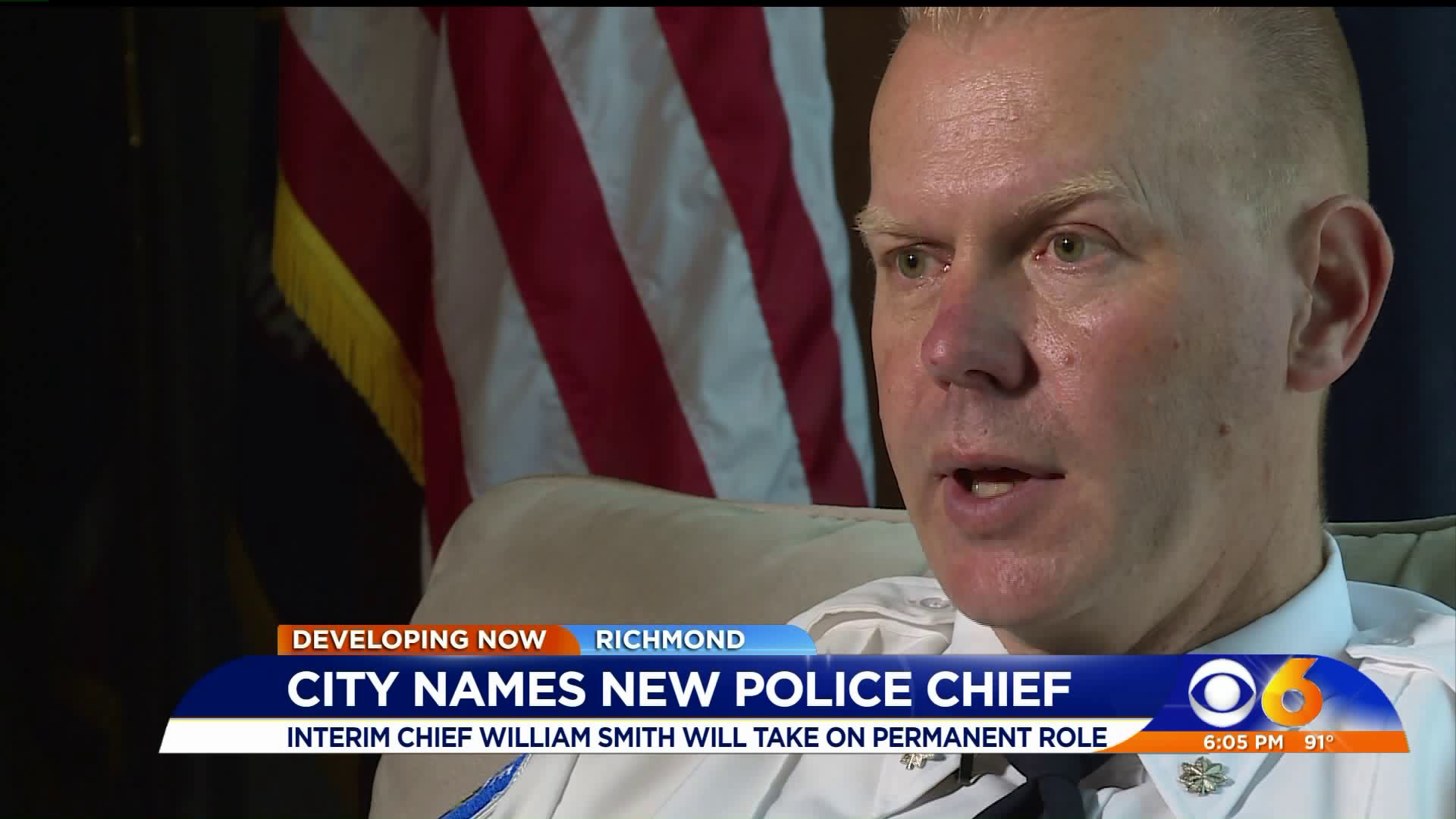 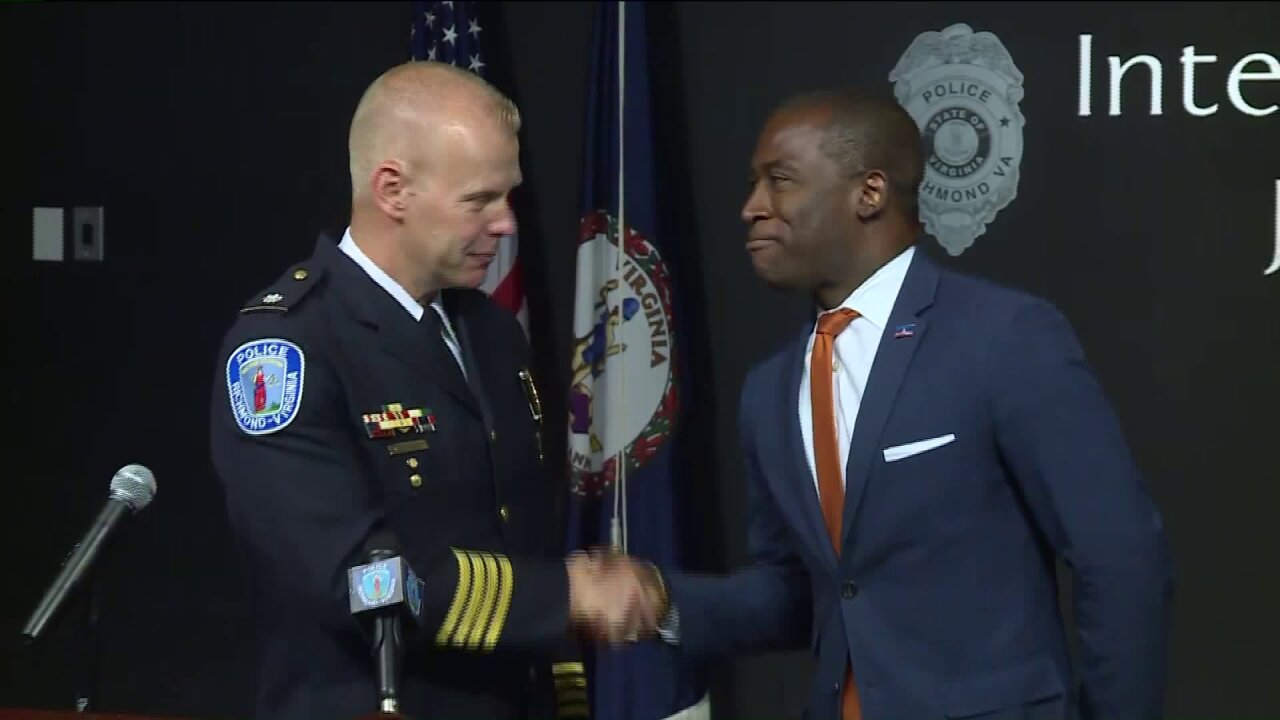 When it came to finding the city's next police chief following the 2018 retirement of Chief Alfred Durham, Richmond Mayor Levar Stoney said he ordered a nationwide search.

"As it turns out, our search for the best candidate led us back to our own backyard," Mayor Stoney said just before announcing Smith got the job.

Smith, who started with the Richmond Police Department in 1995, appeared emotional at his introductory press conference.

"I am truly honored and I am truly humbled by this opportunity," Chief Smith said. "It's hard to thank all the people who have gotten me to this point. Around the room, the men and women of this department have put forth a huge effort, every day, and I appreciate that greatly."

Smith, 51, said he was committed to making Richmond Police a better organization and more accountable and available to the community.

He said he viewed Richmond Police less as a law enforcement agency and more as a public safety agency.

"That talks about restoration for people that are coming back. It involves intervention for those who are starting on the wrong track. And then it involves, obviously, the core functions of law enforcement," he said.

The new chief promised more accountability and accessibility with RPD.

CBS 6 asked him how he plans to make those more than just words.

“We are currently replacing our records management system. We are going to develop a forward facing, public portal, which allows anyone to go in a query the activities of the police department.”

From growing up in River City, Smith says he knows the history of the problems facing Richmond and wants to work with the community to fix them.

“I’d like for them to know that I’m an honest person,” said Smith. “I have a great deal of integrity and I want to make sure we do the very best to make this a safe city for everyone."

Smith is a graduate from Virginia Commonwealth University with a Bachelor of Science degree. He also graduated from the Police Executive Leadership School at the University of Richmond, as well as the Senior Management Institute for Police in Boston.