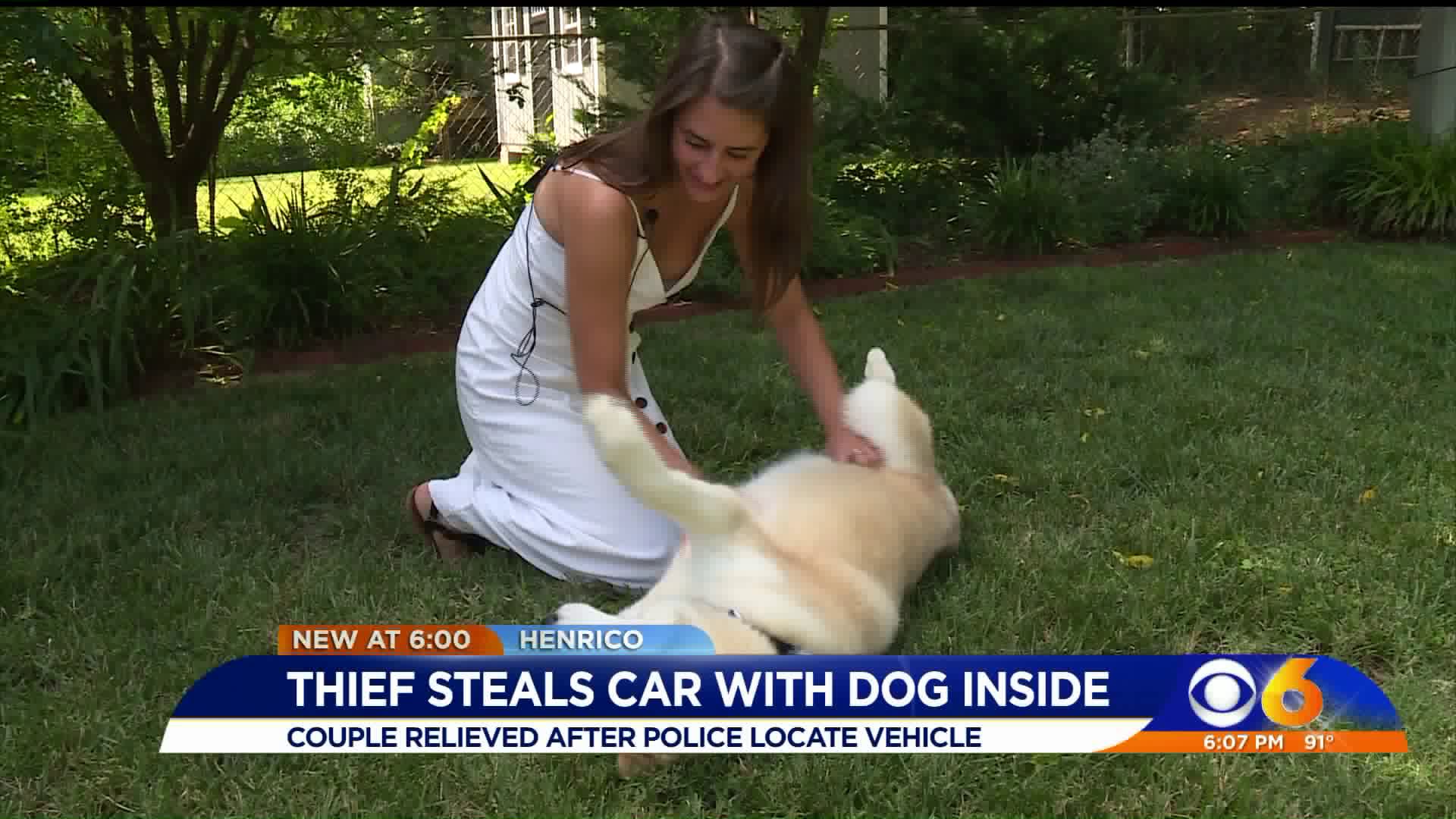 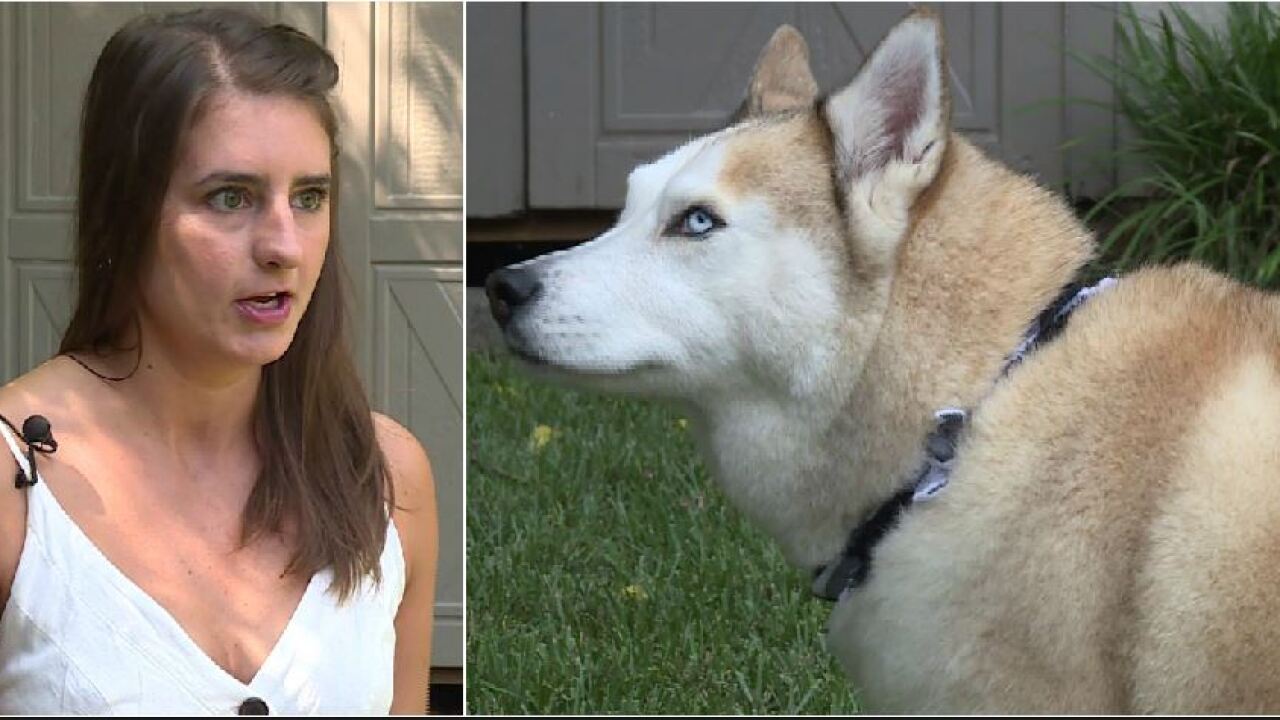 HENRICO COUNTY, Va. -- A Richmond woman experienced several hours of panic after discovering her car was stolen from the parking lot of the Willow Lawn Kroger -- with her dog inside. Henrico Police said officers responded to the 1600 block of Willow Lawn Drive in reference to a stolen vehicle around 3:37 p.m. Sunday.

Danielle Powers said she and her boyfriend took her dog Skyler to the dog park and then to the groomers. After being told there would be a wait at the groomers, Powers said they ran to Kroger to grab a couple items. She said they left the car on, air-conditioning going, and Skyler inside.

"Came out less than 10 minutes and my car was gone," said Powers. "I was parked on the side of Kroger, so obviously panic ensued."

Almost immediately, Powers said she called police, gave a statement, and did what she could to find him.

"My boyfriend and I were driving around town just looking in parking lots and down alleys -- just anywhere that somebody could have ditched the vehicle," said Powers. "I would’ve done absolutely anything to get him back."

Powers said about four and a half hours later, she received good news.

Richmond Police found the car -- with Skyler inside -- a few blocks away on Cutshaw Avenue.

"The thief had left the car running," said Powers. "I opened the back and just gave Skyler a big hug. I think he was a little bit confused."

One day later, from the comfort of his own backyard, Skyler rolled around in the grass -- and laid on his back while Powers rubbed his belly.

"He's a good boy. He got a hot dog when he got home," Powers reflected.

She said she's owned the husky for 10 years, and was happy to have him home. But doesn't take Sunday's situation lightly.

She said she wants other dog owners to be aware.

"Just keep your eyes out and be aware that it could happen," Powers said.

But for now, she said she's cherishing moments with her boy.

"He's my best friend so it's nice that he's still here, and still healthy and happy."

Henrico Police said they were not able to get any information on a possible suspect. Anyone with information is asked to call Crime Stoppers at 804-780-1000.