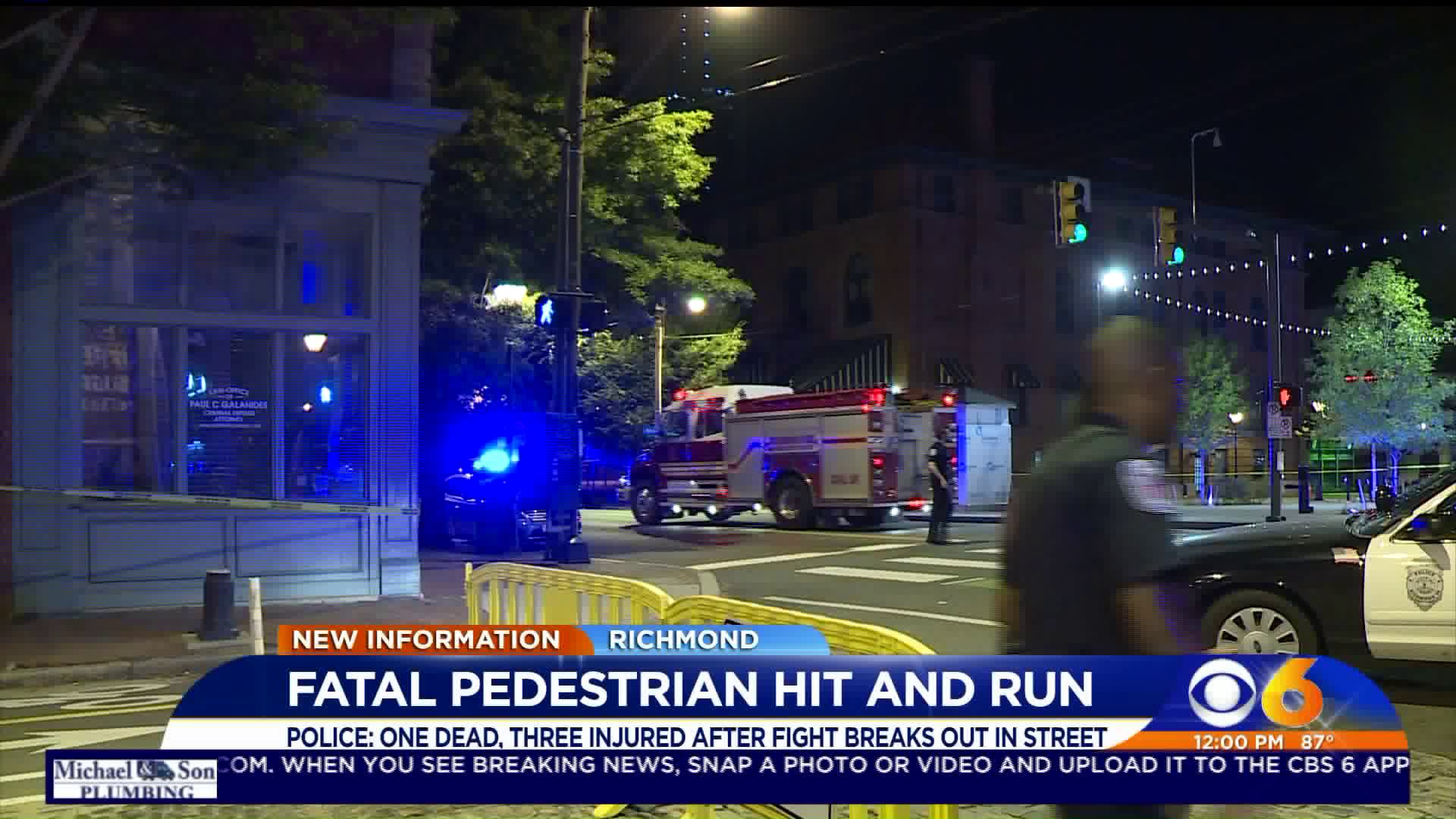 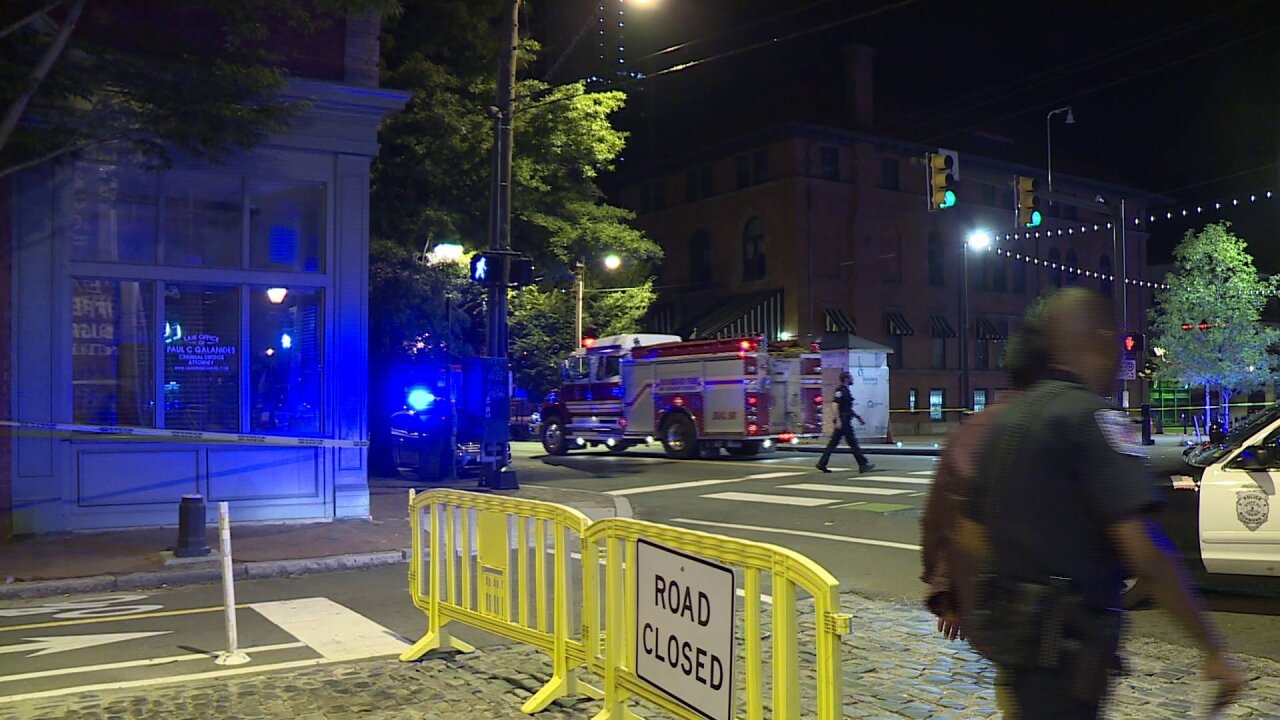 RICHMOND, Va. - One woman was killed and several other people hurt when a driver hit them in Richmond's Shockoe Bottom neighborhood early Wednesday morning.

"At approximately 1:55 a.m. officers received a call for a pedestrian hit in the 1700 block of East Main Street. When police arrived they located two adult females and one adult male who had all been struck by a vehicle," a Richmond Police spokesperson said. "The three victims were transported to a local hospital. One of the adult females died at the hospital. The male struck currently has life-threatening injuries."

Police later learned a fourth person -- another woman -- was hit and taken to the hospital.

"She comes around the corners like doing 35 mph and hits everybody in the street," witnesses Shantell Garner said. "People just start screaming and yelling and running towards the lady that got ran over."

No additional information has been released about the hit-and-run driver, nor the vehicle.

"Detectives are currently looking for a driver and right now we don’t have a vehicle description or a suspect description because it’s early on in the investigation,” Richmond Police spokesperson Chelsea Rarrick said.

East Main Street between 15th and 19th Streets was closed as police investigated. The road has since reopened. This is a developing story. Witnesses can send news tips, photos, and video here.