Bad news for General Mills: People splurge on pet food but not snacks for themselves 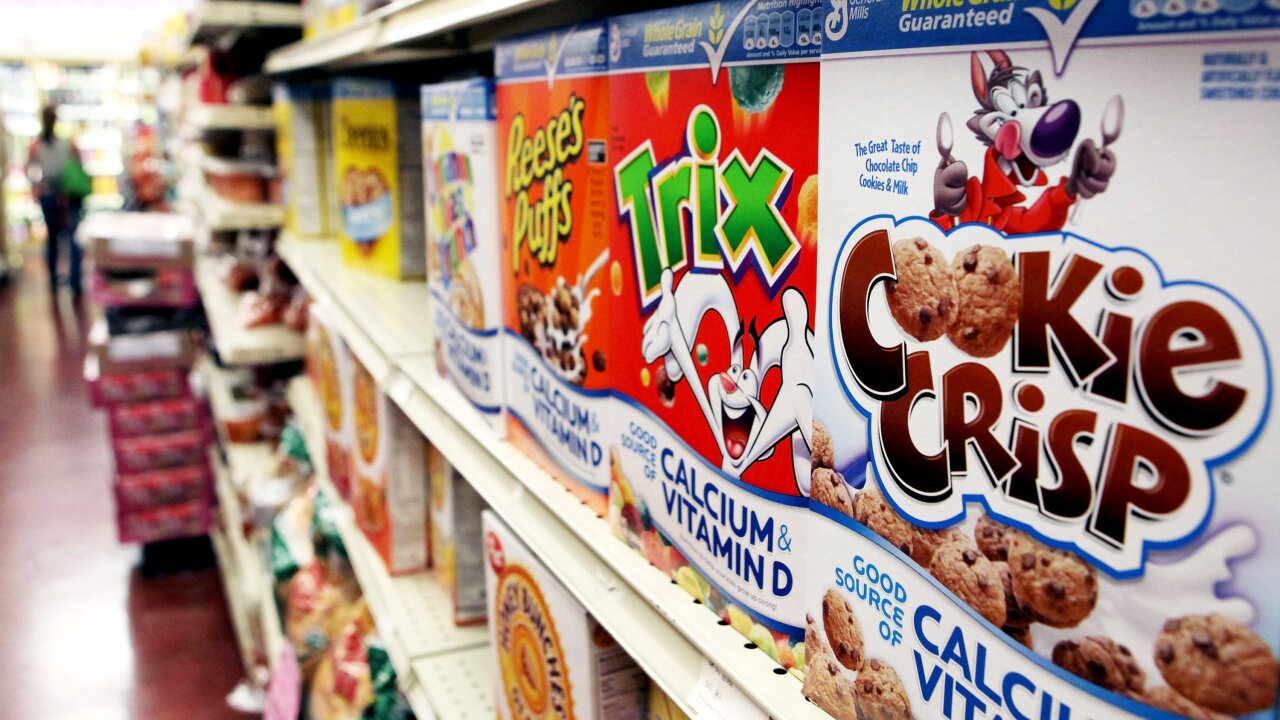 **This image is for use with this specific article only** General Mills, the owner of supermarket staples Cheerios, Haagen-Dazs ice cream and Progresso soup, said Wednesday that its latest earnings topped forecasts – largely because of higher prices.

Americans are splurging on food for their cats and dogs — but not snacks for them and their kids. That’s not great news for General Mills.

Shares of General Mills, the owner of Cheerios, Lucky Charms and Yoplait, fell 7% in early trading Wednesday after the company reported its latest quarterly results. That made General Mills the worst performing stock in the S&P 500.

The weaker-than-expected revenue was largely because of a 2% drop in sales in its North American retail unit, the division that includes Annie’s branded cheddar bunnies, Chex, Fruit Snacks and the Fiber One and Nature Valley brands of bars.

General Mills said sales of other supermarket staples, such as cereal, yogurt and baked goods, held steady in the quarter. But that wasn’t enough to offset the weakness in snacks.

‘Out of step’ with current food trends

The company’s Fiber One bars “fell out of step” with current weight loss and diet trends in the United States, said CEO Jeffrey Harmening during a conference call with analysts.

“We need to get snacks back on track,” added Chief Financial Officer Donal Mulligan, who said the company will ramp up its R&D spending on new products.

“You’ll see us invest behind some really good ideas on bars and snacks,” Mulligan said.

The good news for General Mills is sales for the company’s Blue Buffalo pet products division is booming, surging 38% from a year ago. Operating profits soared 82% as well.

General Mills bought Blue Buffalo in 2018 for $8 billion, a move that seems to be paying off. The strong stock market debut for online pet supplies retailer Chewy earlier this month is another sign of how Americans love to pamper their pooches and kitties.

But big food companies in general have been squeezed lately. A shift in consumer tastes have hurt many of the bigger companies, as more people are eating and drinking healthier food and drinks.

The increased clout of Amazon, Walmart and Target in the grocery business is also a problem for General Mills and its rivals. These mega-retailers have pushed the food companies to keep prices low, which hurt profit margins.

Shares of several other food companies were tumbling Wednesday along with General Mills. Smucker, Kellogg, McCormick, Campbell Soup and Hershey were among the bigger losers in the S&P 500.

Kraft Heinz, which is backed by Warren Buffett’s Berkshire Hathaway, was down slightly too.

Kraft Heinz is one of the worst performing stocks of the year, plunging nearly 30% due to concerns about weak demand for its macaroni and cheese and Oscar Mayer cold cuts.