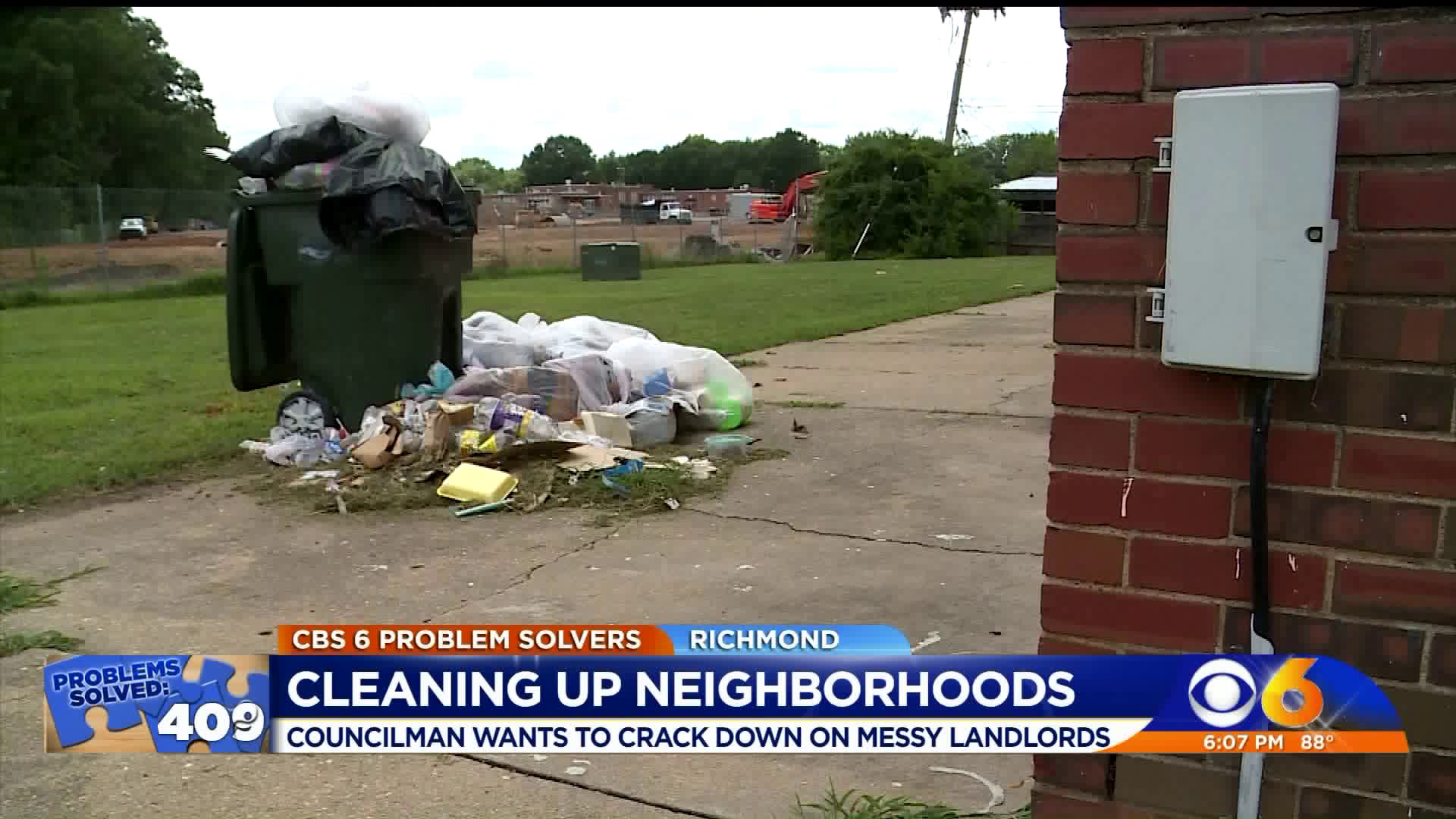 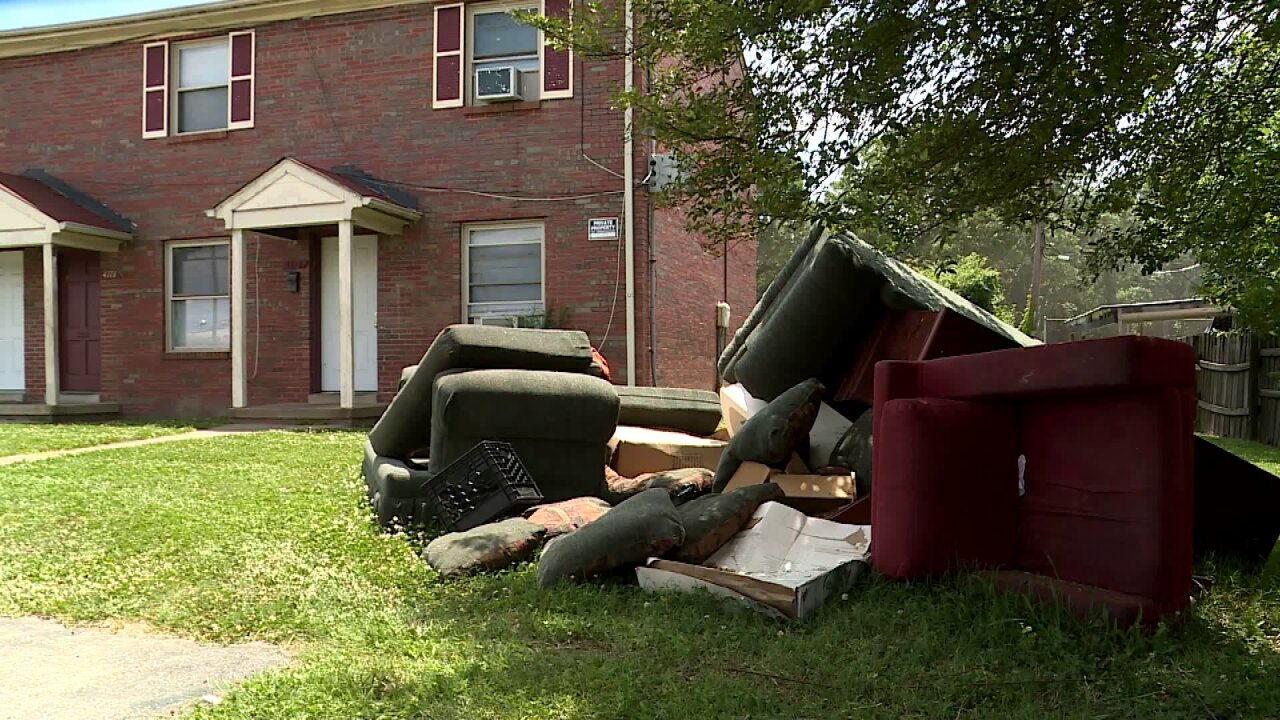 RICHMOND, Va. -- CBS 6 Problem Solvers often highlights frustrated residents who want the city to do something about issues in their neighborhoods.

A Richmond city councilman tells CBS 6 Problem Solvers he has sat down with some of those neighbors and he’s calling on more neighbors to join his fight to keep city neighborhoods clean.

On Tuesday, CBS 6 found sofas, chairs, boxes, and even a toilet littering the front lawn of a Kinsley Avenue apartment building in South Richmond.

Wilkins says he’s seen a big change in how the property is being kept since someone new took over a few years ago.

“Stuff is out here everywhere now. When Clyde owned it, none of that was out here then,” he added.

Councilman Mike Jones (9th District) says while on a community walk, neighbors were eager to show him the mess that they’ve been dealing with for at least a month.

It was still there nearly two weeks later when he returned.

“It’s not even near the street to get picked up, nor has it been called in,” said Jones.

Determined to fight these type of code violations in his district, Jones says the out of town landlord Kinsley properties, LLC was cited by the city.

While one load of trash was picked up, the other pile of sofas and furniture remained.

“The owner said because the landlord didn’t do some basic maintenance, you got mold, bugs and all types of things. And it’s just sitting out here. You have kids right across the way playing. Good folks live in this community and we’re trying to clean some stuff up,” said Jones.

Jones says the City of Richmond will use every tool they have to force landlords to comply.

He wants frustrated neighbors in all districts to join the fight.

He is asking them to take part in a series of community walks with their own council members this summer and fall to bring issues plaguing city neighborhoods to light.