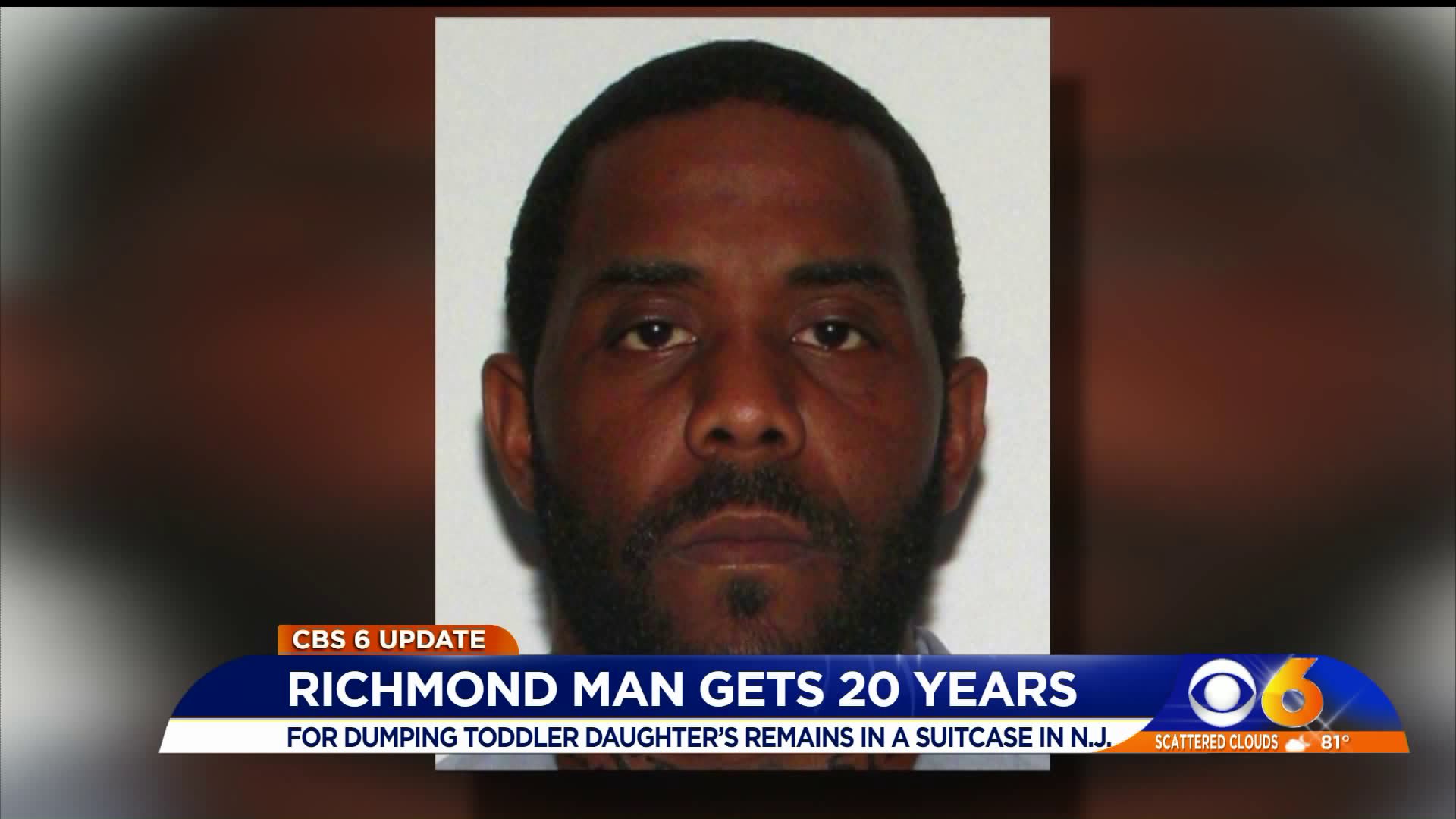 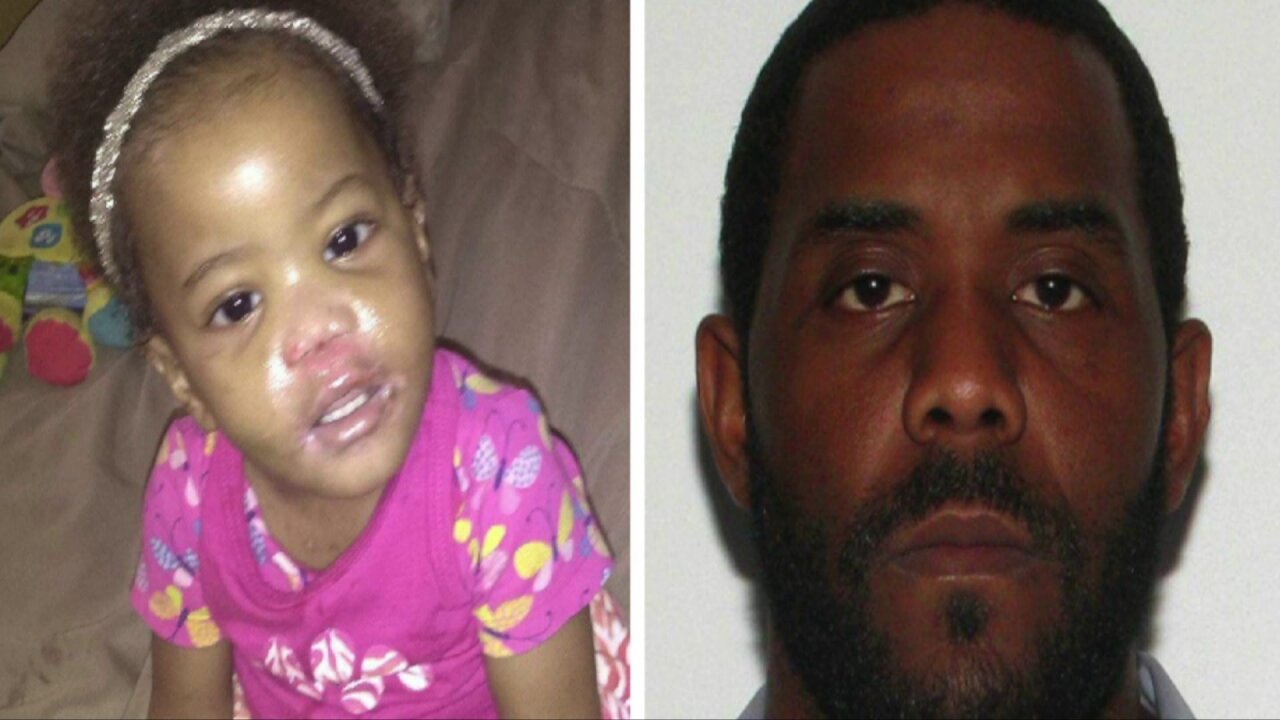 JERSEY CITY, N.J. -- A Richmond father whose toddler daughter’s body was found in a suitcase tossed next to train tracks in New Jersey was sentenced Friday to 20 years in prison.

Travis Plummer, 38, was found guilty of desecrating human remains, a second-degree crime. Plummer hasn’t been charged with killing his daughter.

Plummer was arrested in Puerto Rico on April 19, 2018, after the body of his two-year-old daughter Te’Myah was found in a suitcase along the train tracks in Jersey City.

Te’Myah was last seen by Richmond-based family members in August 2017. Investigators believe Plummer took Te’Myah from her mother in fall 2017 and traveled to New Jersey with the decomposing body wrapped inside a suitcase, according to the Associated Press.

The Associated Press reports that police believe the toddler’s body was left inside a suitcase in a friend’s garage for months before Plummer dumped it off a bridge near the tracks.

Plummer had a lengthy criminal record in Richmond that involved two counts of distributing cocaine in 2009, abduction and child abuse charges for a 2013 incident. Later that year, Plummer was found guilty of possession of a deadly weapon while in prison, records show.

In 2004, Plummer’s 8-month-old son drowned in a bathtub. According to an autopsy report, the boy was left unattended by Plummer in a bathtub. The document said Plummer returned to find the infant unconscious. The Medical Examiner ruled the infant’s death accidental.

Plummer was initially charged with voluntary manslaughter and child abuse, court records indicate, but the legal proceedings ended in a mistrial.

Then, in 2005, Plummer plead guilty to misdemeanor child neglect and was sentenced to one year in jail, according to the guilty plea.