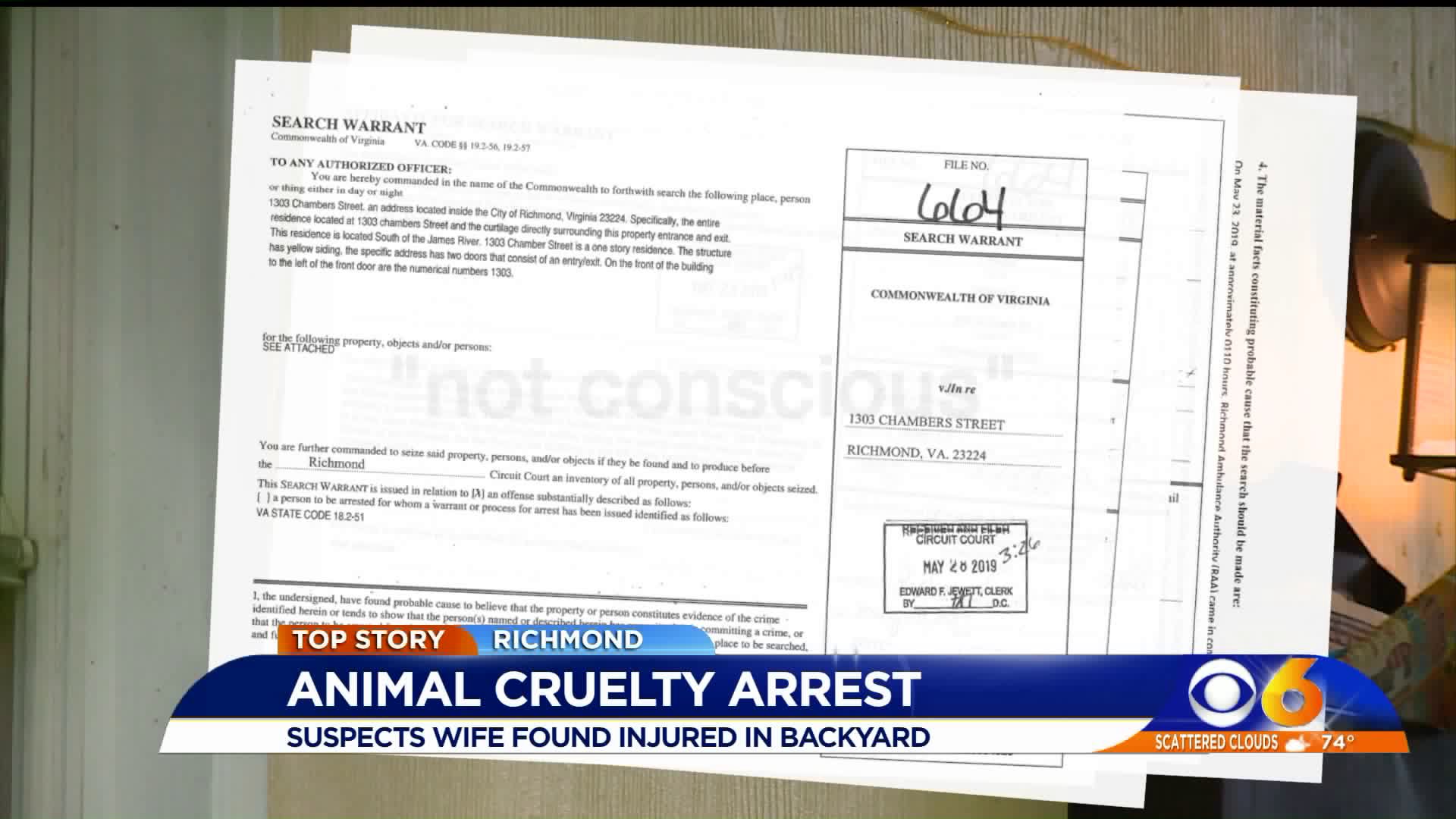 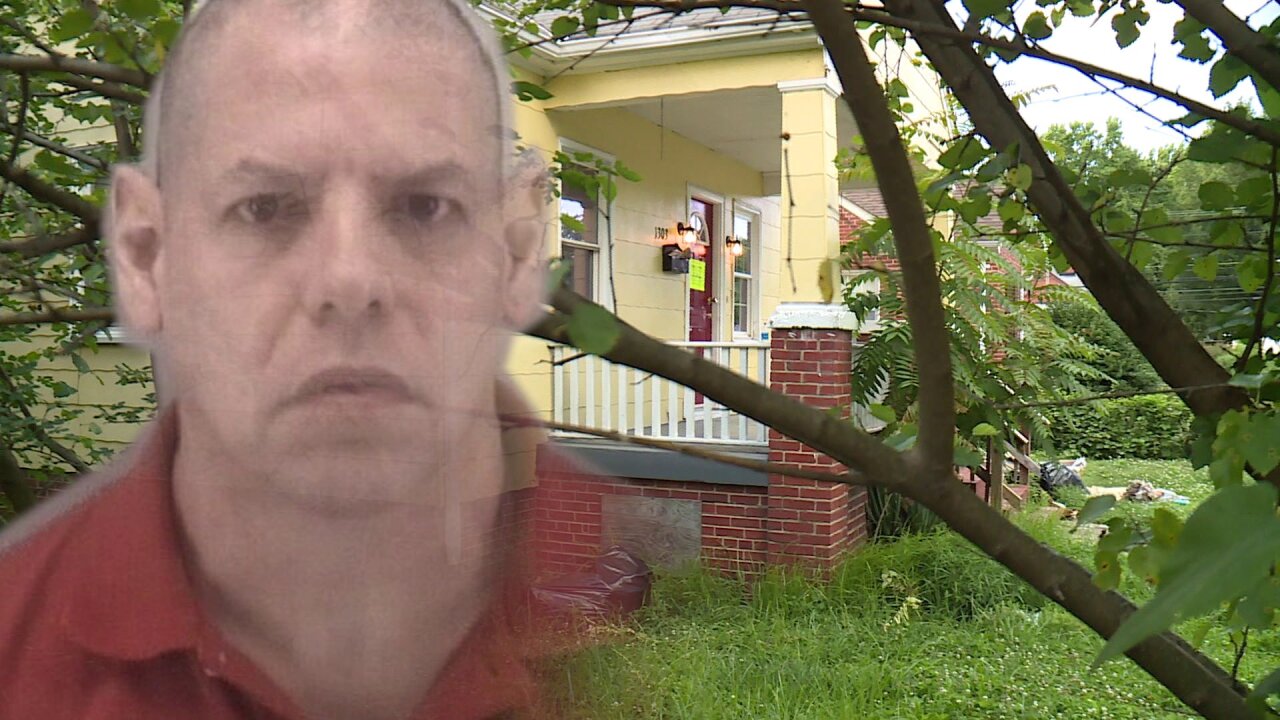 RICHMOND, Va. -- A search warrant obtained by CBS 6 revealed gruesome details after a Southside man was charged with 18 counts of animal cruelty.

Richmond Animal Care and Control (RACC) announced the arrest of John E. Faircloth, 54, of the 1300 block of Chambers Street on Friday.

Faircloth was charged with 18 counts of animal cruelty and 18 counts of noncompliance, which includes failure to update rabies vaccinations, city licenses, and/or breeders permit, according to RACC.

RACC Director Christie Chipps Peters said the suspect turned himself into police after warrants were issued for his arrest on Thursday night.

"We are grateful that someone came forward and gave us that information because it really did allow us to move forward to remove a lot of animals from a very bad situation," Chipps Peters stated.

But, a search warrant of Faircloth's Chambers Street home dated May 28 revealed more trouble on the property.

The search warrant showed on May 23 Richmond Ambulance Authority found Faircloth's wife "not conscious in the backyard" and "was transported to VCU Medical Center Emergency Center where she was seen for injuries consistent with head trauma that is considered life threatening by medical staff."

"Law enforcement observed multiple scratches on Faircloth's person which were consistent with being in some form of altercation," according to the warrant.

CBS 6 Reporter Brendan King observed a "no trespassing" sign posted by the City of Richmond on the front door stating the suspect's home was deemed unfit and unsafe for humans to enter.

Trash bags, cardboard boxes, and belongings were littered in the front yard.

CBS 6 has reached out to Richmond Police for more information on the condition of the suspect's wife.

Online records showed Faircloth has been released from jail.