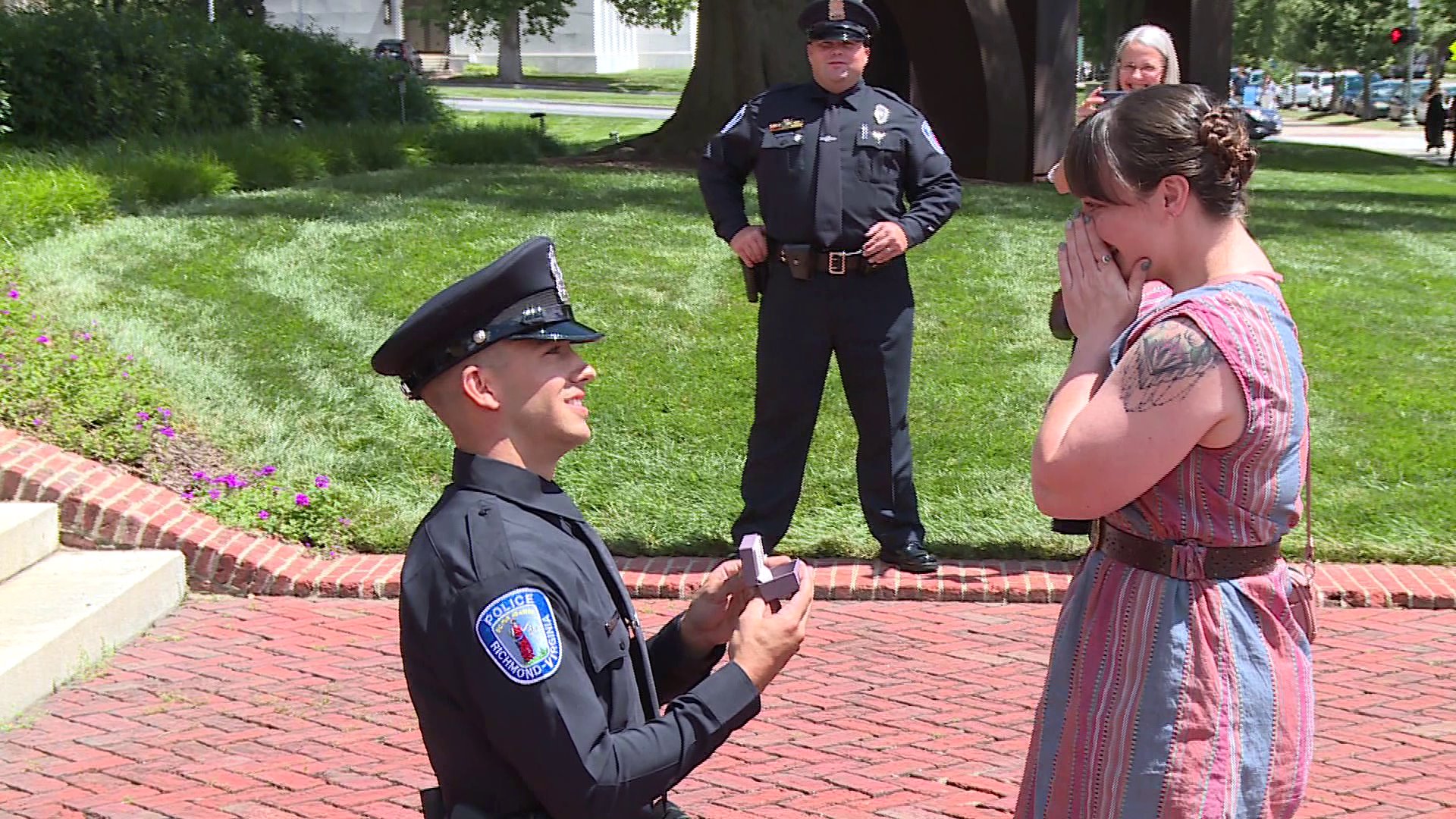 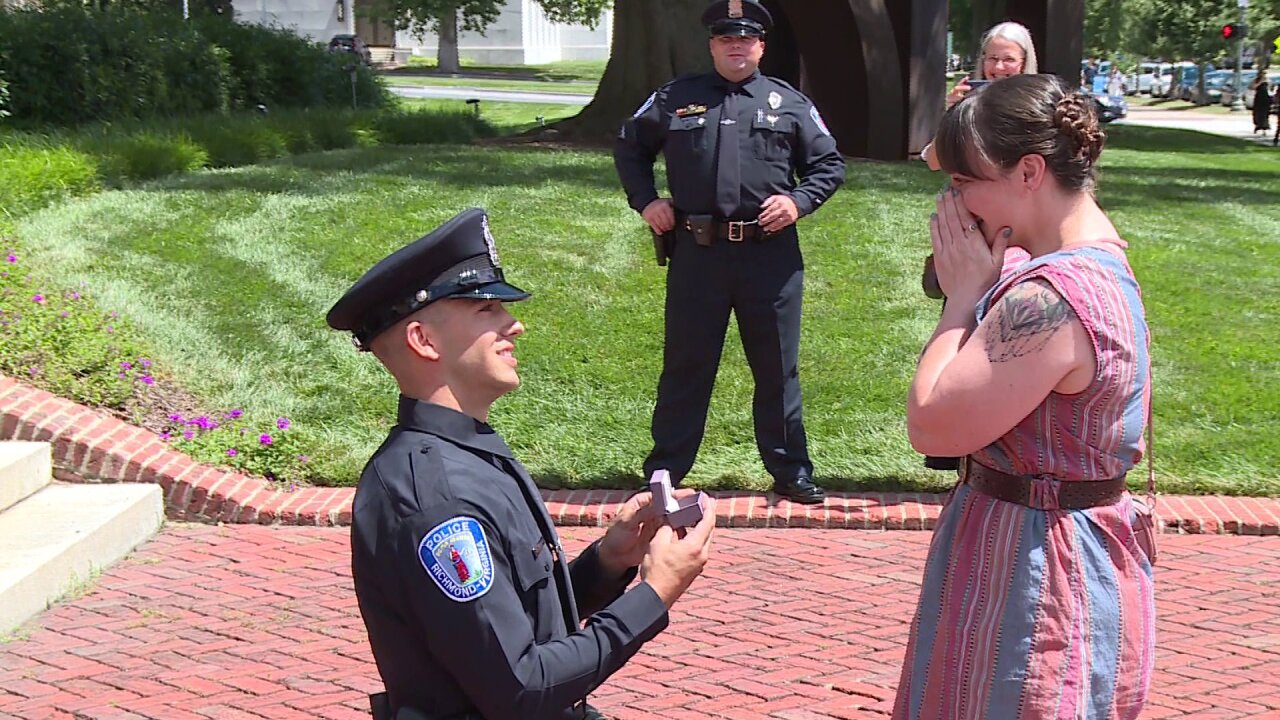 RICHMOND, Va. -- It's a day Richmond Police Officer Kyle Leahy and his fiancee Nikki Mercier will not soon forget.

During Leahy's Richmond Police graduation ceremony, Mercier was called up front and center. Leahy was called out too.

Face to face, he dropped to one knee and proposed.

"I had no idea," Mercier afterwards. "I was just super excited for him today."

Leahy called it an amazing day all around.

The couple met while serving overseas in the Army and started dating a year and a half ago when they were both in Richmond.

They'll have the weekend to celebrate, Leahy begins field training on Monday.