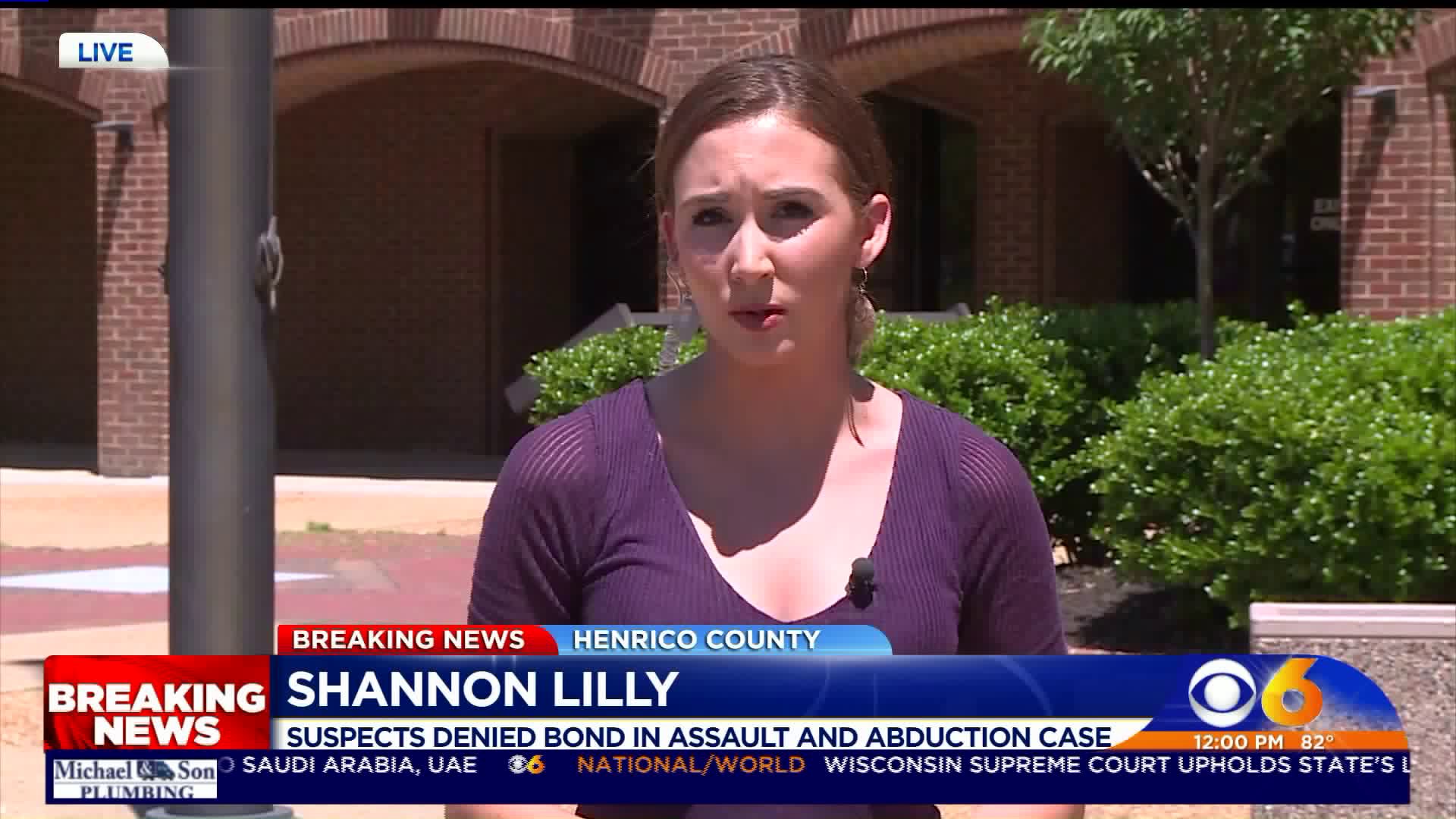 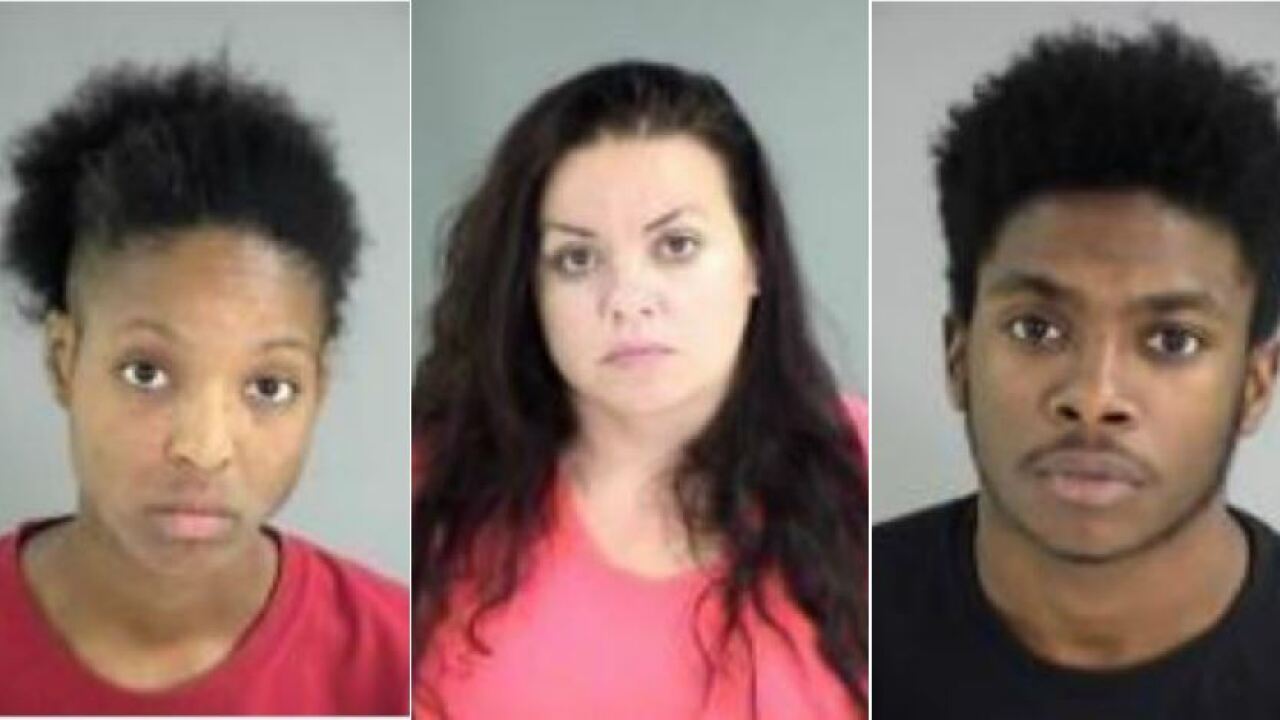 HENRICO COUNTY, Va. -- Three people were arrested in connection to an alleged abduction and sexual assault reported in Henrico County.

"On June 20, 2019 around 2:27 a.m., Henrico Police responded reference an assault that reportedly occurred in the 8100 block of Four Mile Run Parkway. The victim reported being physically and sexually assaulted by known individuals," a Henrico Police spokesperson said.

Further investigation lead to identifying the following suspects and charges:

Dayna Ruth Reeves, 39, of Henrico, John Lawrence Ellis Jr., 21, of Henrico, and Ryanna Cassidy Murrell, 28, of Petersburg, were charged with:

Crime Insider Jon Burkett reported Thursday that the victim, a female, escaped from a Henrico home after the assault. She was taken to the hospital and was expected to fully recover.

In a first court appearance, Reeves and Murrell were denied bond Friday. They were both given a court-appointed attorney, and are due back in court September 17, at 9:30 a.m.