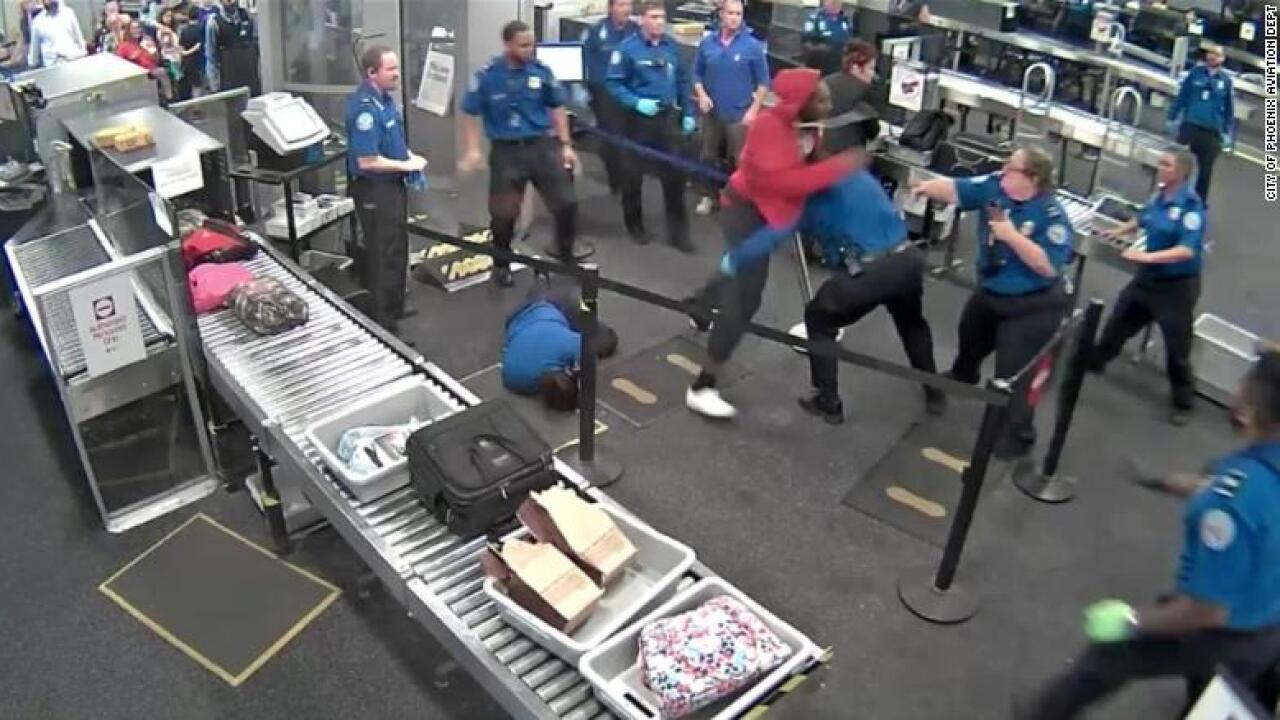 One transportation security officer was taken to a hospital and four to urgent care clinics, said Lorie Dankers, a spokeswoman for the Transportation Security Administration. All were treated and released.

The incident occurred around 9:45 a.m. Tuesday at a security checkpoint in Terminal 4 of Phoenix Sky Harbor International Airport, Dankers said.

Other transportation security officers and members of the Phoenix Police Department subdued the man, she said.

The suspect, identified as Tyrese Garner, was arrested and charged with criminal trespassing and resisting arrest, which are felonies, as well as five counts of misdemeanor assault, Phoenix Police Det. Luis A. Samudio said.

The suspect is due in court Tuesday. He is being held in the Maricopa County Jail on $1,500 bond. He has not yet been assigned an attorney, according to court documents.

“This unprovoked and brazen physical attack against our employees is unacceptable,” Dankers said. “We are grateful for our committed workforce and for the role they play in protecting the traveling public every day. We continue to monitor the safety and health of the TSOs involved in this incident and will cooperate fully with the ongoing investigation.”