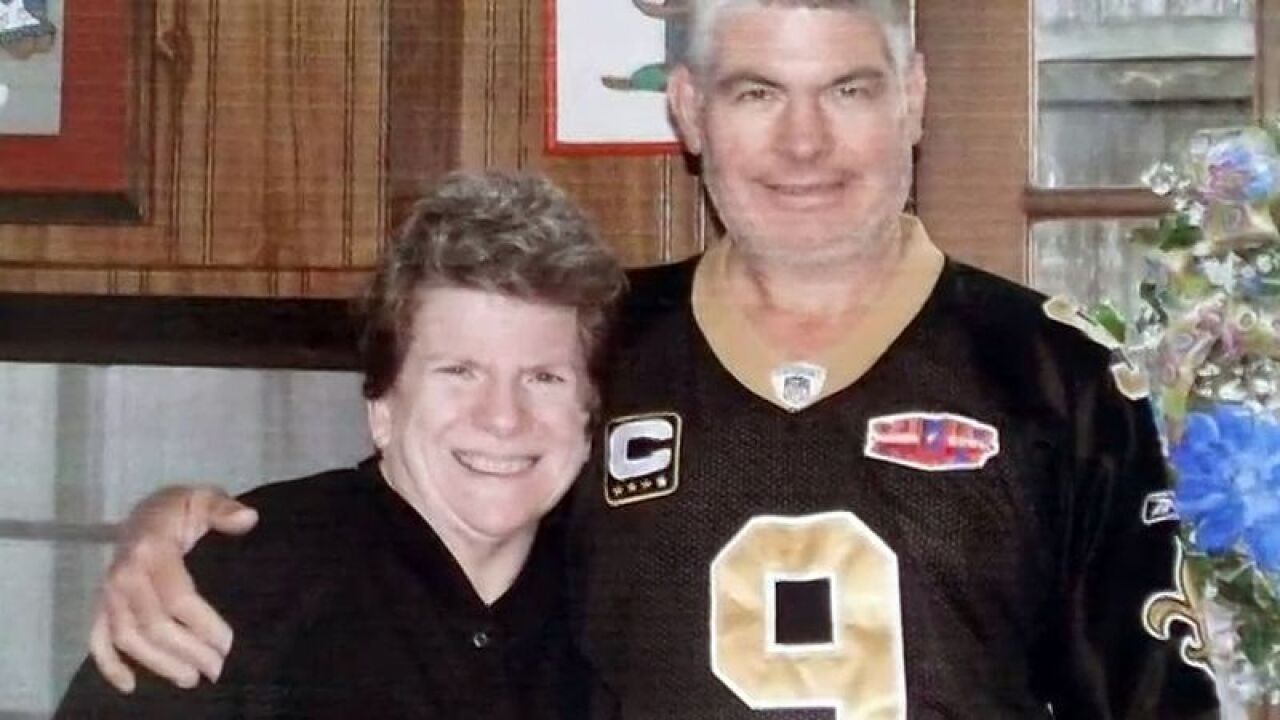 It was supposed to be a trip of a lifetime for Susan Simoneaux and her husband, Keith Williams, who had been together 10 years, when they traveled to Punta Cana shortly after getting married.

But it quickly turned into a nightmare.

Less than a week after returning home from the Dominican Republic, Simoneaux was rushed to the hospital with fluid in her lungs, according to WWLTV. She died on Tuesday.

Her husband said he did not know that at least nine other Americans had died while visiting the Dominican Republic, and dozens of others had fallen ill.

“I would have never went if I would have known,” Williams told WWLTV. “I did not know to be honest with you.”

Investigations are still ongoing and Dominican authorities say they have not found any connection between the deaths.

An autopsy for Simoneaux is planned.

So is it safe to travel to the Dominican Republic?

Many Americans may be wondering if they should cancel their upcoming trips to the Caribbean paradise after the recent deaths of several tourists there have confounded authorities and set the nation on edge.

Here are answers to some of the open questions travelers might have.

How many people have died?

Not counting the most recent death of Simoneaux, at least nine American citizens have died in the Dominican Republic over the past year, according to information from the US State Department, victims’ family members and the resorts involved.

Reed said her brother had not been feeling well when he was with friends at the hotel pool. Reed said the friends told her he showered and went out that night, despite the fact that he still wasn’t feeling well. The next morning, he failed to meet up with friends. When hotel staff checked his room, they found him dead.

Jason Allen, the man’s brother, wrote in a letter that Joseph Allen’s son Amir arrived in the DR only a few hours after Allen’s body was found. The father and son were planning on spending Father’s Day together.

Allen’s family is seeking to have his body returned to the US to undergo an autopsy back home.

Cox, of New York City, died in her hotel room at the Excellence Resorts in Punta Cana on June 10. The hotel gave the cause of death as heart attack, citing a forensics report. CNN has not independently confirmed the contents of the report. Cox’s son expressed doubts over the hotel’s claims about his mother’s cause of death, saying he did not believe she died from “natural causes.”

“I truly believe if she was anywhere else in the world besides the Dominican Republic she’d be alive right now,” Will Cox told CNN affiliate WCBS.

The Maryland couple missed their scheduled checkout time at the Grand Bahia Principe in La Romana on May 30. When hotel employees checked them, they were dead, police said. Both Holmes and Day had internal bleeding, including in their pancreases, according to Dominican authorities. Holmes had an enlarged heart and cirrhosis of the liver — both signs of significant pre-existing disease, the Dominican authorities said, and Day also had fluid in her brain. Both also had fluid in their lungs, Attorney General Jean Alain Rodriguez Sanchez’s office said in a statement. Authorities said they won’t provide more details on the cause of death until toxicology results are completed.

Schaup-Werner of Whitehall township, Pennsylvania, checked into the Bahia Principe resort in La Romana — the same hotel where Holmes and Day died — on May 25. She excitedly took pictures in the room she shared with her husband, Dan Werner. They were celebrating a wedding anniversary. She had a drink from the minibar and suddenly felt ill, family spokesman Jay McDonald told CNN affiliate WFMZ. Shortly afterward, she collapsed and died. Schaup-Werner suffered a heart attack, pulmonary edema and respiratory failure, according to a preliminary autopsy cited by the Attorney General’s Office of the Dominican Republic. Toxicology results are pending and the death remains under investigation.

Wallace, 67, a resident of Turlock, California, died after becoming ill at the Hard Rock Hotel & Casino in Punta Cana on April 12, relatives told CNN affiliate KTXL. More than two dozen members of his family were in the Dominican Republic for a wedding. Tommy Tickenhoff, his son in law, told the station that Wallace became sick after drinking scotch from a minibar.

Harrison, 45, of Brandywine, Maryland, died at the Hard Rock Hotel & Casino in Punta Cana in July 2018, according to his wife, Dawn McCoy. They were celebrating an anniversary. She said her husband returned from a snorkeling excursion one day earlier and he said he wasn’t feeling well. Early the next morning, she said, he was sweating and unable to get up before he died. The cause of death was listed as a heart attack and pulmonary edema by local authorities.

Yvette Monique Sport died in June 2018 at the Bahia Principe in Punta Cana, her sister, Felecia Nieves, told CNN. She had traveled there with a group of friends, her first vacation in eight years. Sport, a resident of Pennsylvania, took a shower and went to bed after having drinks with her fiance, Nieves said. Sport also had a drink from the minibar, she said. Her fiance heard her make “a gurgling sound” in her sleep, Nieves said. The next morning, Nieves said he discovered that she was dead. The family is still awaiting toxicology reports. The US State Department confirmed the death.

Are these deaths related in anyway?

The bottom line: Officials in the Dominican Republican or the US have not said the deaths are connected.

But there are similarities between the deaths. Three of the Americans died at the Bahia Principe resort in La Romana within days of each other. Two died at the Hard Rock Hotel & Casino in Punta Cana.

The investigations into the deaths have included visits from health inspectors, including environmental health and epidemiology specialists, according to Carlos Suero, spokesman for the Ministry of Public Health.

The US Embassy in Santo Domingo has said it is “actively working” with Dominican authorities to ensure that American citizens are safe. It said Dominican officials have asked for FBI assistance for further toxicology analysis on the recent Bahia Principe, La Romana cases.

“These cases are very regrettable, but isolated,” Tourism Minister Javier Garcia said in a statement earlier this month.

A Colorado couple, who stayed at the Bahia Principe in La Romana last year, told CNN they became violently ill after being exposed to what they suspect were insecticides spread through the air conditioning system.

What has been the impact on tourism?

The bottom line: It’s not yet clear if Americans are canceling their trips to the country. But Dominican officials aren’t taking any chances.

Tourism last year represented more than 17% of the country’s economy, according to the World Travel & Tourism Council.

So earlier this month many Dominican government officials started reusing on social media the hashtag #BeFairWithDR — which the officials have used before to counter negative publicity.

“Cheerful, welcoming and hospitable, our Dominican Republic, the economy that grows the most in America, with its beautiful beaches and mountains, its tasty gastronomy and hardworking people invites you to know and love it,” Marchena tweeted.

I’ve already booked a trip there. Should I still go?

The bottom line: The State Department has not issued a travel warning about trips to the Dominican Republic.

Because of crime in the country the Dominican Republic is under a Level 2 travel advisory, which means to exercise increased caution.

Matthew Bradley, a regional security director for the risk management firm International SOS, said that the Dominican Republic is still a safe destination.

“These incidents, while recent, in my mind don’t indicate Dominican Republic is any less safe than it was before,” Bradley said. “I would tell people to continue with trips.”

The concern over the deaths hasn’t stopped Bobby Minor from leading a group of people to the island nation. Minor is the head of baseball operations for the Cepeda Caribbean Classic, which has brought about 60 families from throughout the US to the Dominican Republic for a youth tournament. Minor said only one mother decided not to make the trip with her son.

If travelers do decide to go on with their trip, Robert Quigley, senior vice president and regional medical director for International SOS, said they should visit a doctor before their trip, “especially if they might have a chronic medical condition or cardiovascular disease.” He said sleep deprivation and stress can “exacerbate underlying, and sometimes asymptomatic, serious cardiovascular diseases.”

But Demetrius Lockwood, a corrections officer in Florida, canceled a late-summer vacation he had planned to take to the Dominican Republic with friends.

“Maybe this is not the best time to go,” he said.