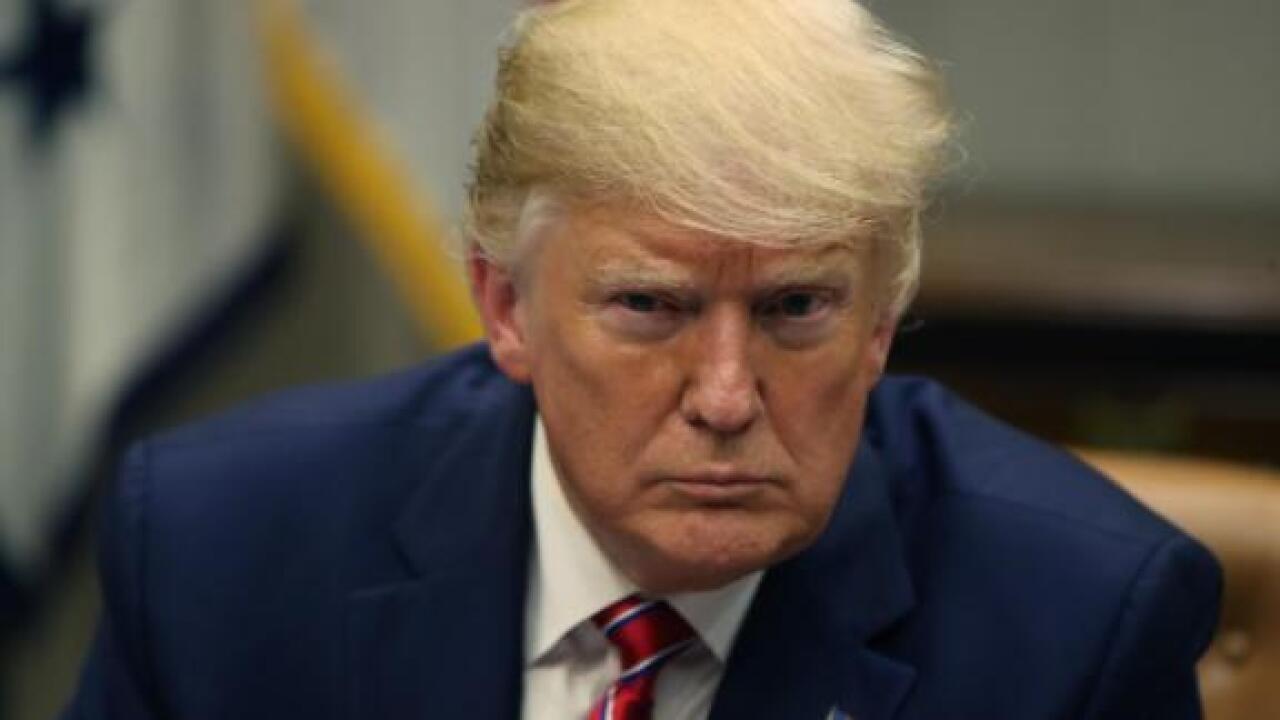 President Donald Trump and his aides were confronting dramatically increased tensions with Iran on Thursday after the downing of a US drone near the Persian Gulf.

“Iran made a very big mistake!” the President tweeted mid-morning as his national security officials were huddling to weigh possible responses.

Iran made a very big mistake!

The ominous — if vague — message came after Iran’s Revolutionary Guard said it had shot down an “intruding American spy drone” after it entered into the country’s territory Thursday.

The move caused the volatile situation in the region to deteriorate further. Trump has tightened sanctions on Iran after withdrawing from the Obama-era nuclear deal last year.

At the same time, Trump has sought to calm nerves, and continues to privately express wariness at wading into another foreign conflict.

For Trump, the situation will provide a test of his willingness to engage Iran after weeks of escalation, including attacks on oil tankers in the Gulf.

In meetings with his national security team over the past several weeks, Trump has maintained his skepticism toward going to war with Iran, telling advisers he isn’t interested in sending American troops into another engagement in the Middle East.

He has also told his team that regime change should not be in the cards — a position he reiterated during a news conference in Japan at the end of May.

That stance has sometimes been at odds with other members of his national security team, including national security adviser John Bolton and Secretary of State Mike Pompeo. Both have offered hawkish warnings to Iran over its behavior.

Officials said Trump is not overly concerned with the rhetoric coming from his team, despite frustrations earlier this spring that his advisers appeared to be getting out ahead of him.

Despite the efforts of Pompeo and the Pentagon to demonstrate the extent of Iran’s malign activities in the Gulf by releasing evidence they claim shows Iran was behind the tanker attacks, the posture within the White House in response to these incidents has been less urgent.

One official said it is primarily because the President has not viewed these latest incidents as being enough of a trigger for escalation with Iran.

It wasn’t yet clear whether the downing of the US spy drone would provide further imperious for escalation, and Trump did not clarify in his tweet on Thursday.

A second official said Trump, while keeping a close eye on the situation, has not voiced a firm view of how he wanted to proceed going forward — instead asking for options without stating what his preferred end goal might be.

In an interview with Time magazine this week, Trump laid out in greater specificity what kind of provocation would justify military action in his mind.

“I would certainly go over nuclear weapons … and I would keep the other a question mark,” Trump said.

A second source with knowledge of the situation told CNN that the administration believes Iran is targeting oil tankers in an effort to “impact the oil market” and provoke Trump over an issue that they know he cares about.

“With mines placed above the water, they knew this wasn’t going to have a lot of collateral damage,” the source said. “It’s symbolic, and it was to affect the markets, but it hasn’t had much effect.”