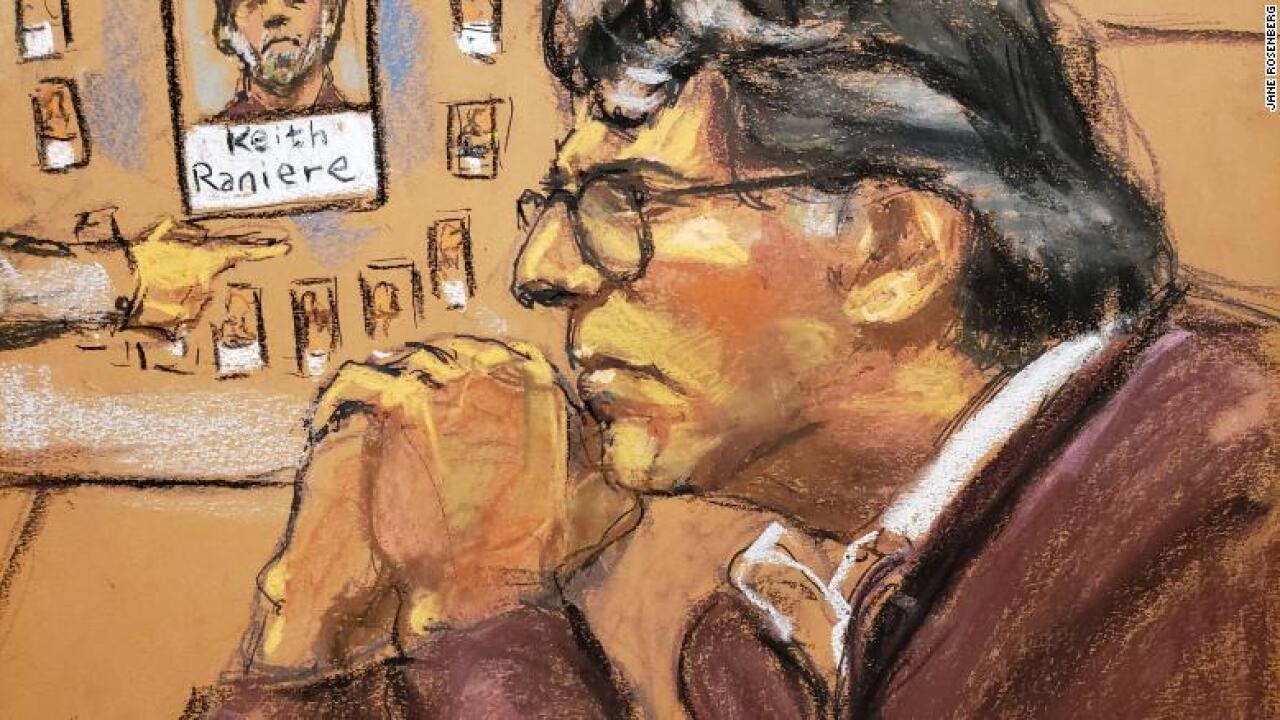 Keith Raniere, the founder of the “Nxivm” self-help company that prosecutors said secretly housed a sex cult, was found guilty of racketeering, sex trafficking and other crimes on Wednesday.

Raniere maintains his innocence and plans to appeal the case, his attorneys said after the verdict.

During six weeks of testimony in Brooklyn federal court, group members told the jury that they were pressured to have sex with Raniere, and were ceremonially branded near their bikini lines — only to realize later that their skin had been marked with Raniere’s initials.

Raniere did not testify in the case, and his defense attorney did not call any witnesses, but his attorney has argued that his relationships with Nxivm followers were consensual.

But within Nxivm, Raniere also ran a secret group known as “DOS” or “The Vow” that functioned like a cult with Raniere at its head. Mack and Bronfman, who were both part of the inner DOS group, pleaded guilty in April to various charges to avoid trial.

Witnesses in court testified that they were blackmailed into silence after being asked to turn damaging personal information over to their “masters.”

“The defendant tapped into a never-ending flow of women and money,” prosecutor Moira Penza told jurors in closing arguments on Monday. “(He was) a crime boss with no limits and no checks on his power.”

Defense attorney Marc Agnifilo argued that no crimes were committed.

Reaction to the verdict

Jurors began deliberating at 9:25 a.m. on Wednesday and came to their verdict after about four hours of deliberation. As the first guilty count for racketeering was read, a few former Nxivm members in the gallery gasped.

Catherine Oxenberg, the mother of one woman in the group who has spoken publicly about how she fought to break her daughter out of it, buried her head in her hands and sobbed.

“It gives me so much faith,” she told CNN outside the courtroom. “Justice is served.”

Richard P. Donoghue, US attorney for the Eastern District, told CNN he was pleased with the verdict.

“This trial has revealed that Raniere, who portrayed himself as a savant and a genius, was in fact a massive manipulator, a con man, and the crime boss of a cult-like organization involved in sex trafficking, child pornography, extortion, compelled abortions, branding, degradation and humiliation,” he said.

Raniere could be sentenced to life in prison. He has been in federal custody in Brooklyn since he was arrested in Mexico last year.

Outside court after the verdict was read, Agnifilo apologized to Barbara Bouchey, a former girlfriend of Raniere who left Nxivm in 2009.

She was not a member of DOS, but prosecutors showed evidence that Raniere had explicit photos of Bouchey on his computer, and Bouchey told CNN she has been hit with numerous lawsuits from Nxivm since leaving.

“He said, ‘I’m really sorry.’ And then he said, ‘I hope this is justice for you and I know this has been really hard on you,'” Bouchey told CNN. “A part of me couldn’t believe he was saying it.”

Agnifilo confirmed the interaction to reporters outside of court.

“What I do hope is, I hope people find peace and solace in the verdict, I really do,” Agnifilo said. “When I say it’s an emotional trial, I mean for everyone. For the lawyers, for the prosecutors, for the people who got through this as witnesses and victims, I think it’s emotional for everybody.”

Bouchey said she feels “enormous relief” at the verdict.

“There’s no words to express the enormous relief,” Bouchey said through tears. “Just to be able to know that I can move on and not have to worry that he’s coming for us.”

Most of the counts that Raniere faced stem from his involvement in a secret group within Nxivm known as “DOS” or “The Vow.”

For two decades, Raniere ran Nxivm from Albany, New York, and offered pricey “self-help” classes to thousands of people across the United States, Canada and Mexico. An actress who testified in court said he was revered by his students, and some saw him as one of the smartest men in the world.

Prosecutors said Raniere initially recruited eight women within Nxivm’s ranks to join the secret sex society. The women Raniere recruited for his “inner circle” saw him as their master, and they eventually came to view themselves as “masters” as they recruited more women to be their “slaves,” a criminal complaint said.

Multiple women testified they were misled about joining the group and were told it was a “women’s empowerment” group. They later found out they would become “slaves” who would be expected to have sex with Raniere, send him nude photos and allow themselves to be branded.

“He thinks DOS is a good idea and is a pro-woman group. He created it to have women have their own society … where men would play no role,” Agnifilo said.

In his closing arguments, Agnifilo cautioned jurors to consider whether any actual crimes had been committed. He argued there was no sex trafficking in DOS because there was no commercial aspect to the sexual activities alleged by the victims.