How restoring the mussel population could make a healthier James River 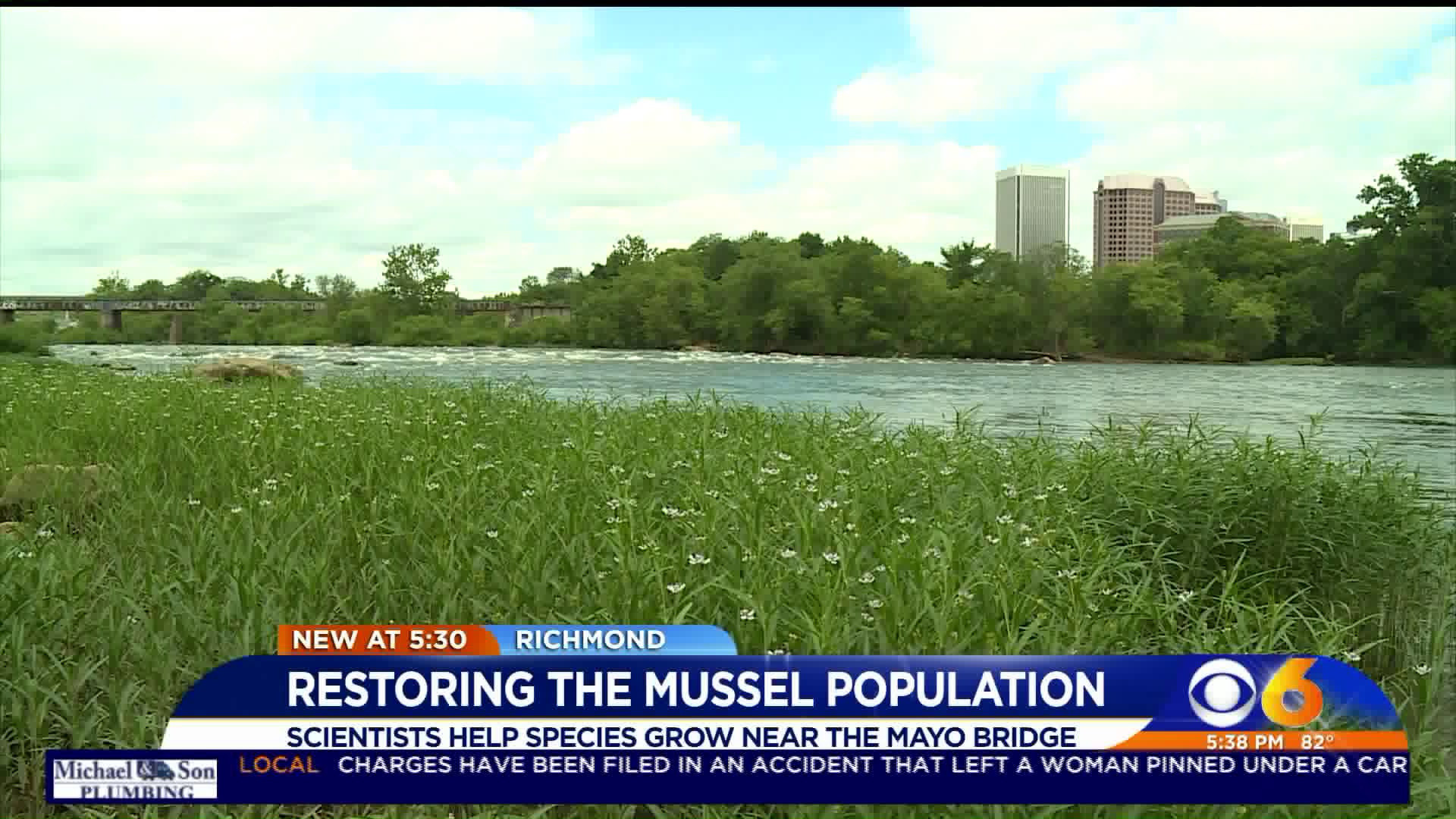 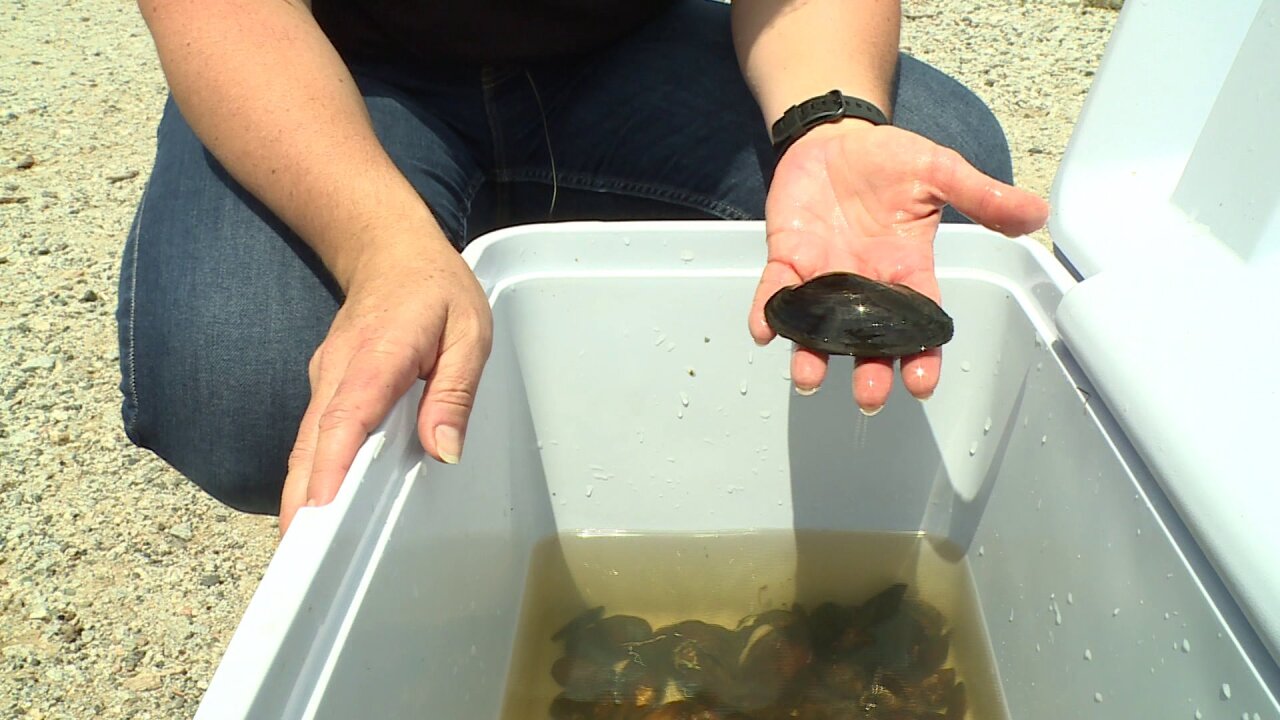 RICHMOND, Va. -- An effort is underway to restore the freshwater mussel population in downtown Richmond.  In early June, a group of scientists from several organizations suited up in scuba gear and planted 3,700 alewife floater mussels in the waters just east of the Mayo Bridge in Richmond.

Freshwater mussels are mollusks and are similar to their marine clam and oyster cousins, according to the Virginia Department of Game and Inland Fisheries. They have two shells connected by a hinge-like ligament.

"Mussels are these incredibly cool creatures that most people in Virginia don't know anything about, with these cool life cycles and Sci-Fi like features," said Joe Wood, a scientist with Chesapeake Bay Foundation.

The mussel population in the James near Richmond has rapidly declined over the years to the point that finding live mussels became rare, scientists said.

"This species, in particular, is unusual in the James, and we have not found live individuals in quite some time," said Michael Bednarski, Chief of Fisheries for VDGIF.  "Our thought process was the habit [near the Mayo Bridge] is very good for this particular species."

"It's a combination of the current velocities, you see the water moving behind me, how quick that's moving, and then the substrate, or the bottom of the river. The gravel and sand composition is just right for these mussel species," Bednarski said.

Mussels have a complex reproductive cycle, and experts said one portion of it includes larvae attaching to freshwater fish. Blueback herring run through the City of Richmond in spring, and scientists hope their plentiful numbers will help the alewife floaters multiply.

"It releases just a cloud of larvae, and the fish swim right through it," said Rachel Mair with the Virginia Fisheries and Aquatic Wildlife Center. "We know the host fish are here."

"The truth is, we don't know. We're very optimistic," said Bednarski when asked about how confident they are in re-establishing a healthy mussel population near Richmond. "This is a big part of our wildlife action plan where we look to keep species of greatest conservation need, such as the alewife floater, from becoming endangered."

A large mussel population could also have positive implications for the ecosystem and water quality in the James River. A single freshwater mussel filters dozens of gallons of water each day, which scientists said helps to improve water quality.

"Having a successful mussel restoration population in the James River would be a lot of water quality filtration for the system, removing populants from the system and adding this natural resource back," Wood said.

"So, if we have 3,700 mussels out there. We're looking at 30,000 gallons of water per day," Bednarski said. "Getting a population re-established I think will have a definite positive impact on the water quality in the James River and ultimately the entire Chesapeake Bay."

The mussel restoration project is nearly a decade in the making.

The original 3,700 were grown in Charles City County at the Virginia Fisheries and Aquatic Wildlife Center. The original mussels planted in early June were laser marked, so scientists on the project can track population growth over the next few years.

VDIF and the U.S. Fish and Wildlife Service are leading the project with support from the Chesapeake Bay Foundation and the James River Association.