Hershey’s is giving its best candy bar a makeover 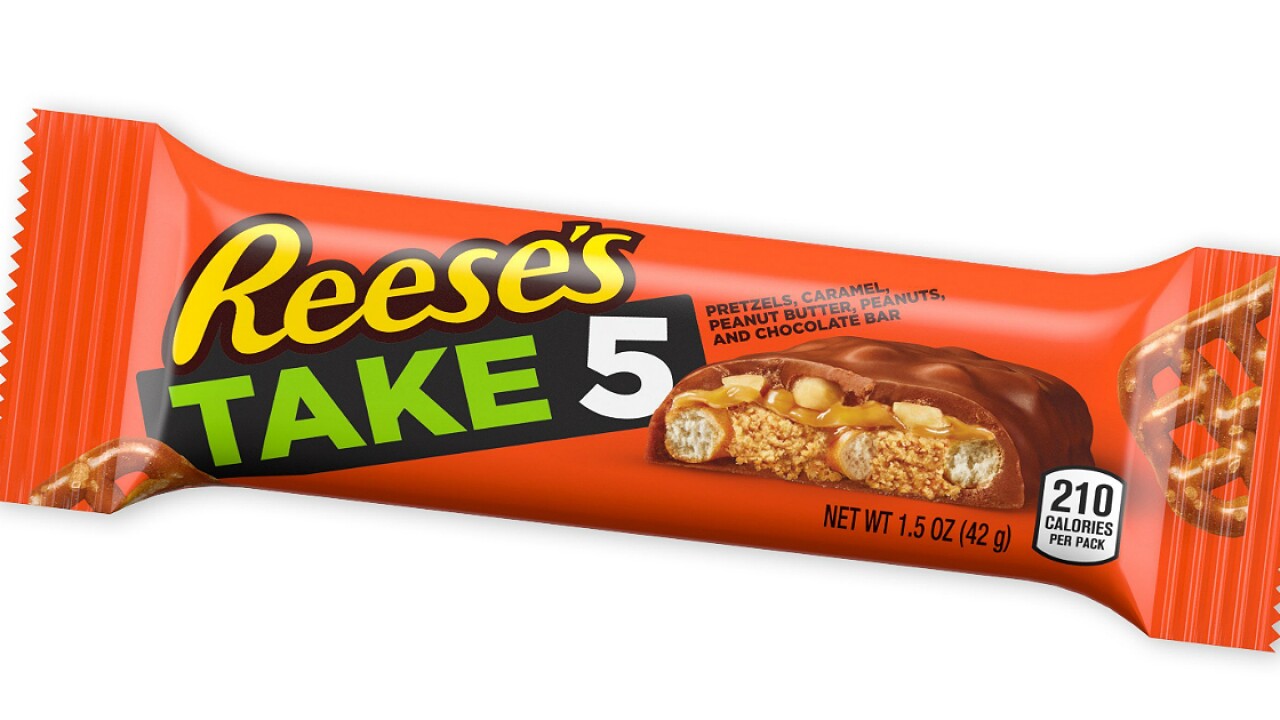 Hershey’s had a problem: It was making a critically acclaimed candy bar that barely no one was buying. Something had to change. It was time to act.

The Take5 bar, made of chocolate, caramel, peanuts, pretzels and peanut butter, is basically a candy-lover’s dream. It just topped the Los Angeles Times’ candy bar power rankings. Yet only 3% of US households purchased a Take5 bar last year.

Hershey decided that the issue was the green and black label. It didn’t stand out, and the brand didn’t resonate with people. Hershey decided to elevate one of Take5’s five flavors: Reese’s peanut butter.

Hershey will add Reese’s to Take5’s name and logo on its wrappers to remind people about its most iconic ingredient.

The candy bar has been sold since 2004. The new wrappers will feature Reese’s eye-catching orange with a new “Reese’s Take5” logo. The ingredients aren’t changing.

Jack Wilder, Reese’s senior brand manager, told CNN Business that the company rebranded the candy bar because Hershey’s wanted to attract new customers beyond its small base. He noted that 62% of US households bought a Reese’s in 2018.

Hershey conducted a test to see if people liked the candy bar more when the Reese’s name was on it. It had fans try a candy bar with the old and new packaging. The company said that fans “nearly always” preferred the bar in the new packaging, even though they were exactly the same.

“With the power of the Reese’s brand and the tastes and textures of Take5, we can wake a sleeping giant whose time has come in the category,” Wilder said.

It’s the second time Hershey’s has relaunched the candy in the past three years.

In 2016, Hershey’s tapped Millennials to redesign the wrapper because they “covet authenticity and co-creation.” They came up with a black-and-green design with the five ingredients displayed. Hershey’s said at the time that the packaging has the “taste-appeal and transparency this group of consumers seeks out in the candy aisle.”

The pivot from Millennials to using the Reese’s name, a 91-year-old brand, comes at a time when sugar is falling out of favor with consumers.

Hershey said last year it was increasing prices and going healthier to drive growth. The company has also introduced new products, like Hershey’s Gold, a “caramelized creme” bar with pretzels and peanuts baked inside, and Reese’s Outrageous, a peanut butter chocolate bar with Reese’s candy inside.

Last month, Hershey’s changed the design of its flagship chocolate bar and added emojis. The redesign is only available in limited qualities in an attempt to create buzz for the 125 year-old chocolate bar.