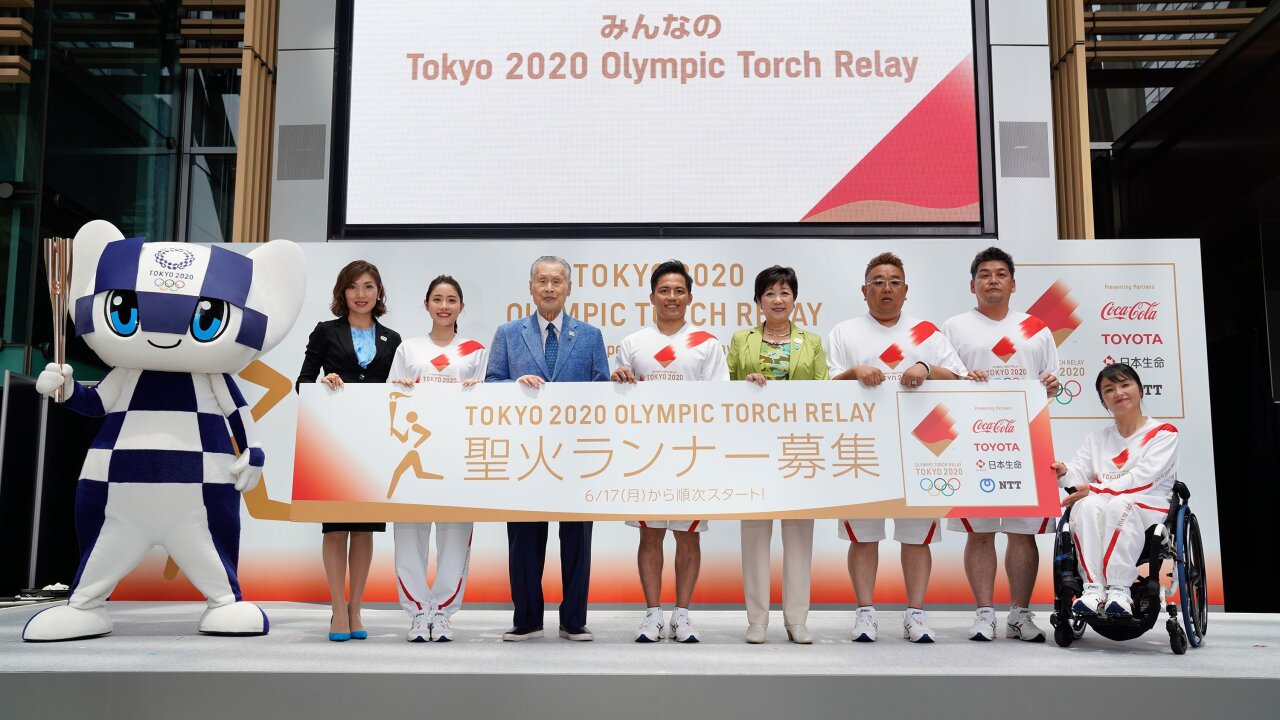 The torchbearer application for the Tokyo 2020 Olympic Torch Relay opened Monday, which is the relay that brings the Olympic flame from Olympia, Greece, to Tokyo, Japan, for the beginning of the Summer Games.

Your dream of being in the Olympics could be much closer than you think.

The torchbearer application for the Tokyo 2020 Olympic Torch Relay opened Monday, which is the relay that brings the Olympic flame from Olympia, Greece, to Tokyo, Japan, for the beginning of the Summer Games.

About 10,000 torchbearers, half of which will be members of the public, will wind their way through all 47 Japanese prefectures to safely deliver the flame to the Olympic cauldron. Each leg of the relay is about 200 meters (656 feet), although one leg could be longer than the other. The route was designed to be easily accessible for almost everyone in Japan, with 98% of the population being within an hour car or train ride away from the route.

The relay will begin on March 26, 2020, at the J-Village National Training Centre in Fukushima Prefecture and will last 121 days.

The application says that all people are eligible to apply, regardless of nationality, age, gender or impairment. Applicants must be born on or before April 1, 2008. Children 17 and younger on March 1, 2020, will need a parent or guardian’s permission to participate.

In relay, ‘Hope Lights Our Way’

The theme for the relay is “Hope Lights Our Way” and is focused around Japanese people supporting, accepting and enhancing each other.

“In 2020, the Olympic flame will not only symbolize the sunrise of a new era spreading the hope that will light our way, but will also serve to spread the joy and passion of the Japanese around the Olympic movement as the Games approach,” the Tokyo Organising Committee said in a statement.

Three categories are outlined in the application to describe the selection approach.

The first is “spirit of reconstruction and perseverance,” which applies to people who have demonstrated the ability to overcome great adversity.

The second category is “tolerance to embrace diversity” for people who have united a diverse group of individuals.

The third category is “unity experienced through the celebration” for people who can bring together a community by acting as torchbearers.

In honor of the 2011 earthquake and tsunami, there will be a special display called “Flame of Recovery” before the official relay begins. It will begin on March 20, 2020, and last for two days each in the Miyagi, Iwate and Fukushima prefectures.

Daisuke Obana, the torch relay uniform designer, commented on the significance of the display.

“In Japan, these Games are being referred to as ‘the Recovery Games’ and so the Olympic flame will start its journey from an area affected by recent natural disasters. I hope that the Olympic flame that is transported to Japan will bring with it the encouragement and thoughts of people from all over the world,” Obana said in a statement.

Application details can be found at tokyo2020.org. Successful applicants will be notified on or after December 2019.