Expensive knives made by local blacksmith stolen from car in Henrico 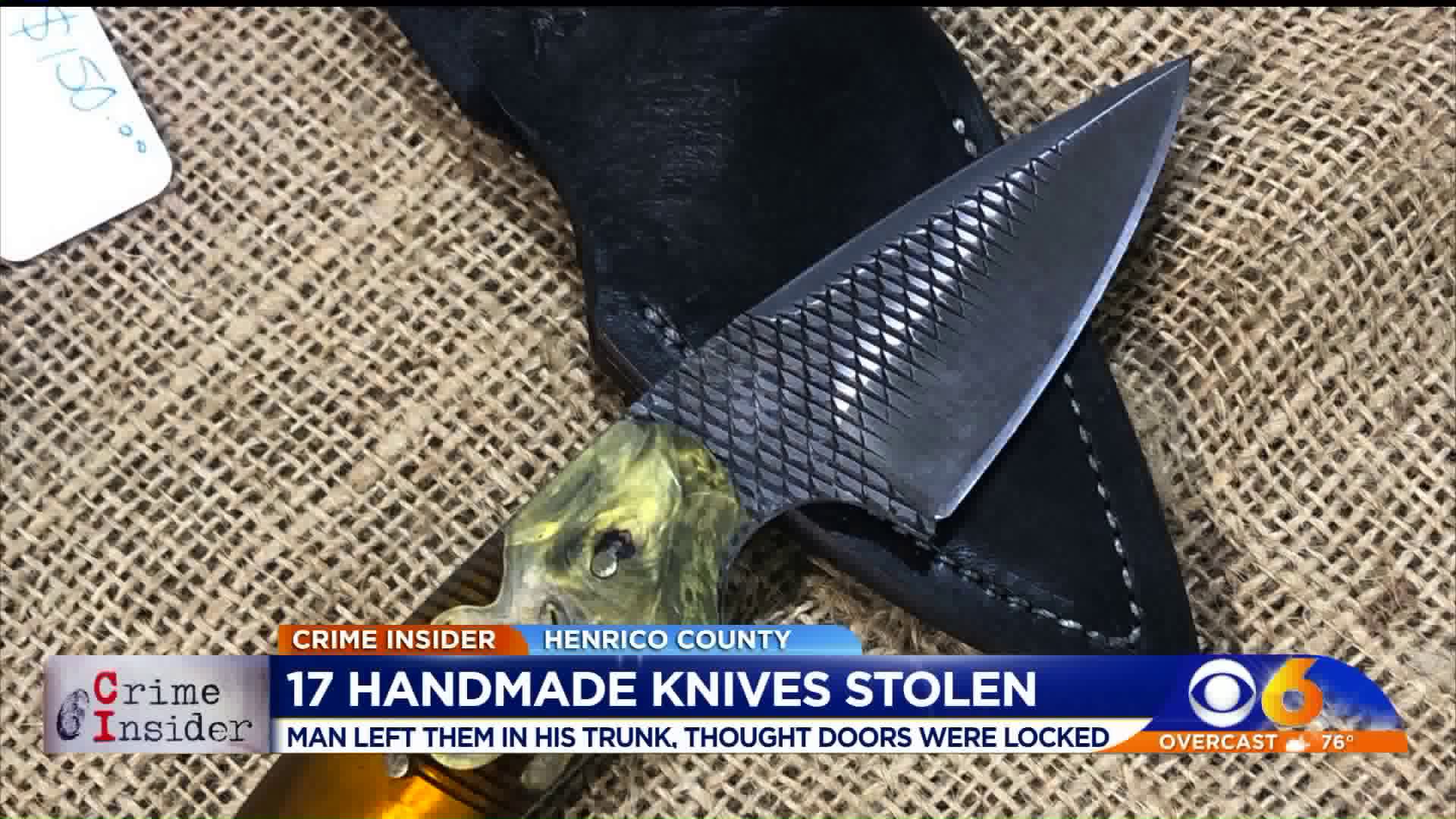 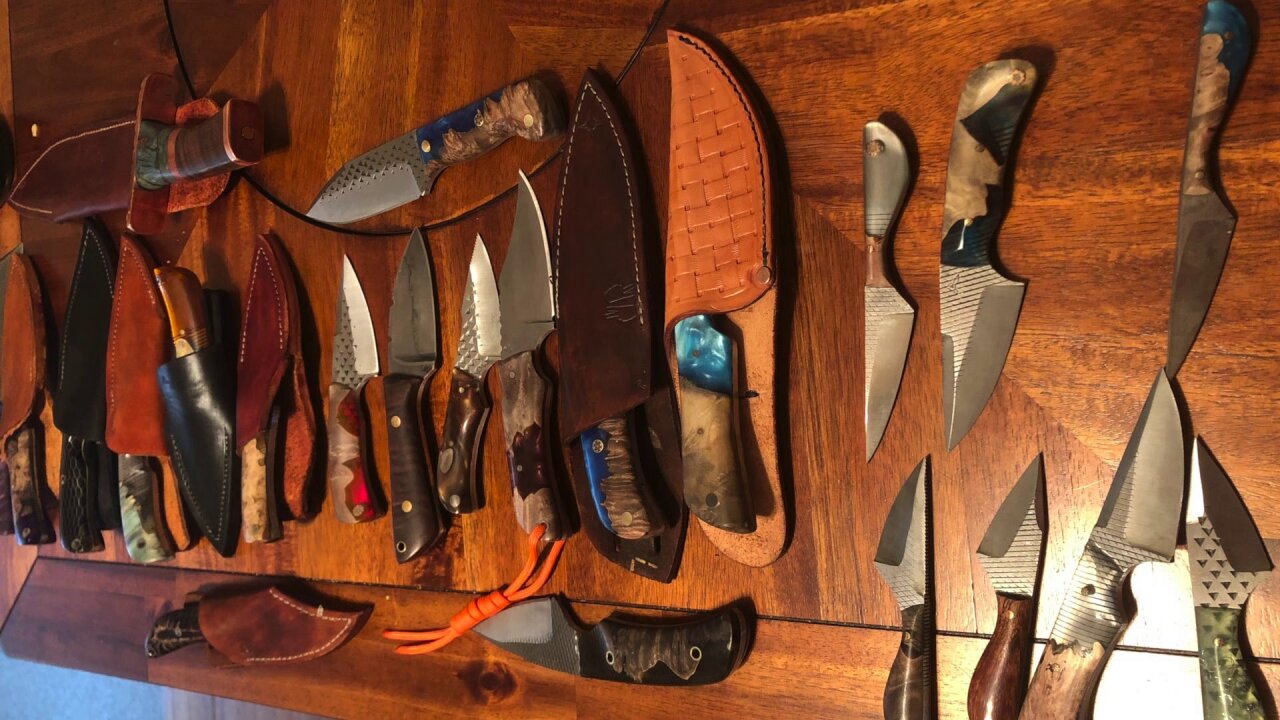 HENRICO COUNTY, Va. -- There used to be a public safety campaign called “lock your junk in your trunk."

A local blacksmith did just that and says it cost him an expensive knife collection after he left his car parked on Brigham Road in Henrico's West End between 6 and 11 pm last Thursday night.

"I had just gotten an Uber for the baseball game, so I don't know if they saw me leaving, or if it was at random,” said Travis Leblanc.  While he was away, thieves hit a home run, by stealing every hand- made knife he had hidden in a Dewalt bag in the trunk of this car.

"I cast the handles, stabilize the wood,” Leblanc said. “It’s a whole, long process. When someone asks me how long it takes to make, I give them the conservative estimate of 10 hours."

Leblanc says he has a faulty key fob, so he may think he locked the car, but in fact it is sometimes left open.

At a cost of $200 per knife, Leblanc says thieves have cut off a significant piece of his livelihood. He's asking others out there, especially if they frequent pawn shops, to look for his blades.

"I make them primarily out of recycled farriers’ rasps, so they have a unique pattern and design throughout," Leblanc said.