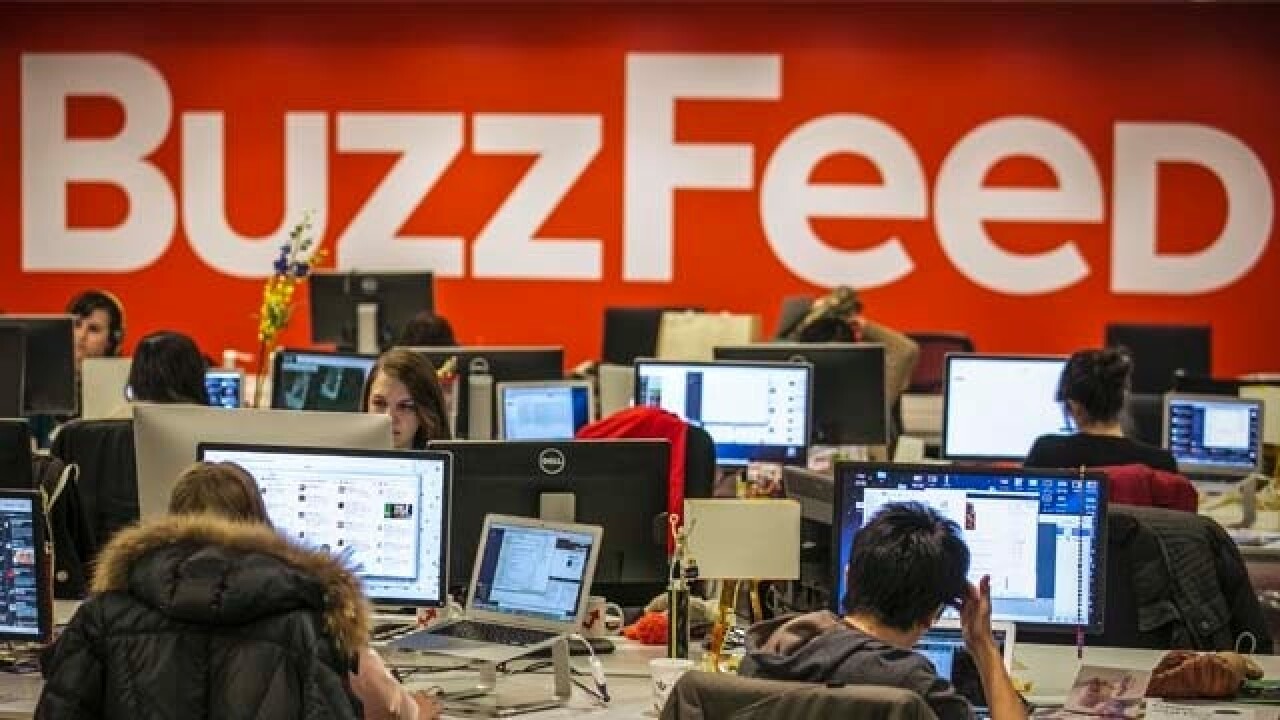 BuzzFeed News employees on Monday afternoon staged a walkout in an attempt to pressure the company to recognize their union.

Approximately 115 to 125 employees were expected to participate in the demonstration, a representative for the NewsGuild of New York, which represents the staffers, told CNN Business.

The walkout took place at all four of BuzzFeed News’ US bureaus in New York, Los Angeles, San Francisco, and Washington, DC, the NewsGuild of New York said in its press release.

“Our members have grown tired of management stalling, and demand they return to the table in good faith,” Grant Glickson, president of the NewsGuild of New York, said in the press release. “The BuzzFeed newsroom has the full support of the entire NewsGuild membership, and we are with them every step of the way.”

BuzzFeed News staffers have been attempting for four months to get management to recognize their union. The effort ramped up after a round of layoffs in January highlighted the instability at BuzzFeed and other digital news shops like it.

In tweets posted Monday, the BuzzFeed News Union account said BuzzFeed has “refused to work toward compromises on key issues” and “taken positions that would severely undercut our union’s ability to protect workers.” The account added that BuzzFeed had “offered us an unacceptable take-it-or-leave-it deal and walked away from the negotiating table.”

Jonah Peretti, the founder and chief executive of BuzzFeed, said in an email to employees on Monday afternoon that the company “made an offer two weeks ago to voluntarily recognize NewsGuild as the representative of a BuzzFeed News union.”

Peretti described the proposal as “the product of more than three months of discussions and negotiations with the NewsGuild” and “both responsive to our employees’ requests, and mindful of the way the company operates.”

“Since we made our offer on June 4, news staff have refused to accept it, and instead are seeking to impose additional demands that threaten our progress around voluntary recognition,” Peretti wrote.

The first issue, according to Peretti, is a request from the union to “remove from the recognition agreement the list of job titles that will be excluded from the union.” Peretti said the list was “important because the company needs a reliable and consistent means of identifying those employees and new hires who are included and excluded from the bargaining unit.”

The second issue, according to Peretti, involves BuzzFeed’s ability to offer certain employees individual contracts. Peretti said the union has no objection to BuzzFeed providing contracts to certain employees that are “more generous than the terms of a future collective bargaining agreement.” But he said the union objects to the company’s ability to provide such contracts while in negotiation for a collective bargaining agreement.

A representative for the NewsGuild of New York did not immediately have a response to Peretti’s email.

The BuzzFeed News walkout comes just weeks after hundreds of Vox Media employees staged a walkout in an effort to compel management to come to an agreement for a union contract. Vox Media and its employees eventually reached a deal shortly after.