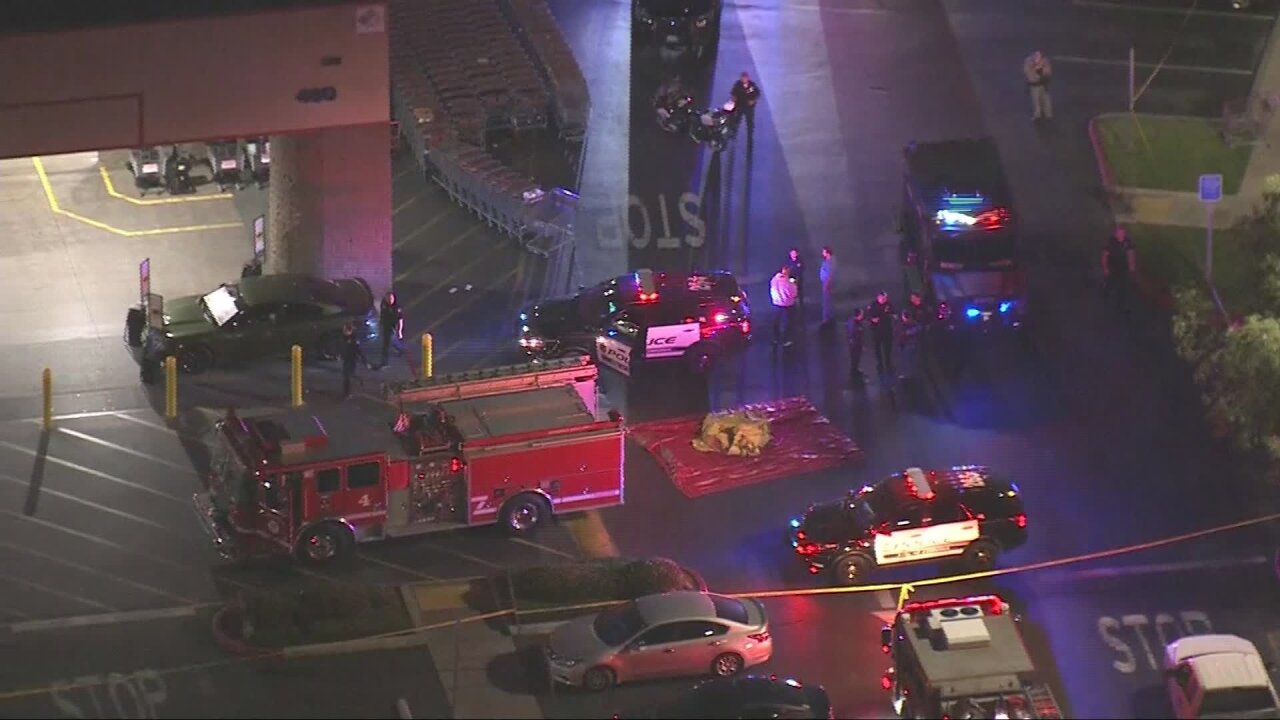 **Embargo: Los Angeles, CA** A man is in custody after opening fire inside of a Costco store in Corona, California Friday evening.

CORONA, Calif. -- A shooting inside a Costco store Friday evening left one person dead and two others injured in Southern California, police said

A man is in custody after firing inside the store, Lt. Jeff Edwards of Corona police said. His name wasn't immediately released.

The shooting stemmed from an argument inside the store, but the relationship among the victims and the alleged gunman is unclear, Edwards said.

The incident is not believed to be a domestic dispute, he said. Police weren't looking for anyone else in connection with the crime, they tweeted.

Officers found four people "down" inside the Costco store: the suspect, the decedent and two injured victims, Edwards said. The slain person was not immediately named.

Among the injured was an off-duty officer from another department, Corona police said in a news release.

The alleged gunman and the victims were taken to hospitals, Edwards said. The extent of injuries is not clear.

Some people were also injured trying to flee the store, Edwards said.

Naveed Navi and Rochelle Flores were shopping for items for a barbecue when gunshots rang out, they told CNN affiliate KTLA.

They heard four shots and tried to escape through emergency doors, but they wouldn't open, the pair told the station.

"It's not very fun when you're scared and you're running for your life and you're trying to open a door that says 'emergency' and they don't open," Flores told the station. "Everybody was freaking out. People were falling over each other."

She described chaos and confusion as shoppers tried to flee through the front entrance. CNN could not immediately reach Costco officials.