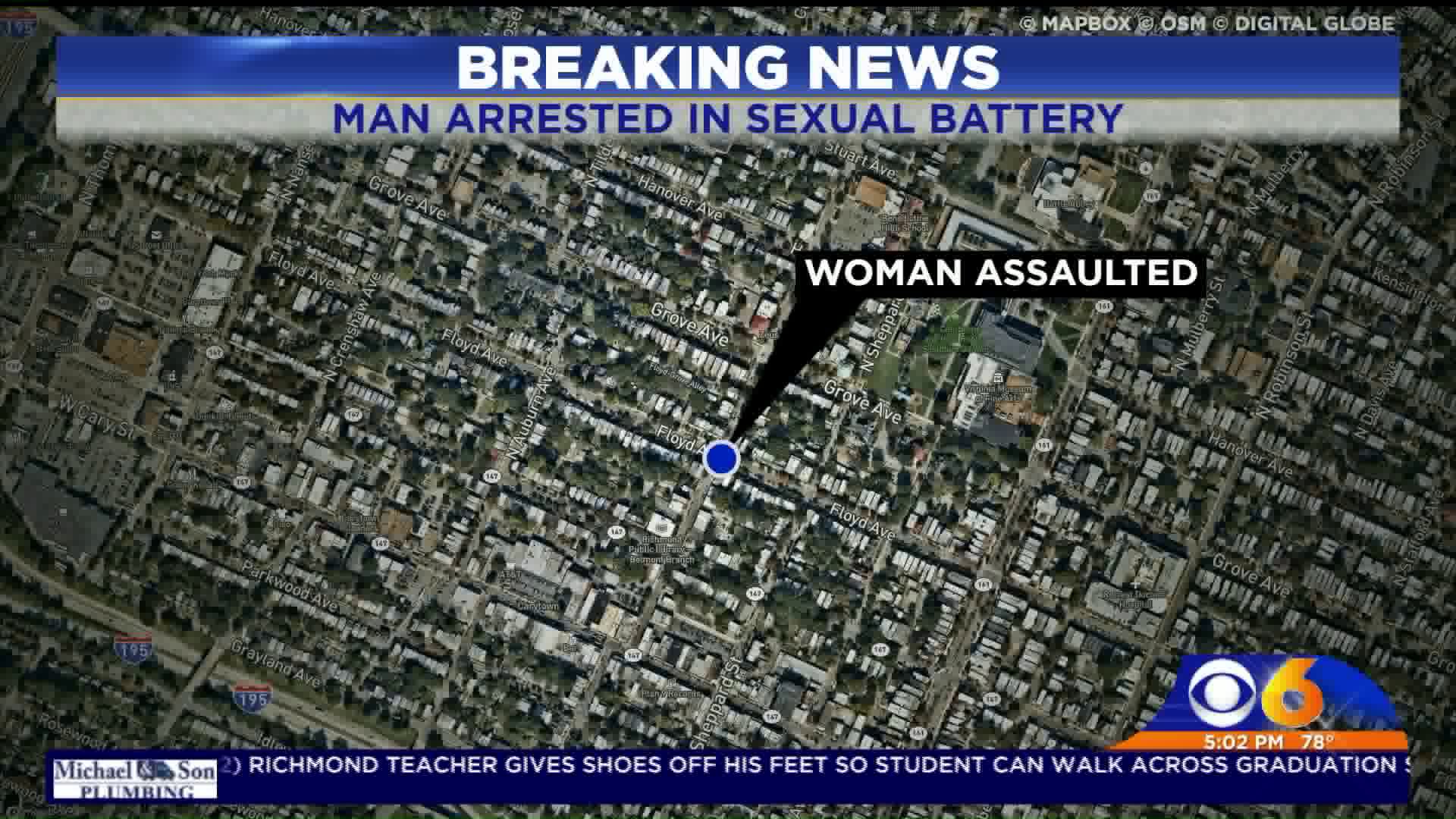 RICHMOND, Va. -- Richmond Police have arrested a man in connection to a sexual battery in the Museum District earlier this week.

Around 1 p.m. on Tuesday, June 11, officers responded to the 100 block of N. Belmont Avenue for the report of an assault.

Detectives determined David A. Torres, 29, of Texas, inappropriately touched the woman and then fled on foot.  He was located shortly after and charged with sexual battery.

Investigators believe the suspect was traveling through the city of Richmond when the incident occurred and has no permanent local address.  Detectives are still working to determine if he is connected to previous sexual battery cases in the Fan and Museum Districts.

Anyone with additional information is asked to call Detective A. Davila at 804-646-6739 or contact Crime Stoppers at 804-780-1000 or at www.7801000.com. The P3 Tips Crime Stoppers app for smartphones may also be used. All Crime Stoppers methods are anonymous.