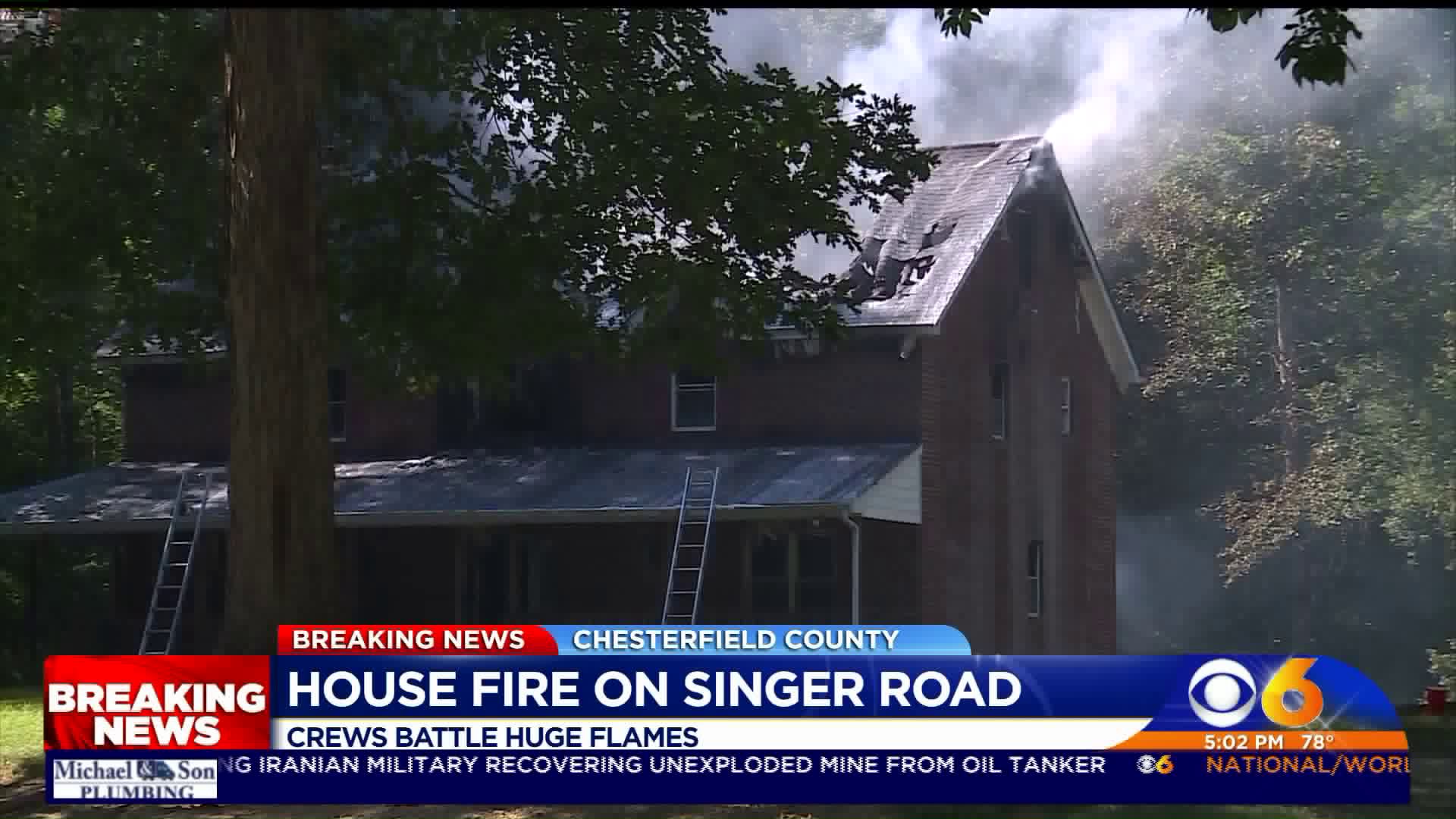 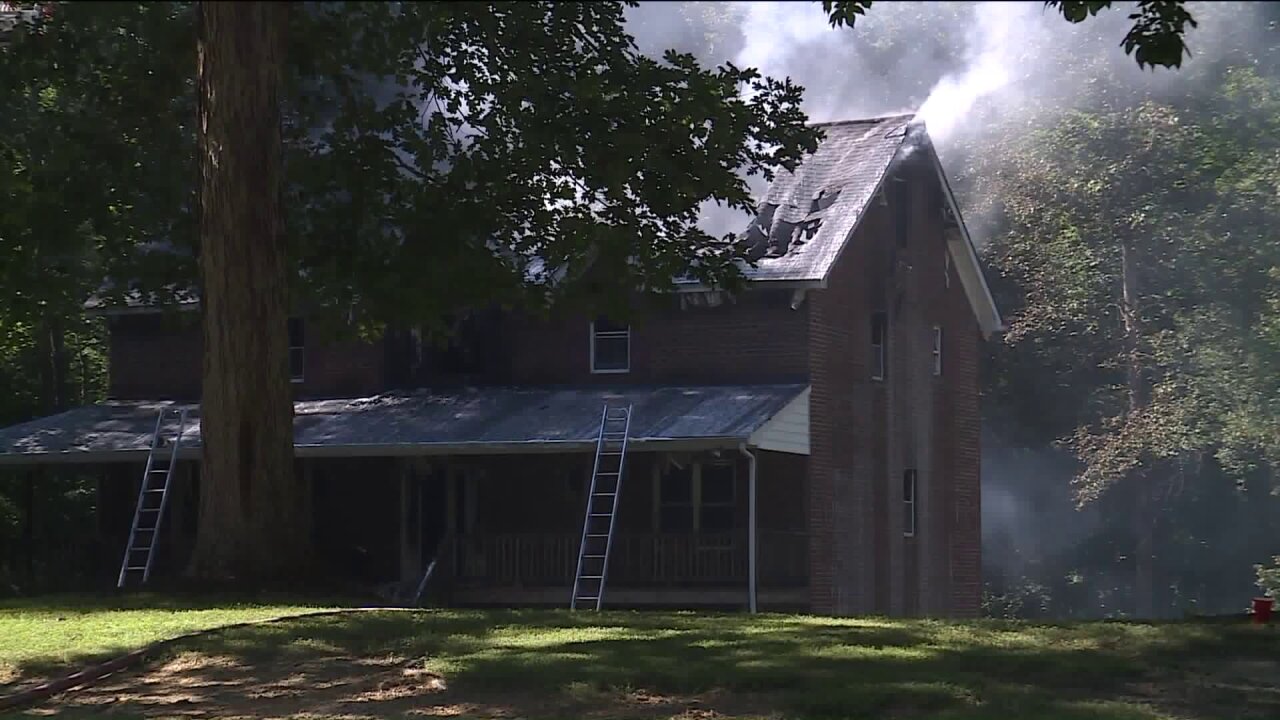 “When we arrived on the scene, we had heavy fire conditions,” said Lt. Jason Elmore with Chesterfield Fire and EMS. “The fire was already coming through the roof. Firefighters had to fight the fire from the exterior of the house.

No one was inside the home and there have been no reported injuries at this time.

Elmore says it is taking crews "quite a while" to get the blaze under control.

"We've got lots of hotspots in there. Parts of the stairwells inside are already burned out due to the heavy heat conditions, so our folks are having some trouble having access issues," Elmore added.

There is no word on yet on what sparked the fire.