He has mowed lawns for free in all 50 states five times. This time it was for veterans. 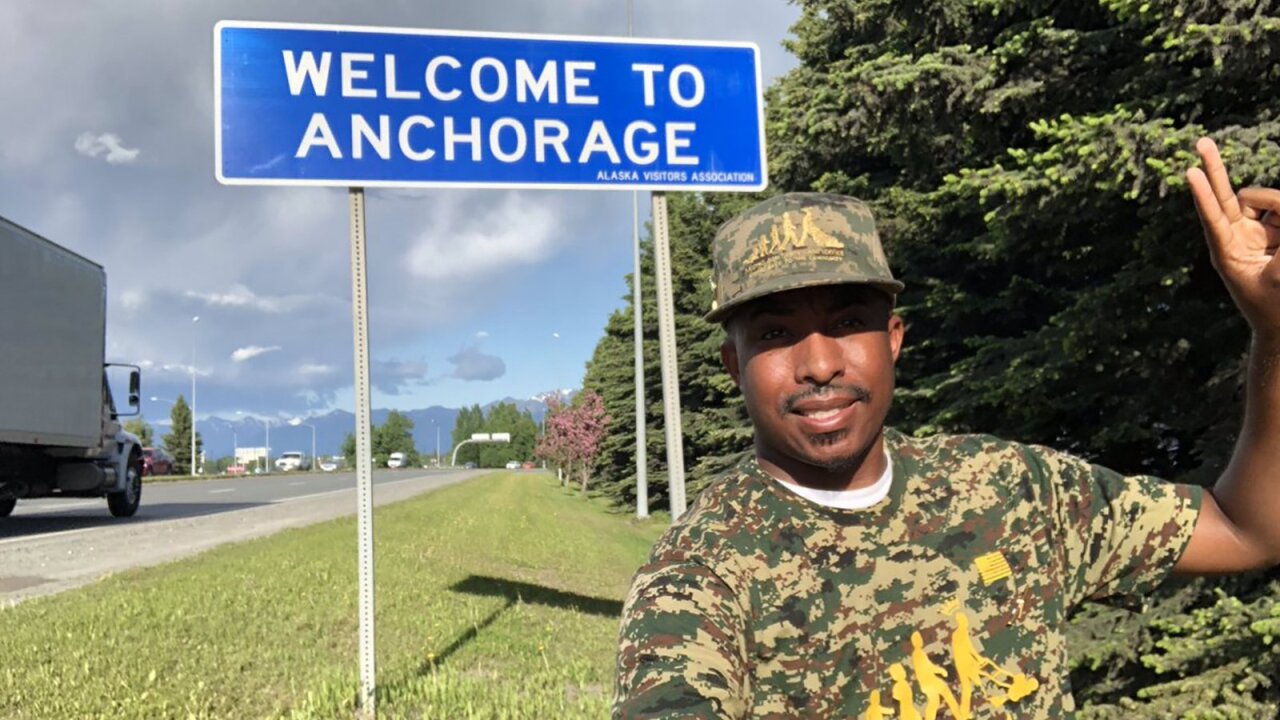 Have you been to all 50 states before? What about five times?

Smith, 29, spoke to CNN while completing his third tour last summer with his friend, Yuri WIlliams, who dresses up as Spiderman visiting children’s hospitals and mowing lawns.

“This is what I believe my purpose is in life,” he said.

Smith, a Bermuda native who now lives in Huntsville, Alabama, started Raising Men Lawn Care Service, a foundation that provides free lawn care to those who need help and seeks to inspire young men and women to make a difference.

Smith said the foundation runs one hundred percent by word of mouth on social media. He announces where he is going to be by taking a selfie with a state sign.

After that, requests and nominations flood in. He said people sponsor his hotel rooms and donate money to the organization to make his travel possible.

Hello TN, Just passing thru. Headed home to Huntsville,AL then flying out to Alaska & Hawaii to finish off our 50 state mowing tour for our veterans, thanking them for their service . Beautiful State, hope to be back soon to mow here again in TN pic.twitter.com/zGh06AJOLw

“Without social media this wouldn’t be possible,” Smith said.

This current tour started May 5. It was supposed to be a seven-continent tour, but Smith said he got a different idea to help veterans instead.

“We need to help our veterans… we need to do more. They have sacrificed their lives so the least we can do is help them when they need it.”

This happened on Day 1 of the tour . My GoPro caught this moment .aa pic.twitter.com/HCnuEzCalo

Smith said some of his favorite conversations have been with World War II veterans Smith said it’s amazing to hear what they went through.

Before his last leg to Alaska and Hawaii, Smith tweeted to Delta Airlines that he had two states left on his tour and they reached out to sponsor his whole trip.

“They put me in first class and everything to get me here and back home,” he said.

This is your captain speaking. Off to my last two states. First up state 49, Anchorage, Alaska. It's a 7 hr direct flight. I decided to fly myself . Can't wait to mow for our veterans there. Thank you Delta for the keys to the plane ! pic.twitter.com/kpB9bkwiLI

Smith’s passion also extends to children through a program he calls the 50-lawn challenge.

Kids accept the challenge to mow 50 lawns in their neighborhood. In return Smith’s foundation send them a T-shirt, shades and ear protection for the job. They can work their way up to receiving a mower and weed trimmer for free.

“[The work] is never done. When God gives you an idea you just do it,” Smith said.

Smith said he’ll do the seven-continent tour in the future.

When asked how lawns could be mowed in Antarctica, Smith said, “We also snow shovel!”