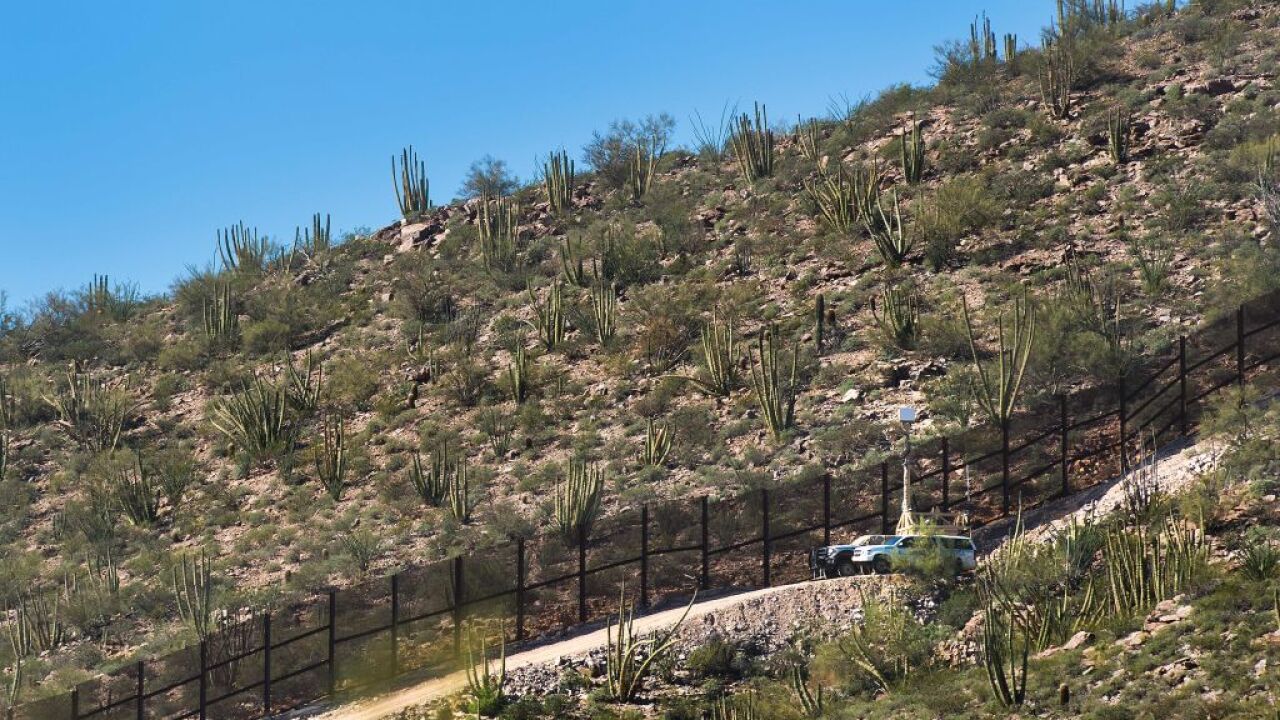 US Border Patrol sit in trucks with cameras on the US/Mexico border near Lukeville, Arizona, on February 16, 2017. Attention Editors: This image is part of an ongoing AFP photo project documenting the life on the two sides of the US/Mexico border simultaneously by two photographers traveling for ten days from California to Texas on the US side and from Baja California to Tamaulipas on the Mexican side between February 13 and 22, 2017. You can find all the images with the keyword : BORDERPROJECT2017 on our wire and on http://www.afpforum.com / AFP / JIM WATSON (Photo credit should read JIM WATSON/AFP/Getty Images)

LUKEVILLE, Ariz. — The body of a 7-year-old girl believed to be from India was found in a remote desert area in Arizona this week, according to US Customs and Border Protection.

Authorities said the unidentified girl was trying to cross into the United States with a group of people from her country. Her body was discovered 17 miles west of Lukeville, just over the US-Mexico border.

The group was trying to get into the US after human smugglers dropped them off near the Mexico border, the agency said in a statement Thursday. Temperatures in the rugged wilderness where agents found her remains Wednesday hovered around 108 degrees.

Border Patrol agents got the information on her movements from two women from India who told officials they’d been separated from a woman and two children traveling in their group hours earlier.

“Agents took the two women into custody and began searching the area north of the international border in remote terrain seven miles west of Quitobaquito Springs,” the agency said in a statement. “Within hours, they discovered the little girl’s remains.”

Agents used helicopters to search for the people she’d been traveling with, and found footprints indicating they returned to Mexico.

“Our sympathies are with this little girl and her family,” Tucson Chief Patrol Agent Roy Villareal said. “This is a senseless death driven by cartels who are profiting from putting lives at risk.”

Customs and Border Protection agents along with Mexican authorities are searching both sides of the border for anyone associated with the group.

The numbers of Indians crossing US borders has steadily risen in recent years. Last year, more than 9,000 people from India were detained at US borders nationwide — a big increase from the prior year, when that number was about 3,100.