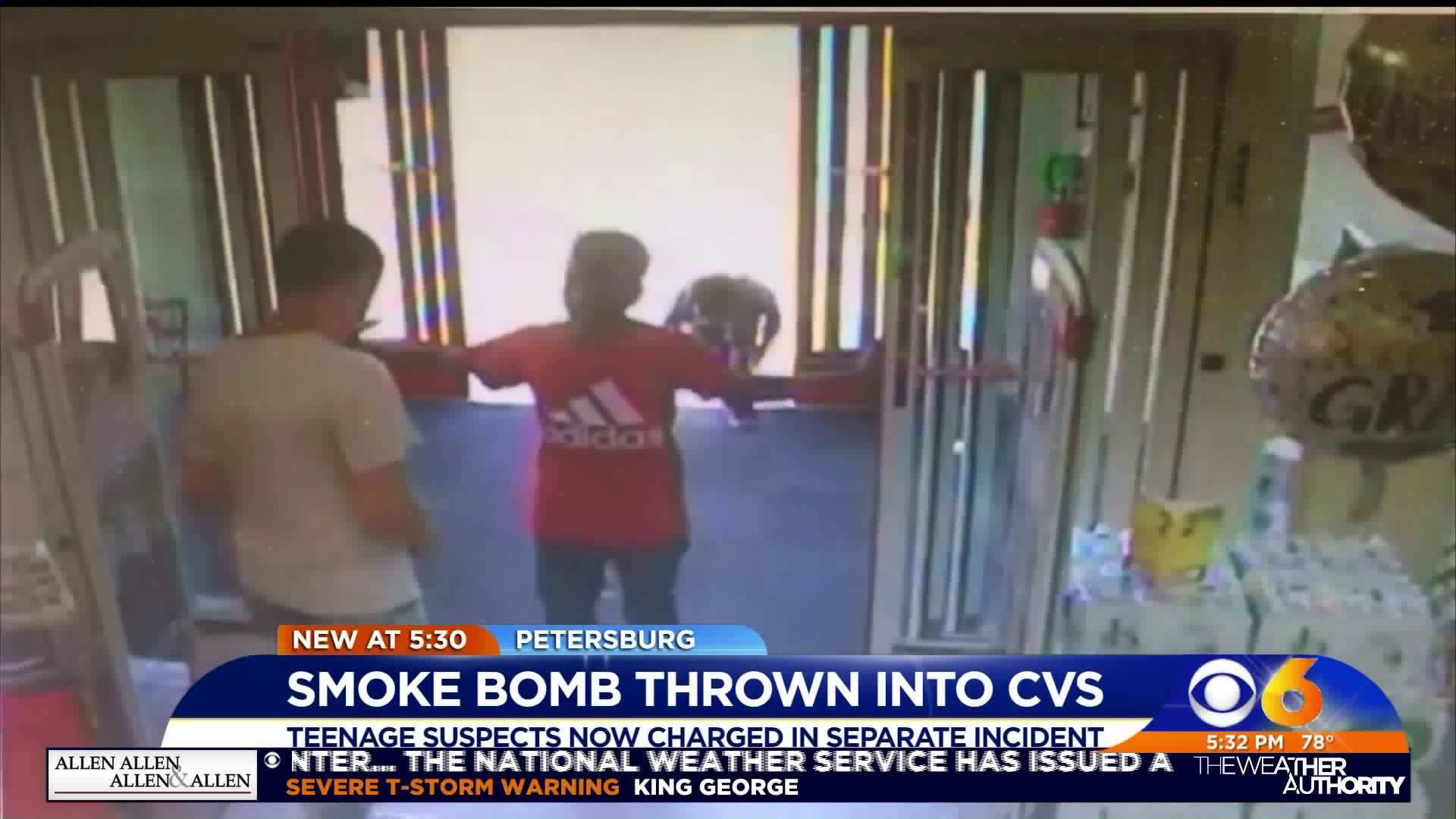 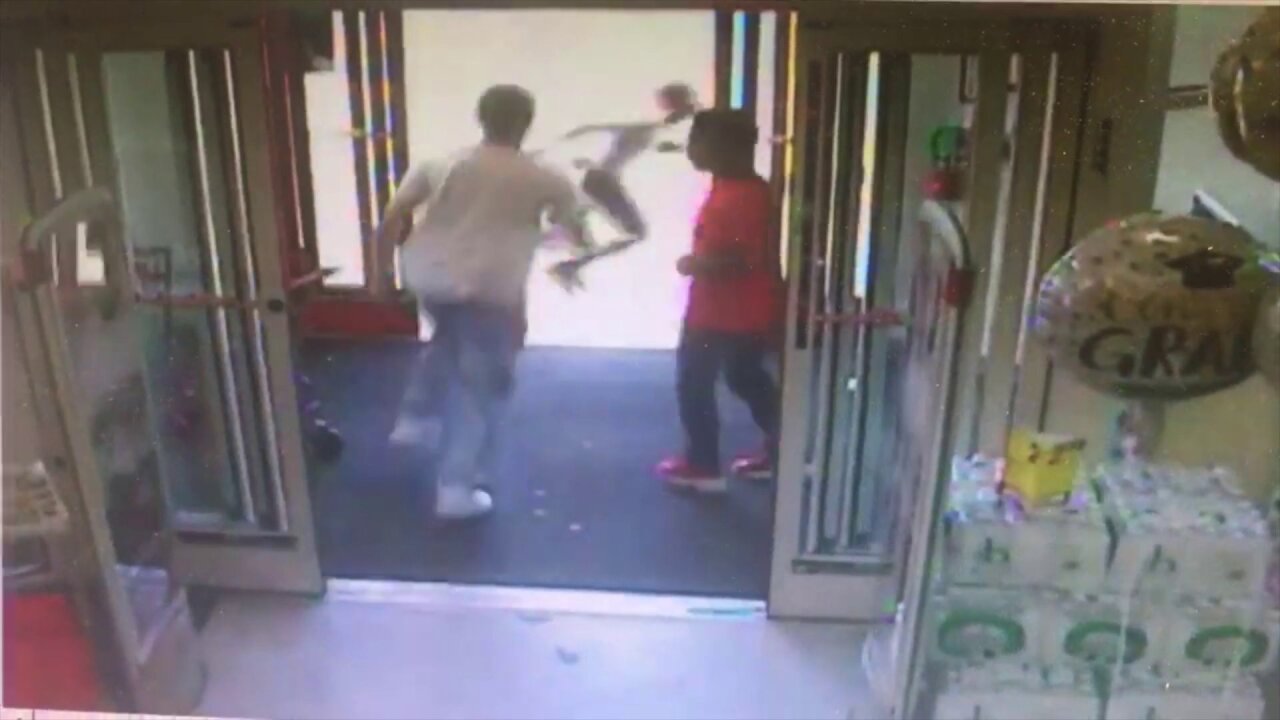 On June 2nd, surveillance camera video shows three teens at the entrance to the CVS on Crater Road in Petersburg.

The item thrown into the store appears to have been a smoke bomb. Jones says they are still investigating where it came from, adding that the teens told him they bought it at a local store.

When it hit the floor, it left a scorch mark where it ignited.

"It put off a lot of smoke inside CVS and it smelled like an electrical fire, so that's why the staff thought it was something electrical burning," said Jones.

All three teens are facing a class 2 misdemeanor.

"The kids were seen pointing and brandishing firearms, BB guns at each other and other cars," said Jones.

It was the drivers of the cars who called the police.

"I just spoke to them yesterday, you know and it's a bad thing, a sad thing because you want to help them. But at some point in time, that help is going to run out if they don't get a hold of themselves," Jones added.