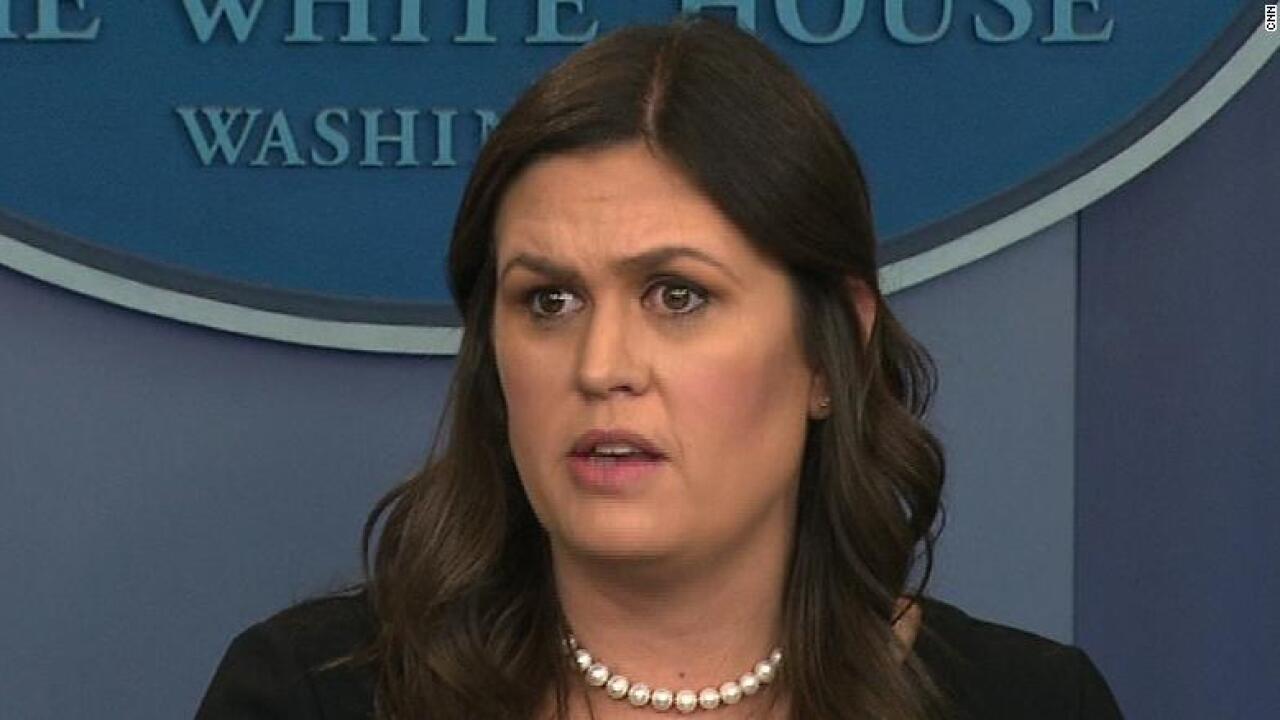 White House press secretary Sarah Sanders will leave her position at the end of the month, capping a tumultuous tenure as the President’s chief spokeswoman in which she largely redefined the position.

President Donald Trump announced on Twitter that Sanders will return to her home state of Arkansas and floated the possibility of a gubernatorial run for the White House press secretary.

Speaking at an event shortly after the announcement, Sanders called her role “the honor of a lifetime” and an experience she “will treasure forever.”

“I couldn’t be prouder to have the opportunity to serve my country and particularly to work for this President,” Sanders said after Trump asked her to join him at the lectern. “I’ve loved every minute — even the hard minutes.”

Trump praised Sanders as a “warrior” and “special person” during the afternoon event and reiterated his suggestion that she run for governor of Arkansas.

In private conversations in recent weeks, Sanders has floated running for Arkansas governor, according to two people familiar with the talks. Arkansas Gov. Asa Hutchinson was re-elected just last year, so unless he steps down early — or is appointed to something — the governor’s office in Little Rock isn’t open until January 2023.

She has told colleagues and friends that she thinks running for office would be a good next move for her, instead of taking a television job upon her departure.

Sanders’ tenure also marked a dramatic slide away from the traditional public-facing role of the White House press secretary.

Her resignation came on the 94th consecutive day without a White House briefing, the longest stretch of time without a briefing since briefings became a daily, televised occurrence more than two decades ago. In the past 300 days, only eight briefings were held, according to CNN’s tally.

But while Sanders stepped away from the White House briefing room podium, she remained a reliable public face of the administration on television networks, defending the President through the controversies that frequently engulfed his administration and amidst the investigation by special counsel Robert Mueller.

In that role, Sanders stood by Trump on nearly every front, from Trump’s attacks on the press and his hush money payments to women who alleged affairs with him to the administration’s zero-tolerance family separation at the border and his controversial comments about the white supremacist rally in Charlottesville. Trump has denied the affairs.

Sanders public-facing role and her close relationship with Trump also led her behind closed doors, where she sat for an interview with Mueller’s investigators.

In that interview, Sanders admitted that she provided reporters with baseless information about the firing of FBI Director James Comey, according to the Mueller report, conceding that she had no basis for claiming that “countless members of the FBI” had lost faith in Comey.

“She also recalled that her statement in a separate press interview that rank-and-file FBI agents had lost confidence in Comey was a comment she made ‘in the heat of the moment’ that was not founded on anything,” the Mueller report stated.

Trump and Sanders developed a close relationship after one of his closest confidants, then-White House communications director Hope Hicks, left the West Wing last February. The President, who was the one that recommended Sanders stop the daily press briefings, regularly praised her in private, bragging to others about how she defended him in television appearances and scuffled with the press.

Her colleagues often compared their relationship to Trump’s bond with Hicks, noting that while Sanders wasn’t considered a family member like Hicks was, she was the next closest thing.