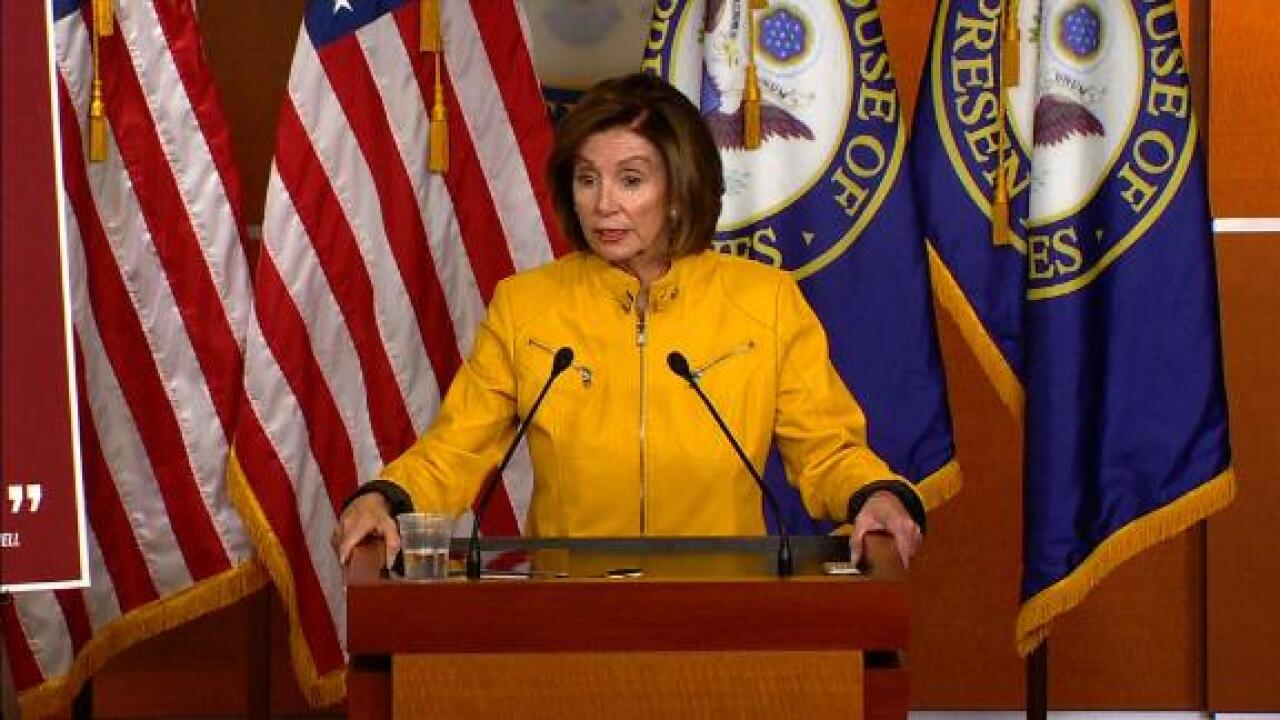 House Speaker Nancy Pelosi said Thursday that President Donald Trump’s openness to a foreign government offering damaging information about a political rival is “a very sad thing” and “appalling,” pointing to legislation from Democrats calling on campaigns to report foreign offers of assistance.

She repeated her belief that Trump has participated in “a criminal cover up,” and she mentioned legislation that will mandate campaigns to report foreign offers of assistance.

“It’s so self-evident as a matter of ethics but we’ll have to codify it,” she said.

Trump said in comments released Wednesday evening he would listen if a foreign government approached him with damaging information about a political rival — and wouldn’t necessarily report the contact to the FBI.

“I think you might want to listen,” Trump said in an interview with ABC News that aired Wednesday. “There isn’t anything wrong with listening.”

Pelosi said Trump’s comments to ABC were “appalling” but suggested it would not trigger any sudden impeachment push.

Pelosi was asked three questions in a row about whether this changes her thinking on impeachment, but she continued to argue Democrats are going to continue with their investigations — and will consider his comments in that effort.

“What we want to do is have a methodical approach to the path that we are on, and this will be included in that — but not any one issue is going to trigger, oh now we’ll go do this,” she said.