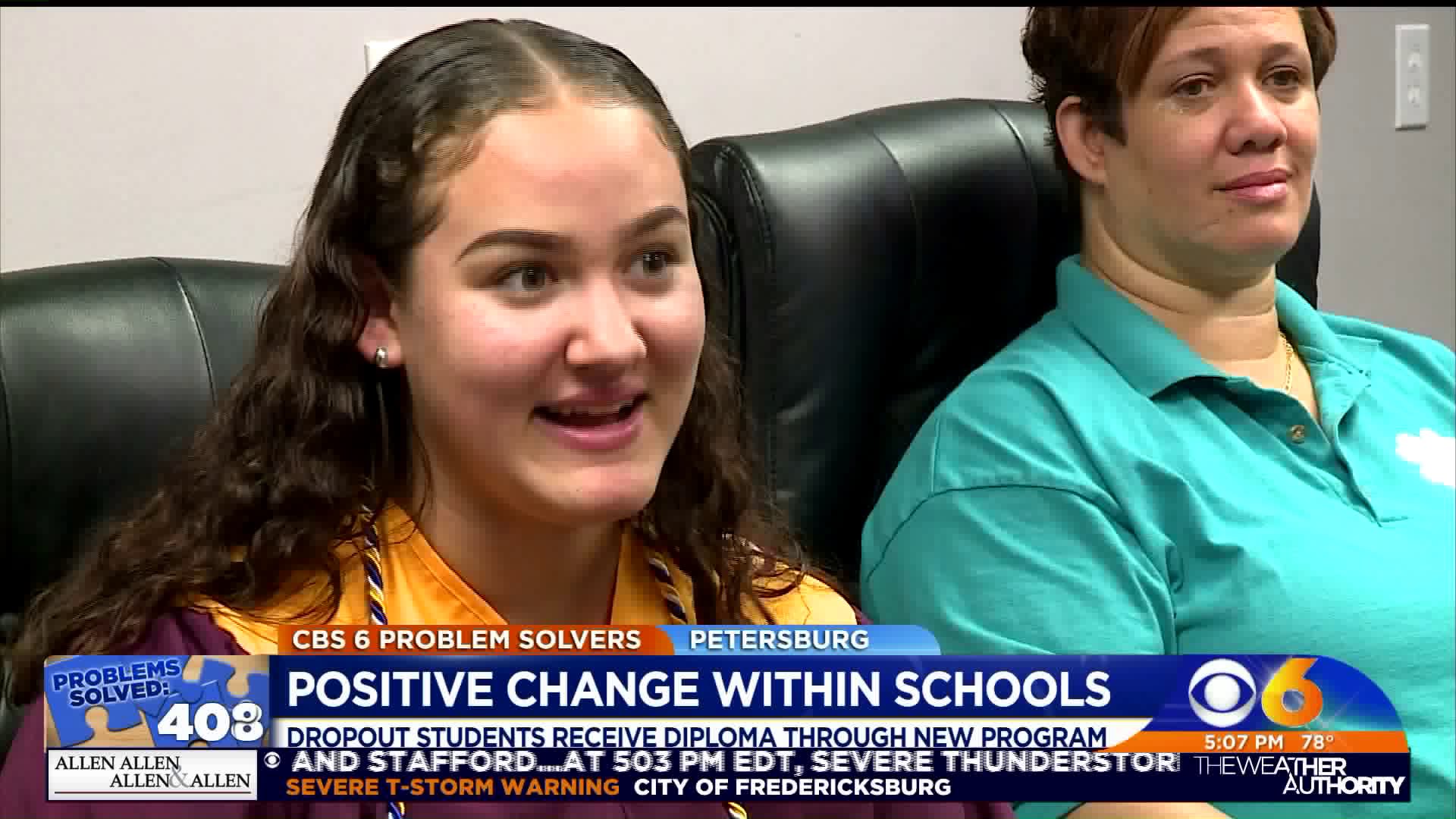 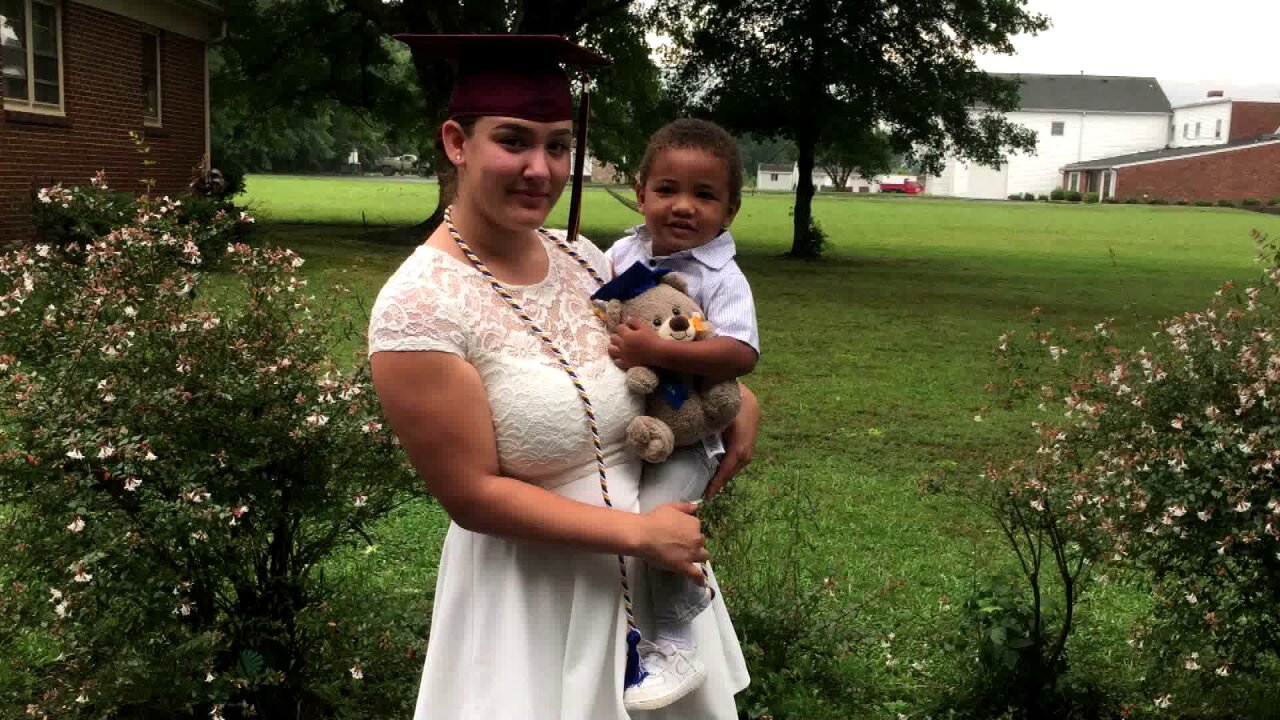 PETERSBURG, Va. -- Several Petersburg students now have their diplomas after dropping out of high school and they used their cell phones to do it.

Desirea Lester has been walking on cloud nine since crossing the stage, graduating with Petersburg High School’s class of 2019.

It’s an accomplishment that seemed nearly impossible eight months ago.

The 18-year-old single mom dropped out of school as school was too much to balance while caring for her two-year-old son.

“I gave up. I did give up,” Lester admitted.

But she didn’t stay down for long. She found out about Challenge U, an organization that brought a pilot dropout recovery program to Petersburg to help students earn their diplomas.

“We provide a cell phone. It’s free for students. It’s free for the district as well,” said Nicolas Arsenault. “It’s a new way. It’s not asking them to go back in a place they don’t feel welcome. You can finish your diploma from your phone and then we will help you to move on to the next step.”

“Petersburg is the first school system and community in the United States to actually have students graduate from Challenge U,” said Superintendent Dr. Marcus Newsome.

“Many of the students are going on to college and they have great pride in overcoming challenges and the graduation was just a celebration for everyone in this community.”

Thankful to be supported by Challenge U education coaches and social workers, Desirea quickly realized success was the only option.

“Sometimes I would slack, and they wouldn’t let me do that. I appreciate all of my teachers for helping me,” she said.

Graduating on time with her Petersburg High classmates, including four others who completed Challenge U, was the icing on the cake.

She hopes her story will prompt others who dropped out to give themselves a second chance.

“Don’t give up,” said Lester. “You can still do it regardless of what’s going on at home or in my circumstance, being a single mother… push through. You can still do this.”

The single mom says she wants to be an example to her son Kayden and plans to pursue a nursing career.