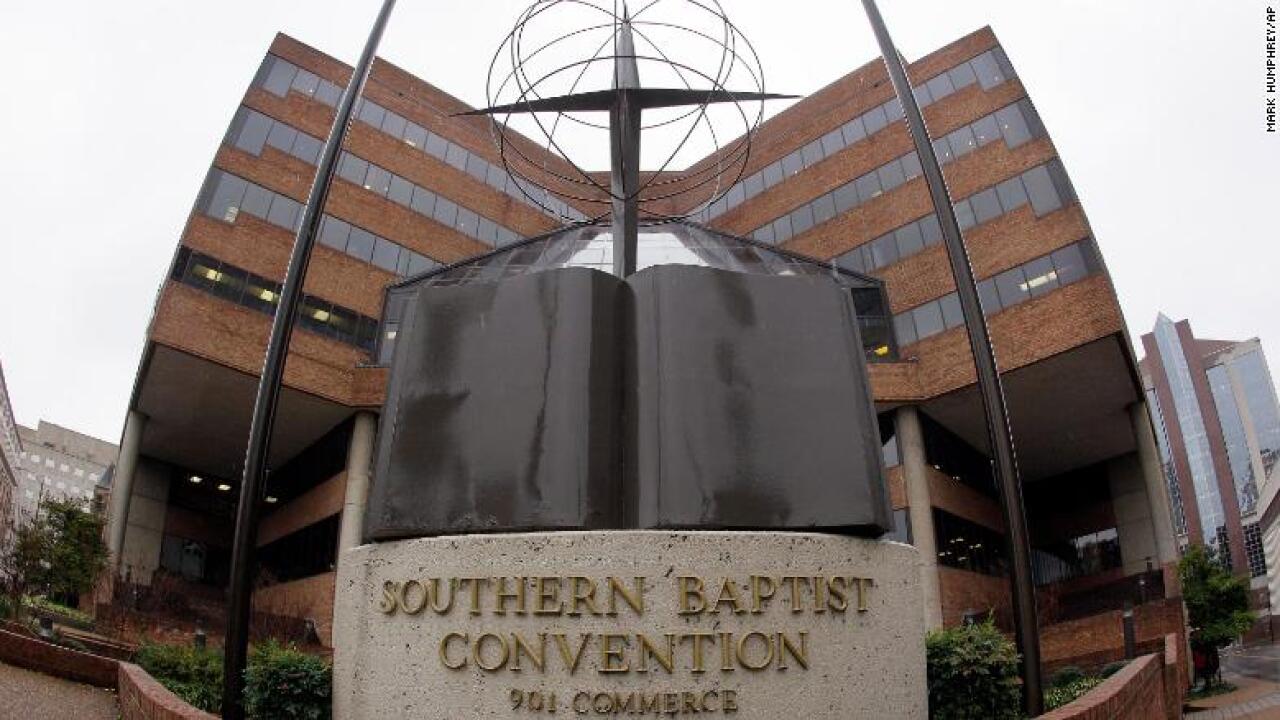 The Southern Baptist Convention approved measures at its annual conference to address an abuse scandal that has rocked the country’s largest Protestant church fellowship.

Some 8,000 representatives — called messengers — overwhelmingly approved a constitutional amendment Tuesday night stating that churches can be removed from the convention for failing to adequately address sexual abuse or exhibiting racial discrimination. Southern Baptists are meeting in Birmingham, Alabama, through Wednesday.

The constitutional amendment requires approval at next year’s convention for ratification.

“And I believe that every one of us needs to thank God for this moment.”

Southern Baptist messengers also approved a proposal to establish a permanent committee to field complaints about racism, clergy misconduct and churches that have mishandled abuse cases.

“While we may not understand it all and how it’s all going to work, we have done our very best to present to you a process,” Floyd said.

For years, the country’s 15 million Southern Baptists had largely considered abuse a “Catholic problem,” church leaders said. But that changed this year, with a series of journalistic exposes and an internal report that exposed a culture that often showed “indifference” to abuse survivors.

This year, The Houston Chronicle and San Antonio Express-News have published a series of shocking reports about abuse in Southern Baptist circles. About 380 Southern Baptist leaders and volunteers have faced allegations of sexual misconduct, according to the two Texas newspapers, which also found that in the past 20 years more than 700 victims have been abused, with some urged to have abortions and forgive their abusers.

“At its core, the gospel that you and I preach is about God’s commitment to protect the vulnerable,” Greear said. “This is not a distraction from the mission. Brothers and sisters, protecting God’s children is the mission of the church.”

On Friday, leaders of the Southern Baptist Convention released a 52-page report about abuse in the denomination, including survivors’ stories and mea culpas about mistakes church leaders have made.

“We lament the fact that it took a national movement of reckoning for abuse to force us to take this issue seriously in our own convention,” reads the report, conducted by advisors to Greear.

“It should now be obvious that the problem has been and still is more widespread than anyone has realized,” the report continues, “affecting our congregations all over the country, from the smallest church pastored by a bi-vocational minister to the megachurch with hundreds on staff.”

America’s Catholic leaders are grappling with similar issues this week. The US Catholic Bishops Conference is meeting through Thursday in Baltimore, where they are expected to adopt new measures to hold bishops accountable in the wake of several sexual misconduct scandals.