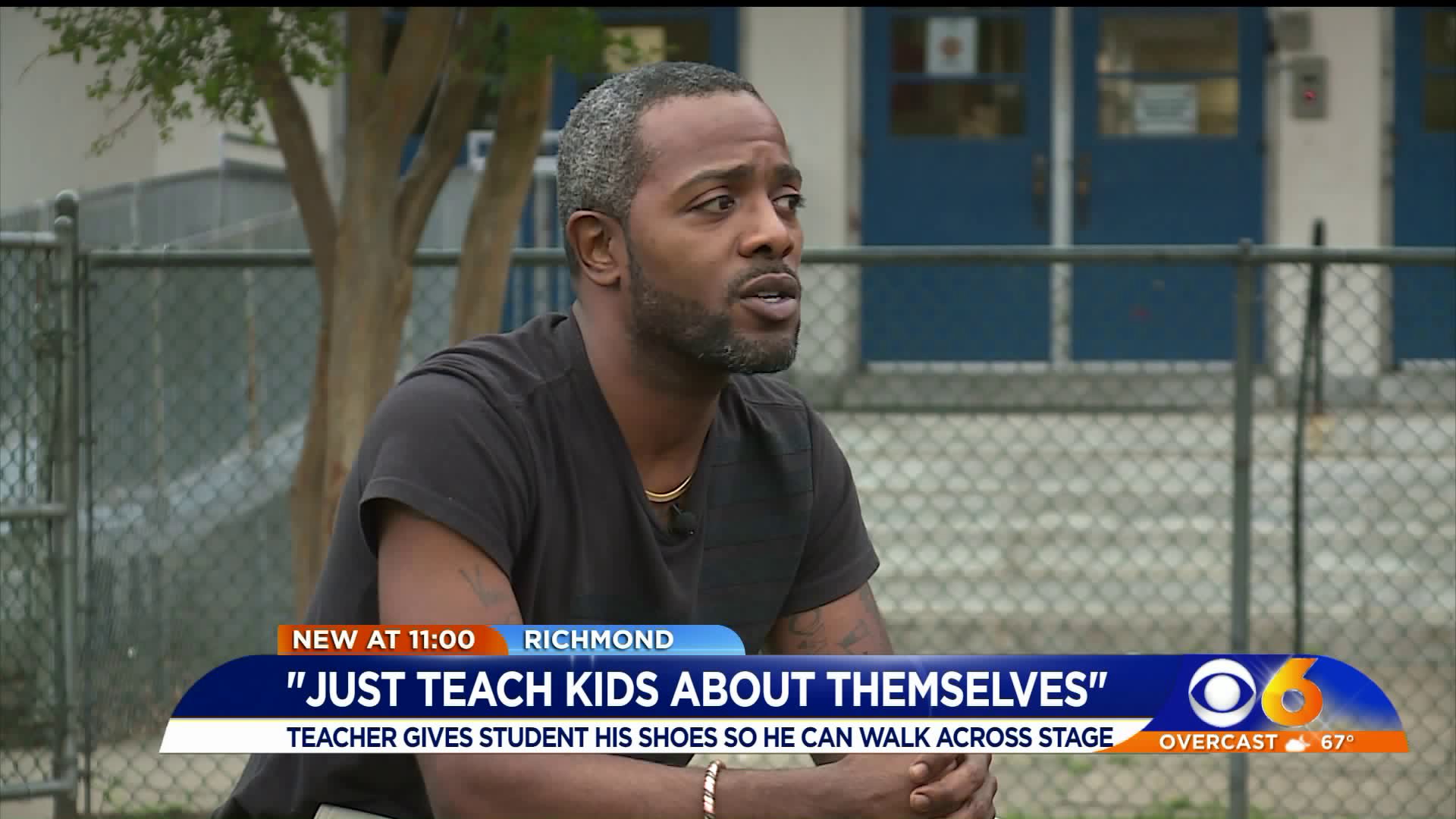 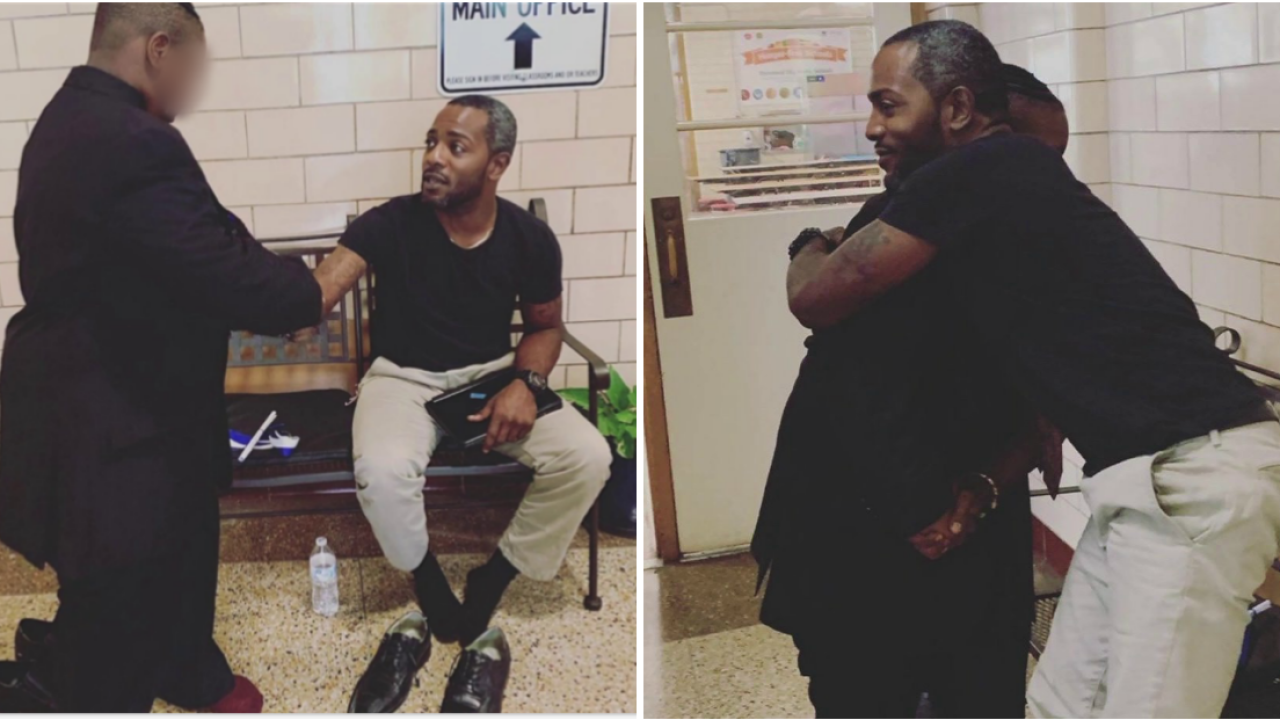 It all started when the student's shoes broke shortly before he walked across the stage to graduate from elementary school.

"Our guidance counselor brought the student and his mom to me and said help we need any supplies that you have," said Bradley Kopelove, an art teacher at George Mason Elementary.

But the supplies didn't work, so that's when Vohn Lewis, known to most as Mr. Lewis, stepped in.

"Me being me, sometimes my heart leads me to certain situations," said Lewis. "I said you can wear my shoes man, I wear a size 10."

A simple gesture that would go viral on Facebook.

"I almost cried, I was so thankful. That`s just how Mr. Lewis is and I knew that I could count on him," said Kopelove.

"It's really just something that I`d do any day for any child," Lewis added.

Lewis is a substitute teacher that came to George Mason Elementary School in February. He also became a mentor in the Brothers United Mentoring Program for young men of color.

"We wanted to be sure we put them with somebody that was going to be able to follow them all the way through their elementary school careers," said Derrick Bates with the program.

"Just teach kids about themselves and things they're going to face as black men and just be that positive role model," added Lewis.

Lewis said his biggest passion is making sure each student looks presentable every day.

"If I see a child with a shoe untied or a collar messed up. I can't sit there and let him walk by or walk by," Lewis said. "I'll definitely walk up to them and let them know, and that`s just me."

But mentoring has not always come easy for Lewis. Thoughts of giving up came two months ago.

"If I walked away back in April, this [today] wouldn't have happened," Lewis said.

But he said it was the children that kept him in the hallways.

"I stayed because I had to realize I was strong at heart and strong and strong at mind," said Lewis. "And I wasn't necessarily here for me, but for the children."

"I told him that he had to make a promise to me because it was nothing for me to do something like that for him." Lewis said. "But He has to keep in mind that one day he`s going to be in the position of Mr. Lewis and he has to do the same thing."