Chicken truck crash on I-95 backs up traffic for miles 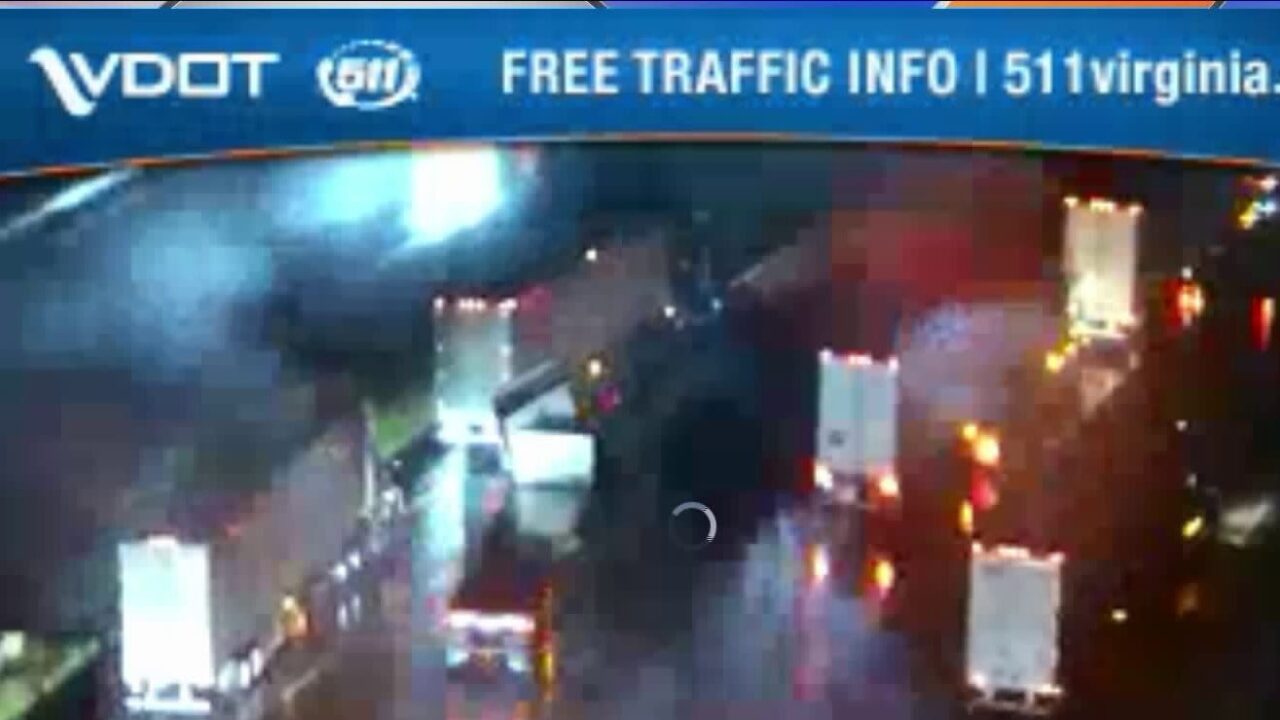 “The trooper’s preliminary investigation reveals that a Freightliner tractor and trailer was stopped on the right shoulder of northbound interstate 95 when he attempted to pull back onto roadway,” a Virginia State Police spokesperson said. “A Peterbuilt traveling in the right lane of travel struck the Freightliner in the rear. As a result of the crash the Freightliner lost its load of chicken and the Peterbuilt sustained damage that caused a diesel spill.”

The crash happened at about 3 a.m. near mile marker 97 (one mile south of Kings Dominion).

“Both adult male drivers were wearing their seat belts and did not sustain injuries,” the police spokesperson continued. “The driver of the Freightliner, which was pulling out from the shoulder, was charged with; improper stopping on the highway and unsafe lane change.”

Traffic was backed up five miles at one point Tuesday morning.