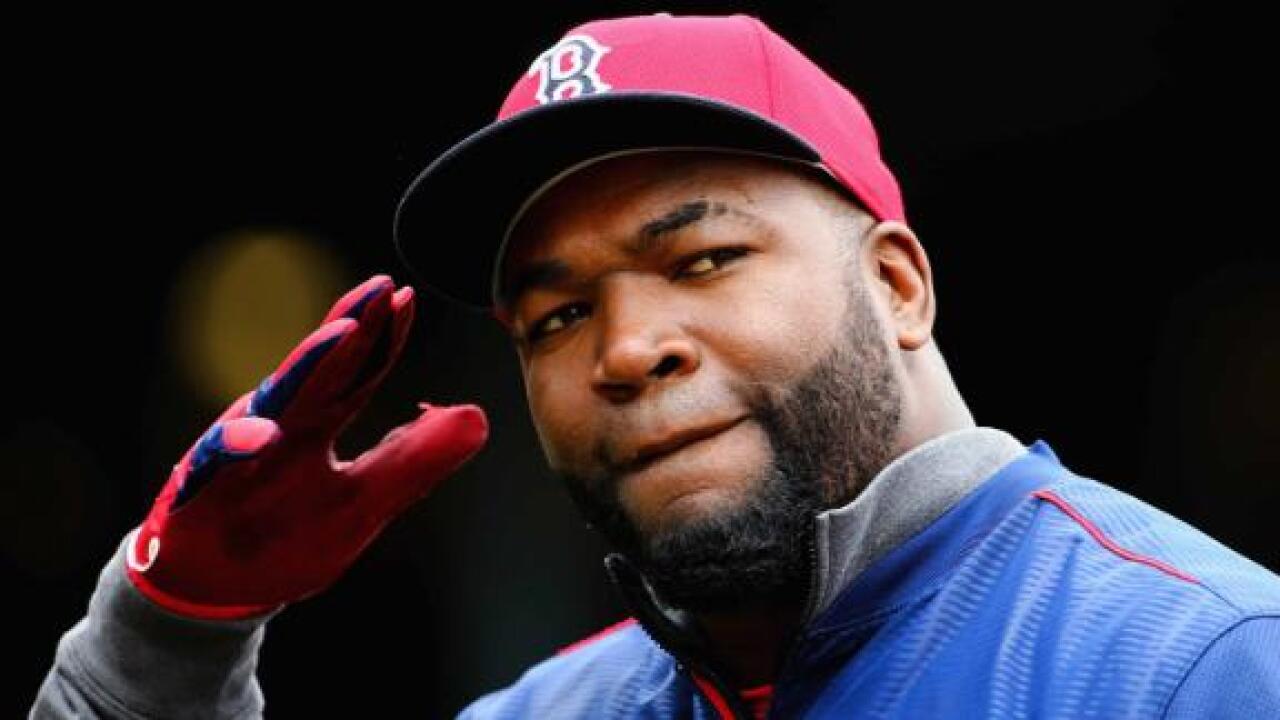 BOSTON, MASSACHUSETTS – APRIL 11: David Ortiz #34 of the Boston Red Sox enters the dugout after batting practice before the Red Sox home opener against the Baltimore Orioles at Fenway Park on April 11, 2016 in Boston, Massachusetts. (Photo by Maddie Meyer/Getty Images)

Former Boston Red Sox slugger David Ortiz was awake and resting Tuesday at a Boston hospital after a second surgery to address his wounds from his shooting over the weekend in the Dominican Republic, his wife said.

“He is stable, awake, and resting comfortably this morning” in Boston’s Massachusetts General Hospital’s intensive care unit, “where he is expected to remain for the next several days,” Tiffany Ortiz said in a statement released by the Major League Baseball club.

The Red Sox had sent a plane to carry their beloved retired star Monday to Boston from the Dominican Republic, his homeland, where he and a friend were shot Sunday night at a nightclub into Santo Domingo.

David Ortiz, 43, was shot in the back, and “the bullet went through his stomach,” Felix Durán Mejia, a spokesman for the Dominican Republic National Police, told CNN.

He had an initial surgery in the Dominican Republic, suffering bleeding in his liver and needing portions of his intestines and gallbladder removed, said Leo Lopez, his media assistant.

Ortiz exchanged words with his father and his sister before being sedated for Monday’s flight to Boston, and his wife — who was in the United States when the shooting happened — met him at the Boston hospital, Lopez said.

One suspect is in custody, and investigators are looking for at least one other man in connection with Sunday night’s shooting, police said.

The reason for the shooting wasn’t immediately clear. Ortiz does not know the man being held or why he was shot, and he’s confident it was not a robbery attempt, Lopez said Monday.

Tiffany Ortiz thanked Red Sox officials — including owners John and Linda Henry — for their support and helping her husband get to Boston for further treatment.

“I want to thank everyone for the outpouring of support and love that we have received during this incredibly difficult time,” she said.

Ortiz and his friend Jhoel Lopez, a television host, were shot Sunday night at the Dial Bar and Lounge in the Dominican Republic’s capital.

Surveillance footage from the club shows an area of packed tables. Clubgoers are drinking, mingling and fiddling with their phones when a shooter approaches from the top of the screen, a short video clip shows.

Only a shooter’s legs are visible when a shot is fired and apparently hits a seated Ortiz in the back. Ortiz slumps to his left and falls out of his chair. Frightened bystanders knock over chairs as they flee.

Ortiz’s agent, Fernando Cuza, who has seen the video, confirmed to CNN that the man who falls from his chair is Ortiz.

Jhoel Lopez was also shot, according to his wife, Liza Blanco. His condition was stable Monday, Blanco said, according to CNN affiliate Telesistema.

“They were both on their backs. It was very fast. He doesn’t remember much because he was also in shock from the bullet wound,” Blanco told reporters in Spanish.

One suspect is in custody, and another is on the loose

One suspect is being held after bystanders captured him, and another man is on the loose, Dominican Republic authorities say.

Eddy Vladimir Féliz García and the second man arrived at the Dial nightclub Sunday on a motorcycle before one of them eventually opened fire, police said.

They tried to drive away after the shooting, but the motorcycle fell to the pavement, police said.

A crowd attacked Féliz García and handed him over to police, while the second man fled, police said. The suspect was treated at Hospital Dr. Dario Contreras in Santo Domingo and is now in custody, police said.

Santo Domingo’s Ministry of Interior and Police announced a “provisional closing” of the Dial Bar and Lounge on Monday after the weekend shooting. The ministry’s Control of Alcoholic Beverages program initiated the closure.

The club has three days to give its account of what happened as police investigate the shooting, the ministry said.

After a police officer’s ID card was shared on social media implicating him in the crime, the Dominican Republic National Police denied any agents were involved.

“Our institution has no link to the event which occurred in the club Dial in the Venezuela Avenue, yesterday Sunday,” the National Police said in a statement.

Ortiz, also known as Big Papi, was reared in Santo Domingo and made his Major League Baseball debut in 1997.

The first baseman and designated hitter played 20 seasons before retiring in 2016. While Ortiz’s major league career began with the Minnesota Twins, he is best known for his 14 seasons in Boston as the Red Sox’s designated hitter.

Why Ortiz is beloved beyond baseball

In 2004, he helped the Red Sox to their first championship since 1918, ending the “Curse of the Bambino. Fans, mostly tongue-in-cheek, blamed the team’s decades-long championship drought on the 1919 decision to trade legend Babe Ruth, aka the Bambino, to the rival New York Yankees.

The 2013 championship came just months after the Boston Marathon bombings that killed three people and wounded more than 200 others. Ortiz emerged as a champion for the city in the bombings’ aftermath, and his tribute to Boston the day after police captured the bomber gained national attention.

“This jersey that we wear today, it doesn’t say Red Sox. It says Boston,” Ortiz said, standing on the infield as the crowd cheered police officers who were on the field.

“This is our f***ing city, and nobody’s going to dictate our freedom. Stay strong,” he said.

Ortiz retired after the 2016 season, and the Red Sox retired his number in 2017. He will be eligible for the National Baseball Hall of Fame at the end of 2021.

The Red Sox and other professional athletes sent Ortiz, a married father of three, prayers and wishes for a speedy recovery as news of the shooting surfaced.

“The events of last night shook our Red Sox family to its core,” Kennedy said. “David Ortiz is one of the most celebrated and beloved members of the Red Sox family. On behalf of our entire organization — our thoughts and prayers are with David.”

The team held a “moment of reflection, thought and prayer” for Ortiz at Fenway Park before the team’s game Monday against the Texas Rangers.

“It’s hard to believe, you know. Like I said, just keep praying, stay positive and when he comes back he will be taken care of and he’ll be back with us,” Cora said.

“He’ll be in that clubhouse with that big smile and that huge heart. … Back home they talk about superheroes without capes, and he’s a superhero without a cape. That’s the way we see him so he’ll be OK.”