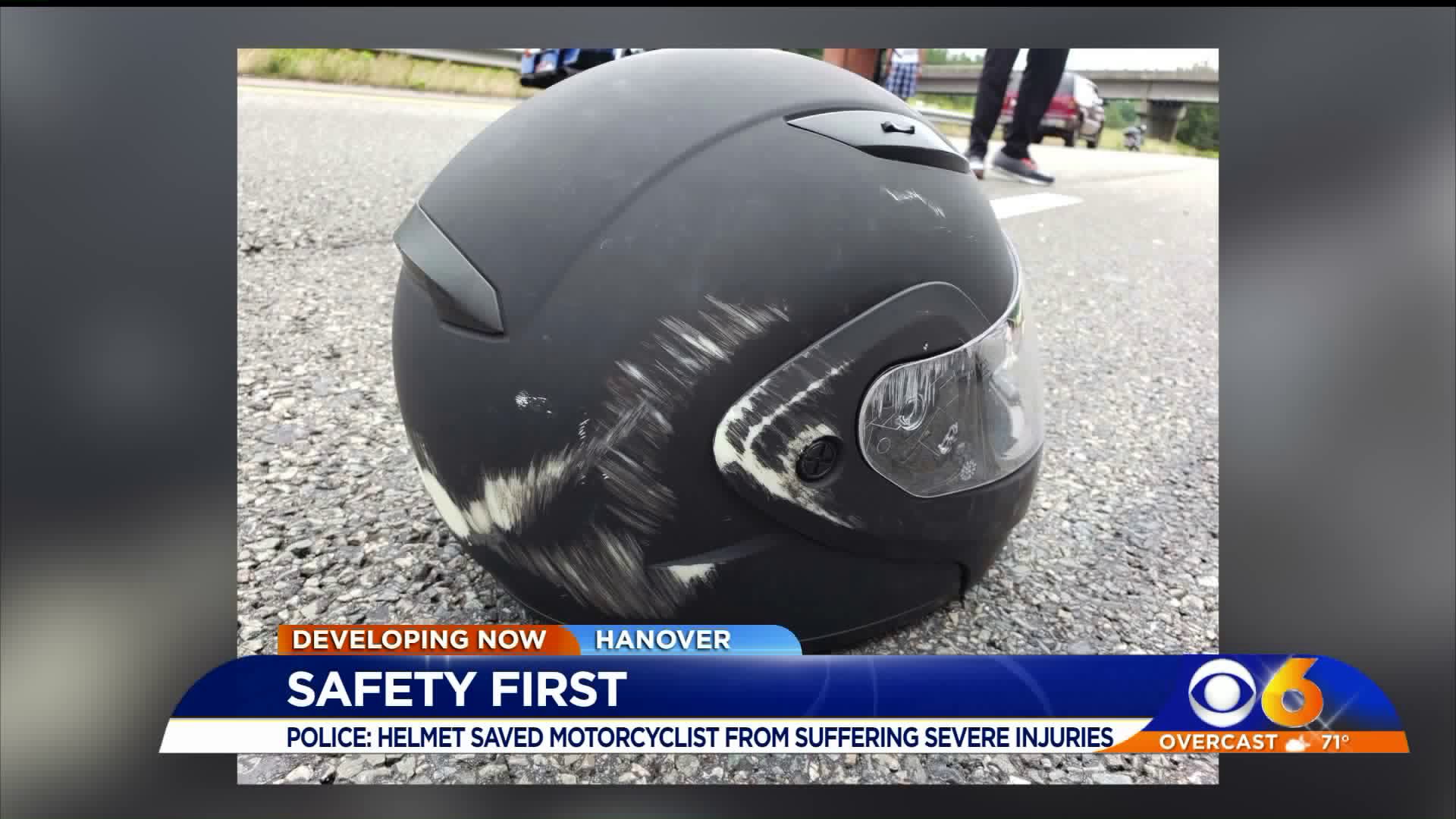 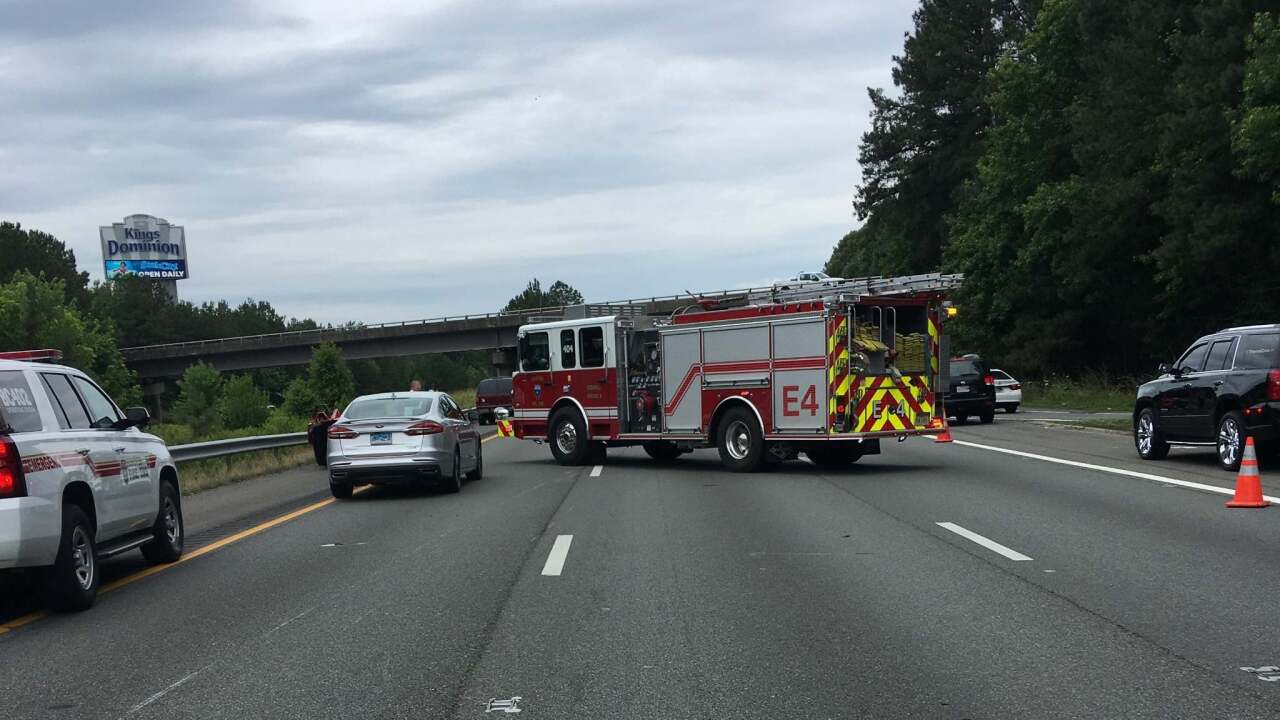 HANOVER COUNTY, Va. -- The crash that injured a Virginia motorcyclist on Interstate 95 Saturday afternoon remained under investigation Monday, according to Virginia State Police.

"The trooper's preliminary investigation reveals that a 2004 Harley Davidson motorcycle, driven by, William W. Robinson, 40, of Woodbridge, Va. was traveling southbound I-95 as he was approaching slower traffic, he locked his rear brakes, losing control, and overturned the motorcycle," a Virginia State Police spokesperson said. "Robinson was wearing his helmet and was transported to the hospital for treatment of serious injuries."

No charges have been filed in the June 8 crash which was reported at about 1:14 p.m. near the 98 mile marker.

Photos showed paint scratched off the front visor, side, and back of the motorcyclist's black helmet.

"I saw this accident. I was on the north bound side," Ellis Christol Dawson Jr. posted on Facebook. "Thank God the biker is going to be OK!"